Online gaming is a vast and rapidly expanding industry, with millions of people around the world participating in a wide variety of games on a daily basis. In recent years, there has been an increasing recognition of the need for regulations to help ensure the safety and fairness of online gaming, and to protect the rights of players. 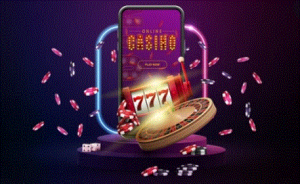 The Ministry of Electronics and Information Technology (“MeitY”) has issued the Draft Rules for Online Gaming in an effort to control and oversee online gaming, which is viewed as a radical move by the government. The purpose of this proposal is to protect players of online games from potential damage and guarantee that gaming corporations conform to Indian law. The regulations define an online game as one that is played on the Internet and in which the player makes a deposit with the intention and expectation of winning. However, the regulations do not clearly differentiate between games of skill and games of chance and fail to give the industry the much- required regulatory certainty.

According to the guidelines, online games must register with a self-regulatory body, and only games that have been registered and recognized by the body will be able to operate lawfully in India. The regulations also stipulate that online gaming intermediaries must do further due diligence and provide user protections. Further in this article we will understand the overall impact of these rules on safety of players, government revenue, increase in number of users and resolution of grievances.

IMPACT OF THESE RULES & REGULATIONS

Regulation will provide greater opportunities for the development and growth of the online gaming industry in India. Currently, many Indian players participate in unregulated or offshore online gaming sites, which can be risky and unreliable. Legalization and regulation would allow for the establishment of reputable and trustworthy online gaming sites within India, which would be subject to oversight and regulation by the government. This could give players greater confidence in the safety and security of the sites they use, and could lead to an increase in the number of players participating in online gaming activities.

Regulation will not only protect players from financially risky games, but also from games like “Blue Whale”, in which users were allegedly assigned online challenges or tasks that ultimately led them to self-harm or commit suicide. These games have been connected to a number of deaths throughout the globe and are believed to be especially deadly due to the fact that they frequently entail anonymity and are difficult to track. However, had it been regulated, the game would not have been certified. This comprehensive regulation of online gaming would presumably reduce the regulatory complexity at the state level, which has been a key hurdle for the industry. For example, the laws of the states of Assam, Odisha, and some part of Telangana explicitly ban online games with stakes/real money in India and cannot be played at any cost. These laws will go a long way toward safeguarding consumer interests and encouraging the prudent and transparent growth of the business.

Another potential benefit of the legalization and regulation of online gaming is the increased consumer protections it would provide. Currently, players who participate in unregulated or offshore online gaming sites have little recourse if they experience issues such as fraud or disputes with the site related to deposit or withdrawal of their money. In this draught of regulations, the adoption of clear norms and standards for the operation of online gaming sites, as well as systems for resolving disputes and addressing player complaints, have been recommended as possible solutions. According to the regulations, every online gaming intermediary must be equipped with a Grievance Redressal Mechanism and a Grievance officer in order to effectively address and resolve the concerns and complaints of their users. In addition, every self-regulatory body is required to establish a mechanism for the time-bound resolution of such user complaints that have not been resolved or addressed by the grievance redressal mechanism of its affiliated online gaming intermediary. This method must be able to address concerns that have not been handled within a reasonable amount of time. This could give players greater confidence in the fairness and integrity of the online gaming industry, and could lead to significantly raise the number of players participating in these activities.

The regulation of online games will help in expansion and growth of Digital Economy which has also been affirmed by Minister of MeitY, Shri Rajeev Chandrasekhar that “The rules are simple and we would like the online gaming ecosystem to expand & grow and be an important catalyst to India’s One trillion-dollar Digital economy goal by 2025-26”. The growth of the online gaming industry in turn could lead to the creation of new jobs and business opportunities within the sector, contributing to the overall growth of the digital economy. The regulation of online gaming will also help in increasing government revenue through taxes and licensing fees, as well as the ability to attract more players and this revenue could be used to fund various initiatives and programs aimed at promoting the growth of the digital economy, including investments in infrastructure, education, and research and development.

There are many benefits of these rules, but there are certain risks also involved. Accessibility and visibility of online gaming activities may lead to significantly raise the number of people becoming involved in activities that involve depositing money with the expectation of winning, which is one potential cause for concern. Another potential concern is the potential for an increase in gaming addiction. Illegal betting is already practised on a large scale in India, and there are fears that this could lead to significantly raise the number of instances of match-fixing and other forms of corruption. As a result, there may be concerns about the legitimacy of sporting competitions. The proliferation of online gaming will lead to a rise in gaming addiction as well as significantly raise the risk of fraud and other types of financial crime. While there are difficulties and risks involved with implementing these changes, there is a good chance that the advantages will, in the long run, exceed these factors.

These rules and regulation are very fulfilling, but there are certain things which should also be added in these rules. The rules should more specifically define what type of games will be included in the online games and be governed by these rules including the differentiation between games of skill and games of chance. The rules should provide harsh steps that must be taken against addictive and financially risky games. They should provide guidelines to safeguard children by imposing appropriate guidelines and protocols for a user to register for an online game. Due to the lack of a government regulator or organisation monitoring the sector till now, it is currently difficult to determine the real size and extent of the online betting market in India, therefore, starting immediately, comprehensive statistics should be collected in order to conduct a study of those affected by online betting games or other addictive or financially risky games. By implementing these modifications to the regulations, they will provide profitable outcomes and protect consumers from any risks.

Author: Saransh Khandelwal, a student of National Law University, Jodhpur, in case of any queries please contact/write back to us via email to chhavi@khuranaandkhurana.com or at Khurana & Khurana, Advocates and IP Attorney.