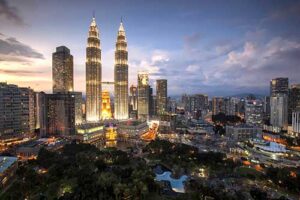 In addition, Malaysia is also a signatory to the Agreement on Trade-Related Aspects of Intellectual Property Rights (TRIPS) signed under the auspices of the World Trade Organization (WTO). Malaysia provides adequate protection to both local and foreign investors. Malaysia’s intellectual property laws are in conformance with international standards and have been reviewed by the TRIPs Council periodically.

Malaysia protects and governs Patent laws through the Patents Act 1983 and the Patents Regulations 1986. According to these statutes, An applicant may file a patent application directly if he is domiciled or resident in Malaysia.

The laws on Patent is similar to the legislation of other jurisdictions and is in compliance with TRIPS, the Patents Act stipulates a protection period of 20 years from the date of filing of an application. In accordance with the law, the owner of a patent has the right to exploit the patented invention, assign or transmit the patent, and conclude a licensing contract.

The Government can prohibit commercial exploitation of patents for reasons of public order or morality. The Act was amended to include provision for Patent Cooperation Treaty (PCT) and to allow importation under the scope of compulsory license.

Malaysia has acceded to the PCT in the year 2006 and effective from 16 August 2006, the PCT, which has enabled Malaysia to incorporate provisions for compulsory Licensing.