Government-imposed restrictions on the purchase and/or sale of currencies are known as exchange controls. By limiting currency inflows and outflows, which can lead to exchange rate volatility, these regulations help governments better stabilize their economies. The 14th article of the Articles of Agreement of the International Monetary Fund states that only nations with ‘transitional economies’ are permitted to use currency controls, at least legitimately. 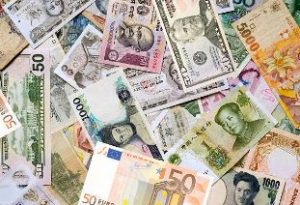 Many western European countries implemented exchange controls in the years immediately following World War II. The measures were gradually phased out, however, as the post-war economies on the continent steadily strengthened; the United Kingdom, for example, removed the last of its restrictions in October 1979. Countries with weak and/or developing economies generally use foreign exchange controls to limit speculation against their currencies.

Exchange controls can be enforced in a few common ways. A government may ban the use of a particular foreign currency and prohibit locals from possessing it. Alternatively, they can impose fixed exchange rates to discourage speculation, restrict any or all foreign exchange to a government-approved exchanger, or limit the amount of currency that can be imported to or exported from the country.

One tactic, companies use to work around currency controls, and to hedge currency exposures, is to use what are known as forward contracts. With these arrangements, the hedger arranges to buy or sell a given amount of an un-tradable currency on a given forward date, at an agreed rate against a major currency. At maturity, the gain or loss is settled in the major currency because settling in the other currency is prohibited by controls. The exchange controls in many developing nations do not permit forward contracts, or allow them only to be used by residents for limited purposes, such as to buy essential imports. Consequently, in countries with exchange controls, non-deliverable forwards are usually executed offshore because local currency regulations cannot be enforced outside of the country.

In April, the central bank gave financial institutions the go-ahead to change customers’ earned foreign cash into kyat within one working day. Additionally, existing investments in foreign currencies were supposed to gradually be converted into kyats. The bank released a notice in the middle of June exempting businesses that have at least 10% foreign ownership, which covered the vast majority of international firms conducting business in Myanmar. According to insiders, it has since revoked this exception in a new notification.
Businesses operating in special economic zones and those making investments that have been approved by the Myanmar Investment Commission are anticipated to continue to be excluded. The prohibition on currency exchange comes at a time when Myanmar is severely short on foreign money as a result of its military takeover in February 2021. The Foreign Exchange Supervisory Committee, which the government established in April, now needs to approve any conversions from kyat to a foreign currency or international money transfers. Foreign debt designated as a priority by the FESC will be repaid with money obtained from the forced conversions.

In relation to the implementation of its previously stated required foreign currency conversion requirements as set forth in Notification No. 12/2022, the Central Bank of Myanmar issued Notification No. 36/ 2022 on August 5, 2022. All foreign cash earned by citizens of Myanmar must be deposited in banks with foreign exchange licences and changed into Myanmar kyat within one working day of receipt, according to Notification 12, which was released on April 3rd, 2022.

Exporters are now required to convert 65% of their export earnings into Myanmar Kyat rather than 100% as stated in Notification 12, according to Notification 36, which changes the requirements for exporters. On August 16, 2022, CM released a letter outlining further conditions outlined in Notification 36. The letter also instructed AD Banks to complete the acquisition of the 65% needed to convert money into Myanmar Kyat within one business day.
A new official reference currency rate of US$1 to MMK2,100 was announced by CBM on August 5, 2022, replacing the previous rate of US$1 to MMK1,850. In compliance with Myanmar’s mandate to convert foreign currency transfers and balances to local currency using the official CBM rates, authorised dealer banks planned to start using the revised rates on August 5, 2022.

The CBM released another notification exempting: Foreign direct investments operating under a permission of the Myanmar Investment Commission (MIC); Investments operating in a special economic zone; Diplomats and their family members; UN employees; and Foreign employees from foreign development agencies in response to complaints from a number of business chambers and the general outcry of the business community. Currently, it is not feasible to transact locally in foreign currency, and transactions to other nations require prior approval from the Central Bank of Myanmar and, in most cases, the relevant Ministry.

Myanmar is not exempt from the current global economic downturn. Since the COVID-19 epidemic and the declaration of the state of emergency, which occurred as the government fought the pandemic, Myanmar’s economy has suffered. Foreign direct investments have decreased and business operations and investments into Myanmar have suffered.

Author: Tanya Saraswat, in case of any queries please contact/write back to us via email to chhavi@khuranaandkhurana.com or at  Khurana & Khurana, Advocates and IP Attorney.