Can Technicalities In The Copyright, Be Allowed To Water Down The Original Artwork

Lord of Rings : Rings of Power is a series of 5 seasons streaming on Amazon Prime Videos, streaming from 1st September, 2022. This series is most expensive television series ever made. The fans of Lord of the Rings rejoiced when the show was announced as it was publicised that Rings of Power will depict the back story to Lord of Rings. However in an interview, showrunners J.D. Payne and Patrick McKay cleared that, in fact, they do not have copyright for the book The Silmarillion, which is a prequel to the story of Lord of the Rings. Tolkien fans were left wondering and concerned on how the series is set to tell a story of that era without access to the base materials. 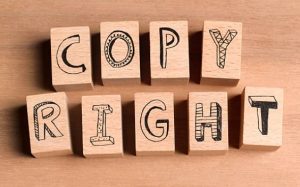 Arda, the world of Sir J.R.R. Tolkien is divided into 3 major eras; First, Second, and Third Ages. We all have witnessed and loved the cinematic masterpieces i.e. Lord of the Rings and the Hobbit Trilogy showing us the Third Age of Tolkien’s world. Different sets of books describes all these different ages such as The Silmarillion, describes the beginnings of his and Second Age, the Children of Húrin, Beren and Lúthien and The Fall of Gondolin, Unfinished Tales, gives insight about the Second Age and early Third Age, The Hobbit and The Lord of the Rings, concluding the Third Age. The Rings of Power series, which is set to narrate the Second Age, does not have copyright to the books which describes the Second Age. Christopher Tolkien, son of Sir. J R R

Tolkien, holds the authorial copyright on The Silmarillion, as Sir J.R.R. Tolkien expired before completing the book as the book was later completed him. As per current copyright laws, the copyright will not expire until 70 years after Christopher’s death, and not in 2043 when the copyright on the works of J.R.R. Tolkien will expire. The Amazon Studios have rights solely to The Fellowship of the Ring, The Two Towers, The Return of the King, the Appendices, and The Hobbit.

It is the interview of the showrunners J.D. Payne and Patrick McKay with Vanity Fair that sparks the scepticism. An excerpt of the said interview is as follows 1)
“So what did Amazon buy? “We have the rights solely to The Fellowship of the Ring, The Two Towers, The Return of the King, the appendices, and The Hobbit,” Payne says. “And that is it. We do not have the rights to The Silmarillion, Unfinished Tales, The History of Middle-earth, or any of those other books. There’s a version of everything we need for the Second Age in the books we have the rights to,” McKay says. “As long as we’re painting within those lines and not egregiously contradicting something we don’t have the rights to, there’s a lot of leeway and room to dramatize and tell some of the best stories that [Tolkien] ever came up with.””

So the justification offered by the showrunners is that they have enough references of the Second Age in the books for which they have copyright. It is under the garb of such technicalities, the showrunners are justifying their copyright over the depiction of second.

A past historical incidence is referred in storytelling to either remind the audience of the past or dramatize the future storytelling. It will be pertinent to note that such references are brief and in no way substitutes for entire historical account. The stories that are set to be depicted by the show are not independent short stories that have reference in the Third age, but the story of entire second age. The said age is deeply explained by Sir Tolkien in The Silmarillion. This is a flagrant violation of copyright as it is not narration of authors original work, but a fanfiction written by the showrunners with references found in the Third age. The showrunners have knitted their own version of second age story with the available material leaving out the essence and intricacies painstrikingly penned down by Sir Tolkien.

Moral Rights of Author: Every author has two kinds of rights over his work, economic and moral rights. The moral right is the right to oppose changes in his work that could harm his reputation. This concept is also recognised under Section 57 of The Copyright Act, 1957. Section 57 (which is in accordance with Article 6bis of the Berne Convention) briefly states that even after the assignment either wholly or partially of the said copyright, the author of a work shall have the right to restrain or claim damages in respect of any distortion, mutilation, modification or other act in relation to the said work if such distortion, mutilation, modification or other act would be prejudicial to his honour or reputation. The story is nothing but a mutilated version of the Second Age as the showrunners have no copyright over the relevant books.

In the case of Mannu Bhandari v Kala Vikas Pictures Ltd 2) the High Court of Delhi considered a similar matter wherein a mutilated version of the Novel of the plaintiff was depicted into a cinema. The court observed that Section 57 is the statutory recognition of an author’s intellectual property and must be protected with special care. Hence, a modification will be found to violate Section 57 if it results in the modified work appearing quite different from the original; or amounts to a perversion of the original. Tom Shippey, The Lord of the Rings scholar and former consultant on The Lord of the Rings: The Rings of Power, was fired from the Prime Video show because he was warning them that they were “polluting the lore.” This fact establishes that the depiction is far from original work.

Moral rights are derived from the fact that a work of art reflects the personality of the author or creator. Ofcouse a creative liberty has be exercised while adapting an art into different forms of expression. However the creative liberty should be exercised with caution not to degrade the essence of original art. The showrunners hence have provided an explanation that as long as they have the structure and the characters of the story, they can exercise their creative liberty. It is evident from the first few episodes of the show that this creative liberty is violated as the show does not reflect the original work of Sir Tolkien’s.

The show is already criticized for changing some major character arcs and storylines. 3) Characters such as Elrond, Galadriel, Prince Durin IV, Celebrimbor, Isildur, Queen Regent Míriel, Elendil, Ar-Pharazôn and High King Gil-galad, all of whom either appeared in or were referenced in Tolkien’s stories, are set to be included in the narrative. Meanwhile Bronwyn, Arondir, Princess Disa, Halbrand, Sadoc Burrows, Poppy Proudfellow, Largo Brandyfoot, Elanor ‘Nori’ Brandyfoot, Theo, Eärien, Marigold Brandyfoot and Kemen all appear to be original creations made for the series, having no clear source in the original works.

The reputation and fanbase of J.R.R. Tolkien is widely exploited during the promotion and fund raising of the show. The showrunners are misleading the audience by stating that it is prequal to Lord of the Rings saga, which to a prudent mind means that it is depiction of Tolkien’s work in The Silmarillion. The story is nothing but interpretation of showrunners of the second age based on the Appendices and books to which they have a copyright for. The show is passing off of J.R.R. Tolkien work. Having same characters and a similar general storyline is not same as the original story.

The spirit of Copyright Law is to protect the essence art and interest of the artists. The technicalities in law cannot be allowed to rupture the spirit of Law. A tribute to a true artist is to tell his art as whole and not to rupture it apart and weave a new story with its tatters. The fans deserve depiction of the original story of J.R.R. Tolkien and not a waterdown version of the same.

Author: Adv. Asawari Ghate, Pune, Maharashtra, in case of any queries please contact/write back to us via email to chhavi@khuranaandkhurana.com or at  Khurana & Khurana, Advocates and IP Attorney.