In the pervasive era of digitalization, intermediary liability has become an intensely contested topic. The Information Technology Act, 2002, under Section 2(w), defines intermediary as – “Intermediary with respect to any particular electronic message means any person who on behalf of another person receives, stores or transmits that message or provides any service with respect to that message”. This definition has been further refined in the Information Technology Rules of 2021, which defines a social media intermediary as – “an intermediary which primarily or solely enables online interaction between two or more users and allows them to create, upload, share, disseminate, modify or access information using its services.” 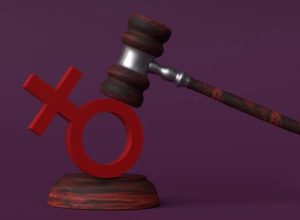 Therefore, the legal understanding of an intermediary is confined to the facilitation of interaction between individuals. Due to the remoteness of internet or social media intermediaries, there can be instances where the location of intermediaries can have inimical consequences on the ability to seek redressal for any perceived violations of law. The recent case of Neetu Singh & Anr. V. Telegram FZ LLC & Ors (2022) is one judgement that seeks to clarify some of the ambiguities surrounding intermediary liability in the field of copyright infringement.

Neetu Singh (Plaintiff 1), is an author whose books have acquired popularity for their content on competitive examinations such as Staff Selection Commission (SSC), Bank Probationary Officer (PO), and NDA. Moreover, due to the dynamic needs of the classroom during the pandemic period, her coaching center M/S K.D. Campus (Plaintiff 2) adapted to the situation by conducting online classes which were available on her Telegram channel. According to her, the defendant Telegram, a messaging app, is responsible for hosting channels that are complicit in the unauthorized dissemination of her copyrighted work through course material, online lectures and other works, which amounts to copyright infringement. Telegram had been contacted to discontinue the existence of these infringing channels. Despite efforts, she was powerless against recurring instances of new channels that contained the same infringing content. Due to the frustrating state of affairs, she filed a suit in the Delhi High Court seeking discovery of the details of the persons who were operating the channels through the medium of Telegram.

Arguments by the Parties:

The counsel on behalf of the Plaintiffs argued that, as per the pertinent clauses of the Privacy Policy of Telegram , in case of violation of any law by its channels, Telegram was liable to suspend those channels and disclose requisite information regarding the people running those channels. Moreover, to stop the onslaught of new channels that were cropping up by making minor alterations, such as the addition of a prefix or suffix, the counsel emphasized the necessity for the disclosure of the identity of the persons who were illegally disseminating the information to empower the Plaintiffs to enforce their legal rights against the infringers.
According to the counsel for the Defendant, the extant arrangement of contacting Telegram to suspend the impugned accounts was adequate to protect the interests of the Plaintiffs. He also relied on the judgement of Justice K.S. Puttaswamy v. Union of India & Ors. to aver that unless there exists a specific law regarding information disclosure, the Defendant cannot be directed to perform such an act. Further, it was also vehemently asserted that since the servers of Telegram containing encrypted data were based in Singapore, decryption of the same data should be as per the provisions of Singaporean law i.e., Personal Data Protection Act (PDPA) of 2012.

The Court recognized the difficulty of locating the owners of the Telegram channels who were not only disseminating infringing content but also monetizing it under masked identities. Further, the Court noted that the infringement was concentrated in Delhi since the copyrighted works were being circulated there and the materials also comprised content that was relevant to the Indian scenario since it contained preparatory content for Indian competitive examinations. Therefore, the Court’s jurisdiction could not be ousted on the basis that the channels were hosted on the Telegram app whose servers were situated abroad.

As far as the Plaintiffs’ rights and liabilities under the prevalent legal system are concerned, they can be ascertained in the context of ‘literary works’ under Section 2(o) of the Indian Copyright Act 1957. The videos that were compiled by the Plaintiffs also satisfied the criteria of ‘cinematograph film’ under Section 2(f) of the Act. Due to their status as valid works under the Act, Section 14 recognizes exclusive rights that are conferred upon the copyright owner such as electronic reproduction of work, and issuance of copies of the protected work. Consequently, its illicit dissemination would be a contravention of the aforementioned provisions and thereby, constitute an infringing copy under Section 2(m) and the Plaintiffs were eligible for civil and criminal remedies provided under the Act. Further, Court opined – “infringement of copyright is indisputably a serious matter as it involves valuable rights of owners of copyright. The significance of the protection and enforcement of such rights cannot be diminished, merely due to the growth of technology, which has made infringers easy to hide and conceal their illegal activities”.

The most prominent aspect of this case relates to the origin of the infringing copies of the copyrighted works. Under Section 79(3)(b) of the Information Technology (IT) Act 2000, Telegram is obligated to remove or disable access to unlawful material without vitiating the evidence. Additionally, Rule 3 of the IT guidelines directs the intermediaries not to host, display, upload, modify, publish, transmit, update or share any information that is tantamount to copyright infringement, thereby obviating any possible recourse to relief under the information technology laws.

Even the defendant’s invocation of the Puttuswamy judgement was nullified due to the Supreme Court’s acknowledgement of the fact that encroachment of the right to privacy cannot be relied on as a ground for non-disclosure if there is an express law that requires disclosure of information. In this case, the Copyright Act empowers the infringing copies to be taken into custody, thereby permitting the circumvention of the right to privacy. The Court even pointed to the relevance of Section 81 of the IT Act 2000 which supplements the rights bequeathed under the Indian Copyright Act.

Thus, to ensure that the protection of copyrighted works evolves with the needs of the present times, the Court held that the mere fact of Telegram locating its servers in Singapore was insufficient to dissuade the disclosure of information for infringement that was concentrated within India. Any other judgement would have rendered the Plaintiffs defenceless and reduced their rights granted under the Indian Copyright Act to a pretence. Consequently, Telegram was directed to disclose the relevant details of the channels and devices that were instrumental in the illegal dissemination of the copyrighted material.

Author: Anuparna Chatterjee, in case of any queries please contact/write back to us via email to chhavi@khuranaandkhurana.com or at  Khurana & Khurana, Advocates and IP Attorney.