An alternative dispute resolution method called mediation uses a third party or group of third parties to assist in reaching a mutually acceptable settlement. This type of ADR mechanism has roots that go back as far as human history is known. Due to its low cost, ease of use, and efficiency, mediation was avidly adopted by the Indian Judicial System. Another widely held belief in the Indian market is that commercial issues can be amicably resolved through the mediation process, which can lead to the paradigm of “ease of doing business.”
A division of the high courts called fast-track courts was established in the 188th Law Commission Report. A 2009 resolution was introduced in the parliament, and it later underwent review to examine the extent of civil matters. The establishment of commercial courts, commercial divisions, and commercial appellate divisions of the high courts was advocated in the 253rd Law Commission Report. The Commercial Courts Act of 2015 was passed as a result. Pre-institution mediation is now required under the 2018 amendments to the Act in cases where no immediate interim relief is demanded. 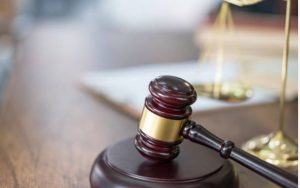 The clause requiring the parties to exhaust pre-institution mediation remedies before filing a lawsuit of a commercial nature is outlined in Section 12 A of the Commercial Act 2015. The Commercial Courts (Pre-Institution Mediation and Settlement) Rules, 2018, were developed with the goal of bringing clarity to the pre-institution mediation process within a set time frame. However, the absence of mediators from other fields is becoming more noticeable in the context of mediation. Due to a dearth of subject-matter specialists to serve as mediators, many commercial disputes are difficult to resolve amicably.

If we take a look at the most recent case of Ganga Taro Vazirani vs. Deepak Raheja, it contains a straightforward claim that requests for the recovery of money that the plaintiff provided to the defendant. Since no attempt was made to mediate the dispute, the court found that section 12A did not require it. The court came to the conclusion that this criterion is procedural and that it does not need to be materially satisfied. For the sake of ensuring a speedy conclusion, Section 12A was found to be incompatible with the intent of this law and is therefore waivable. The plaintiff must first meet with the mediator under section 12A before being given permission to institute litigation. This technically contradicts the rapid justice mechanism, the court noted. However, the court also noted that mediation will be useless if one party’s arguments and claims are compelling enough to prevail in court.

ANALYSIS OF MANDATORY MEDIATION IN OTHER COUNTRIES IN RELATION TO INDIA

The pre-institutional mediation situation that is currently in effect in India is somewhat comparable to the Opt-Out Mediation Model that Turkey and Italy have followed when conducting mediation in their respective jurisdictions. Since mediation is merely a straightened type of dialogue between the parties, the model gives the aggrieved party the option of rejecting the mediation process and choosing to go through the courts. Pre-litigation mediation is currently a contentious topic not only in India but also in a number of international jurisdictions, such as Turkey and Italy. The debate centers on whether these nations should adopt new mediation models, broaden the application of their current pre-trial mediation provisions, or change their existing laws to encourage voluntary mediation in order to clarify the ambiguity concerning whether pre-litigation mediation should be mandatory or permissive.

In Turkey, the new legislation that took effect in 2019 for commercial disputes stipulates that the parties to a business dispute involving pecuniary claims may only proceed to court if the pre-litigation mediation procedure has been completed and a final report is produced by the mediator announcing the parties’ failure to resolve the matter. The case will be dismissed for procedural reasons without further consideration of the merits if the parties do not initially attempt mediation. However, the Turkish law does not prevent the parties from providing interim relief, when necessary, much to the Commercial Courts Act of India amended in 2018. In Turkey and other countries, mandatory mediation for commercial disputes is still common. Due to its better success rate in resolving conflicts between the parties, mandatory mediation for commercial disputes tends to be still prevalent in Turkey and has been adopted by nations like Romania and Greece.

Prior to the Italian Parliament’s 2013 adoption of revisions to the country’s mediation regulations, the success rate of mediation in Italy was not very high. The newly modified law requires all locally licensed attorneys to take part in mediation processes. By removing all forms of animosity and making the agreement made between parties obligatory and formally signed by them, the new law attempts to encourage the mechanisms of mandatory mediation. According to sources, 8% of commercial and civil conflicts that arise in Italy must go through mandatory mediation, while the remaining instances are optional. The unsatisfied party does, however, always have the option of choosing court action, but only after the mediation process has been completed.

SCOPE OF PRE-INSTITUTION MEDIATION IN INDIA

The 2018 amendment to the Act that added section 12A modifies the process for resolving business disputes and lessens the workload on the courts by requiring pre-institution mediation procedures. Although the section contains voids. It is crucial to prevent mediation in India from starting out on the same route as arbitration. As was previously mentioned, the pre-institution procedure is required in India and must be chosen before accessing the grounds of Commercial courts. The incorrect understanding of the word urgent has prevented parties in India from choosing mediation. Very few pre-institution mediation implementation tools exist, and the provision doesn’t specify any requirements for mediator training. Turkey requires mediators to complete a training programme in order to be qualified to resolve conflicts. A proper quality control procedure should be applied to the mediator’s behavior. There aren’t many pre-institution mediation implementation procedures, and there aren’t any requirements for mediator training in India. The government should put in place additional outside mediation centers in order to start the initial mediator proceedings. The mediators should use more acceptable evidence privately to give justice for the party they think appropriate because the system is more informal in character. This will ensure that the mediation is successful. According to reports, India falls behind of Turkey and Italy in providing statistical analysis of the issues that have been proposed for mediation.

There is much need for improvement in India’s pre-institution mediation procedure for commercial conflicts. The dynamic of mediation is going in the right direction, and training will help a little bit in enhancing the mediator’s ability to arbitrate. The parties’ desire to participate in mediation and its success can both be enhanced by a thorough mediation process. There has to be more judicial awareness at all levels in cases where mediation is a viable option for alternative dispute resolution. Mandatory mediation’s ability to be successfully implemented might significantly reduce the workload of the courts. The Indian judicial system as a whole would need to be revitalized with more than just one pillar.

Author: Shreya Chauhan, A 4th-year law student from Maharaja Sayajirao University (MSU), Baroda,  in case of any queries please contact/write back to us via email to chhavi@khuranaandkhurana.com or at  Khurana & Khurana, Advocates and IP Attorney.