Copyright is a sui generis right, a right which is unique and exists immediately upon its creation. The first owner plays a significant role and is accountable for both registration and enforcement as the owner of the copyright has the exclusive right to assign, prevent usage and monetize from his original works.

OWNER OF THE WORK 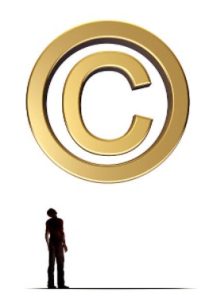 The term “Author” refers to a person who composes, gathers, organises and writes the work under consideration. However, frequently the person doing these tasks may not be the one who had the original idea for the work; instead, the concept may have been proposed by another individual. The idea of an author was developed because unless the person who had the original idea was also the person who created the work, they did not own the copyright to it. The author’s rights under the Copyright Act of 1957 are not based on the author’s nationality, although there are several requirements that must be met in accordance with Section 13(2) [1]of the Act.

The following are the crucial qualifications:

The creator of a work should be regarded as a resident of or domiciled in the country of which he or she was a resident or where he or she was domiciled, in accordance with Section 7[2] of the Copyright Act of 1957, where the creation of the work was stretched out for a significant period of time.

Architectural works that are copyrighted must be created in or located in India; only in those circumstances are they eligible to avail benefit from the Indian Copyright Act, 1957.

The Author is typically the first owner of the work and in accordance with Section 2(d) [3]of the Copyright Act, the following is a description of each Author:

Section 17(a)[4] deals with literary, dramatic and artistic works that are made in the course of employment. According to this section unless otherwise agreed, for the purpose of reproduction and publication the owner of the newspaper agency or any such proprietor under whose employment the original work was made becomes the first owner of such literary, dramatic or artistic work. However, for all purposes other than the aforementioned, the author is the first owner.

Section 17(b)[5] talks about when a photograph is taken, painting is made, engraving is done or cinematographic film is made at the instance/instructions of a person, then the person at whose instance it was made is the first owner of such work. This rule only applies if there is no agreement to the contrary between the parties.

Section 17(c) [6]states that in case a work is made in the course of employment and provisions of Section 17(a) and 17(b) do not apply then the employer is the first owner.

In the famous case of V.T. Thomas and Ors. vs Malayala Manorama Co. Ltd (AIR 1989 Ker 49)[7], the employee, an artist had created a cartoon character before his employment with the publishing house Manorama and he continued to use it even after his employment ended. The publishing house contended that they were the first owners of the copyright as the cartoon was used by them during the employment of the artist. It was held that although the cartoon was used by Manorama, it was not created by the artist during his employment with them therefore only he was the first owner of the work.

In Neetu Singh v. Rajiv Saumitra[8], while the Court acknowledged that the plaintiff served as the company’s director from 2012 to 2014, it made notice of the defendant’s inability to establish who actually wrote the literary work within the parameters of their directorship duties and obligations.

In Chidambare v. Renga[9] the court ruled that when there’s an obligation on a person to do something and in carrying out of such obligation, he transfers an interest, such transfer is for valuable consideration.

The Copyright Act of 1957 has accurately segregated owners, authors and their rights as is explained above. In instances where the employment of a person is in question w.r.t. the first ownership of a work, it may be sufficient to review the contract that the parties entered into and the terms and conditions thereof.

While the prevalent belief is that the person who creates an original work is the first owner of the copyright, Section 17 of the Copyright Act very accurately describes the concept of first ownership. With proper jurisprudence in place, one can only hope that number of copyright infringements cases reduce owing to the clarity established by the act and precedents.

Author: Aayushi Singh (intern),  in case of any queries please contact/write back to us via email chhavi@khuranaandkhurana.com or at Khurana & Khurana, Advocates and IP Attorney.