The concept of Bad Faith refers to the intentional misuse of the terms of a contract, a situation wherein a party refuses to fulfil their part of a legal or contractual obligation, or entering into such a contract in which the disputed party is aware of their inability in the completion of the assigned terms. Although Bad Faith has seen its sustenance in all areas of law, the current article has narrowed down the concept and ventures into bad faith in copyright law alone. 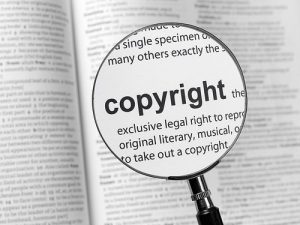 With regard to copyright, the principle of “fair use” forms a predominant aspect in determining the question of infringement of the work. This principle seeks to strike a balance between the rights available to the author and that of the user who seeks to utilize the copyrighted material. The article in this regard, places analysis on the fair use principle of copyright with reference to the concept of bad faith.

Critical Juncture of Varied Concepts- Fair Use and Bad Faith

The Doctrine of Fair Use serves as an exception to copyright infringement. Although the concept has been nowhere defined in the Indian Copyrights Act, 1957, it is a principle that has been widely accepted by the Courts. The principle allows the limited usage of the work, thereby not undermining the protection provided under the Act and maintaining the originality and sanctity of the copyrighted work.

As there is a thin line of difference between the principle of fair use and infringement, the jurisprudence relating to such matters have had varied stances across different jurisdictions. What differentiates fair use from infringement amongst other factors, is the intention of the party which, in better terms can be connoted as “Bad Faith”.

Judicial and legal frame of reference regarding the concept of Bad Faith consists of several decisions covering a wide ambit of scenarios. Where a defendant obtains a copyrighted work without due authorization, or a situation where the defendant uses the copyrighted work without prior permission has been seen as a conduct of bad faith. In addition, omission or failure of acknowledgement of the plaintiff as the original author also establishes intention and therefore amounts to bad faith. In India, there are not many authorities citing bad faith as a concept in copyright. Foreign jurisprudence, especially the US, have ventured into the notion, albeit in a very brief manner.

In the case of Harper and Row, Publishers Inc. v. Nation Enterprises, the court emphasised that the fair use entails the disputed party’s good faith as well. This case involved the defendant’s use of the copyrighted material without obtaining prior permission and therefore, failing to acknowledge the work of the plaintiff. However, to quite the contrary, in the case of Campbell v. Acuff Rose Music, Inc. the court opined that the defendant’s state of mind does not play any role in implying fair use.

Further, in the case of Religious Technology Center v. Netcom On-Line Communication Services, Inc.the court had to tackle the fair use and bad faith dilemma once again.  In this case, the appellant had brought in a suit to convey infringement as a large portion of their copyrighted works were posted on web by the defendant. The defendant responded stating that their website functioned in a non-commercial manner and the work of the Appellant was posted just for the invocation of criticisms. The Court took into consideration the opinion put forth in the Harper and Row judgment and stated that in the afore-mentioned judgment, there was no indication that bad faith was the only conclusive determinant of stepping out of fair use. It was further opined that the defendant’s mode of conduct in obtaining the copyrighted manuscript of the Appellant shouldn’t have a say in the fair use defence. Using this principle, the Court thwarted the bad faith principle as a conclusive indicator of stepping outside the boundaries of Fair Use.

Thus, it can be inferred that the Courts have not clarified a final standing as to the disposition of bad faith in copyright law. An established stance is required, particularly in India considering that Copyright is a niche that is ever-growing and is in a drastic need of flexible yet rigid principles.

As a general concept in law, bad faith has seen its emergence across every area of law not just in India but also in foreign jurisdictions as illustrated above. However, fair use being a principle of paramount importance in copyright law as it depicts and provides the answer to infringement, does not require bad faith as a conclusive determinant in such decisions. It can however be used in a case-to-case basis as the factual matrix is almost always the one factor that makes or breaks a case.

Author: Haritha Dhinakaran, a student of Symbiosis Law School (Pune), currently an intern at Khurana & Khurana, Advocates and IP Attorney, in case of any queries please contact/write back to us via email chhavi@khuranaandkhurana.com.