Menstrual Leave: An Overview Of The Menstrual Benefit Bill, 2017

The Menstrual Benefit Bill, 2017 was first introduced by Shri Ninong Ering, Member of Parliament, as a private member’s bill before the Lok Sabha with a motive to facilitate women with certain menstrual benefits at workplaces or in institutions of education. The same bill was introduced again this year on the first day of the Budget Session of 2022 before the Arunachal Pradesh Legislative Assembly which was dismissed by the Legislative Assembly as it deemed it to be an ‘unclean’ topic. 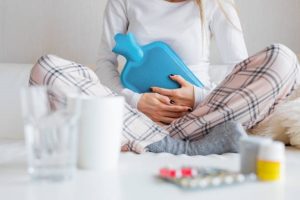 NEED FOR THE BILL

The need for the implementation of this act arises out of the complexity of the Female biological system and the amount of pain they have to go through during menstruation. As per 2017 University College London Research, it was revealed that period pain can be compared to the pain one experiences during a heart attack. This pain also reduces the productivity of female employees and hinder their work. The grant of Menstrual Leave can be deemed to act in the benefit of both, the female employees and employers.

There has been recorded frequent demands regarding implementation of amendments in Labour Laws in the direction of bringing in facilities for the female employees. Further, the concept of Menstrual Leave has been in existence from the time of World War II and it has also already been implemented in countries like Japan, South Korea, Indonesia and Taiwan due to their far sightedness. A bill has also been proposed by Italy regarding paid menstrual leave. An example of menstrual leave was also seen in India, an all-girls school in Kerala, from the year 1912, grants menstrual leave to students.

Looking at the severeness in the concept of Menstruation and the rise in demand for leave, this bill is needed, in order to facilitate women in workplaces and educational institutions.

The right of self-perception of menstruation is vested in the female employees by this bill. It means that a woman can herself perceive the arrival of the menstrual cycle and take leave accordingly.

In case of any redressals regarding the employer or the Menstrual policies applicable at the respective workplace, the female employee can direct their grievances to the Internal Complaints Committee constituted by the under the Sexual Harassment of Women at Workplace (Prevention, Prohibition and Redressal) Act, 2013 or similar Grievance Redressal Committees as formed within the establishment to cater to matters relating to the Menstrual Leave.

Just like every coin has two sides, apart from the pros of enactment of this bill, there are some objections raised against it too. These objections are as follows:

Even though the Constitutions remains silent on the fact, the Apex Court, in several cases, has interpreted that ‘Right to Health’ remains a fundamental right under the Article 21 of the Constitution. Menstruation being a matter of health shall be taken seriously as it can impact the overall health and well-being of a woman and since women are the ones who go through menstruation that too not voluntarily, menstrual leave can be said to be of great importance for females. The question that arises before passing of the bill is pragmatic in nature.

Passing of the bill might lead to opposite implications than that were intended by the bill. The bill will, in a way, provide relief to women suffering from Menstrual Pain, but will on the other hand, create problems and controversies for women as discussed above. The suggestions recorded by the opposition will also prove to be of no use as increasing the accessibility of Sanitary Pads will not solve the core issue of women suffering pain during menstruation.

Therefore, there has to be found a common ground for theories in support of and against the concept of menstrual leave in order to focus on the bigger picture that is relieving the women suffering from Menstrual Pain at work.

Author: Sanchita Arora, a BBA.LLB Student at SLS, Nagpur, in case of any queries please contact/write back to us via email chhavi@khuranaandkhurana.com or at Khurana & Khurana, Advocates and IP Attorney.