Even though the impact of Liberalization, Privatization and Globalization (LPG) – 1991, particularly globalization in the backdrop of the specific regulatory, historical, economic, and socio cultural milieu, India had “dialectical complexity” of the interaction between global and local forces resulting in distinctively Indian vision of pro bono law firms.

Beliefs such as “giving back” and “doing good” are cardinal to these concepts and provide them broad definitional parameters. Unlike the “Western counterparts,” especially the United States and the United Kingdom where the initiatives of pro bono and Corporate Social Responsibility (CSR) do not have clearly distinct meanings and spheres of operation in India.

Law firms in India engage in pro bono activities spanning from litigation to transactional based, as well as education, water conservation, and so on. As per most of the surveys, interviews, questionnaires undertaken in India that are the qualitative empirical studies that these “activities” can be constituted under more than one head or even under the category of CSR. 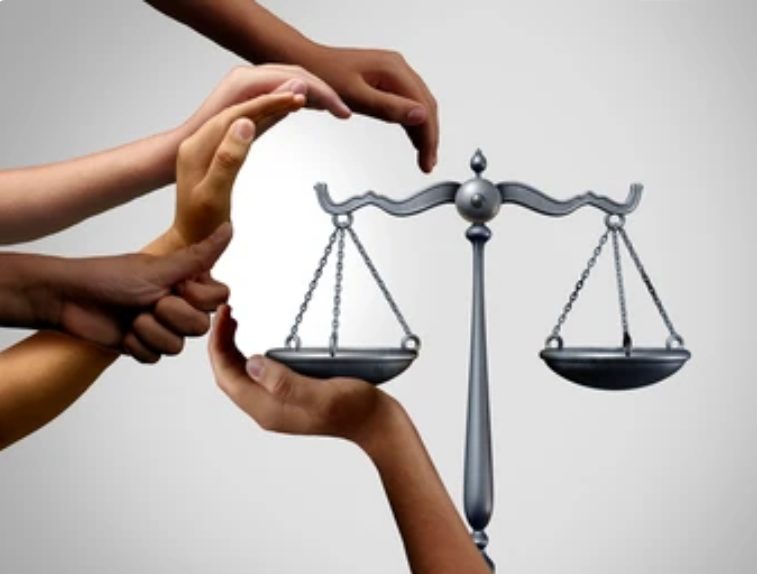 Litigation-Based: Litigation -based lay the foundation for the smallest component of the overall pro bono work. In 2012 just a handful of court cases in which any corporate law firms were or had been involved in “litigation for a social cause” or on behalf of individual in need. In one of the instances, on behalf of the Society of Indian Law Firms (SILF), one of the firms filed a public interest petition before the Bombay and Delhi High Courts looking for the response from the central and the state government “on antiterrorism measures to ensure a terror-free environment for citizens.”

In another example, the “D.H. Law Associates,” a law firm representing a group of fishermen who fished in an area near Nhava Sheva (a seaport close to Mumbai) in the High Court of Bombay. In the matter, some companies handling dangerous chemicals in the port area had filed a petition in the court to direct the state pollution control board to permit them to handle the chemical where the fishermen fished. But the law firm intervened on behalf of the “fishermen” and thereby companies withdrew their petition. Further, the firm acknowledged that it involves itself in such causes “selectively” and that too depending on the “strong feeling about a particular concern.” Hence, it is observed that such instances of pro bono activities are rare, though the basic reason is law firm’s services are mostly transaction based, not litigation focused. And most cases are “litigated by law-focused public interest organizations” that “specialize” in litigating such matters.

However, I firmly believe that the emergence of the mediation organization, which seeks to connect those who need legal services with law firms (on a pro bono basis), the trends from specialization to “generalization” seems to be flexible. To give an example, at the order of “Lex Mundi Pro Bono Foundation” (“a matchmaking organization”), lawyers of a Band 1 law firm in India represented a “social entrepreneur” who had developed a bamboo gasifier to generate cheap and environmentally clean electricity for a village in India. Yet in the case several people had entrenched interests, they filed a complaint against this initiative, subsequently the state pollution control board canceled the project for violation of environmental regulations. Consequently, the law firm challenged this in the Patna High Court and was able to secure a favorable decision for the “electricity generation project.”

Apart from this, on litigation-based activities involving pro bono performance, a list of law firms such as “AZB & Partners, Amarchand & Mangaldas & Suresh A. Shroff & Co, Trilegal and Nishith Desai Associates,” clearly stated that they “provide their regular transactional services to not-for-profit/social entrepreneurial clients for free/at reduced rated” above participating in litigation matters involving matters those in need (Gupta, 2012).

Transaction-Based: As discussed above with the “matchmaking organizations” it is gradually becoming less troublesome to connect lawyers with issues suited to their expertise. This enables an individual or organization working for “socially useful ends” to sincerely need legal services and lacks the resources to pay for them. For instance, some of the recently commenced organizations are “TrustLaw Connect, iProbono, and UnLtd India.” The first two organizations have international links and receive international fundings, while the third one is completely India based. TrustLaw Connect is a “Thomson Reuters Foundation Service,” while the iProbono is a UK-based “nonprofit online network” probing to build an active ‘pro bono culture’ among Indian law firms. Though some of the leading Indian law firms are connected with these organizations and have undertaken pro bono work through them, presently most of the Indian law firms have relatively restricted involvement with them. Accordingly, more Indian firms should be motivated to register with such organizations and thereby uplift pro bono work through them.

(a) Public Interest Organizations: Some transaction issues for which social enterprises, charities, advocacy groups and NGOs need legal advice. That is setting up a trust/society or any other suitable organizational structure under Indian law, obtaining venture capital, general corporate matters and certain tax-related matters, such as compliance with requirements under Foreign Contribution (Regulation) Act, 2010 and tax benefits under the Income Tax Act, 1961.

Former Partner of “AZB & Partners,” Vineetha MG in one of the surveys in 2014 stated that “[w]hen law firms work with social businesses at the inception stage, they grow with them and they grow to become important clients of the firm.” This firm also revealed that doing deeply discounted work for small and medium in the microfinance sector, including not-for-profits like Cashpor Micro Credit and Friends of Women’s World Banking.

(b) Social Entrepreneurs: There are a majority of the firms who give pro bono advice to social entrepreneurs and social ventures-promoting organizations. For instance, “J.Sagar Associates” had advised the National Innovation Council (NIC) on an INR$75 billion social investment to be established under Project Innovate in order to build a financially viable venture capital to “significantly affect the bottom line.”

Moreover, as stated above, UnLtd India is exclusively dedicated to providing social entrepreneurs with financial and advisory services (including legal services) from the initial to the last stage. Ravistan Anthony, operation manager, UnLtd India further stated in 2012 in the surveys conducted by research scholars that law firms could offer to advise social entrepreneurs listed by the matchmaking organizations to help them set up more organizations “…by helping them in registration and various other sub registration processes.”

(c) Government: The extent of pro bono might not be regarded as prima facie, advising the government. But according to the nature of the state in India and the “intention” in which the legal advice is given, free advice could be contemplated as pro bono Socialism and welfare orientation might be constituted as the two defining characteristics, the main rationale here is to give back to society and one might consider the government to be the pre-eminent representatives of Indian society. It can be related to the enactment of a legislation/rule with “wide social implications.” Meanwhile, the firms are also developing contacts within the government.

“Luthra & Luthra” especially helped the government in the past two decades with a number of World Trade Organization (WTO) disputes and assisted some of the government ministries in drafting/reviewing policies and legislations. Moreover, “AZB & Partners” on business law-related matters to various government departments.

As aptly discussed through the qualitative research on the indigenous and global influences on pro bono practices and “effective the ways involved in socially responsible activities,” I trace two concluding remarks.

First, uncomplicated transplantation of the global pro bono model has less efficiency in the Indian context. The “precise form and content” of the pro bono representation must put forward the country’s “specific socioeconomic concerns,” and the most effective means to redress them. Taking into account the magnitude of poverty, most of the population (around 70 percent) inhabit the rural areas, the specific role and nature of the state and thorough number of the people who need access to justice in the country, moreover the state’s role in providing pro bono services, though the private corporate pro bono cannot “seriously” topple the state’s role.

Second, there is no sealed classification between concepts like “CSR, pro bono and other public-interest oriented acts” as they typically have the common notion of “doing good” as their fundamental core. Moreover, the understanding of the term pro bono in the Indian corporate law firms is more “holistic” contrasted with its Western counterparts, which strictly equates pro bono with providing legal services through the means of “litigation-and transaction-based work.” Anyway, in the current state there is no official policy in India on pro bono framed by either the government or the Bar Council of India (BCI). And if a policy were to be produced, it should circumscribe a “holistic view” of pro bono to effectively respond to the country’s specific challenges.

Author: Pragyanshu Gautam, Hidayatullah National Law University, Raipur (Chhattisgarh), in case of any queries please contact/write back to us via email chhavi@khuranaandkhurana.com or at Khurana & Khurana, Advocates and IP Attorney.