Factors Of Disruption In Economic Growth: Inefficacy In Due Diligence By Banks

Factors Of Disruption In Economic Growth , Financial institutes play a vital role in the upliftment of the economy of any country as they are managers of the most powerful instrument that helps in the functioning of the whole economy, i.e., money. The financial sector broadly includes commercial banks, investment banks, insurance companies, and brokerage firms which helps in the proper deliverance of the work. Banks hold a significant part in the sector and every organization and individual depends on banks to cater to their financial needs in one way or another. From time immemorial banks are the supreme and most reliable source of money lending, they cater the needs by financing entities and individuals in form of loans with certain amount of interest chargeable on it which is also one of the revenue sources of banks. To lend loans or any lending to corporate entities or individuals, banks have to be prudent enough to do proper due diligence so that the amount or lending does not become bad debt on them or convert into non-performing assets that hurt the structure and finance of banks. Banks contribute tothe proper functioning of the economy and if such Non-Performing Assets(NPAs) hit them, it would have a direct impact on the economies of the countries. 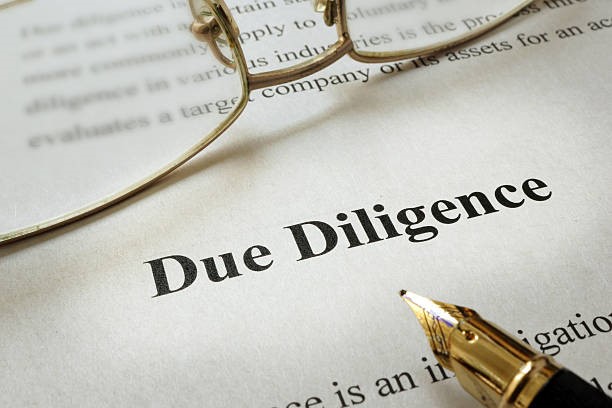 [Image Source: gettyimages]
We have addressed so many scams done via banks by the entities who borrows money from banks and go bankrupt or the decision maker of the company is declared fugitive economic offender who flee away from the countries to escape from the criminal liability and the money owed to banks by them is not recovered even by their assets as the amount of lending is too huge that even after forfeiting their properties only a part of the amount lend is recovered. In the case of CBI v Vikaram Anantrai Doshi 2014 and others the apex court held that banking frauds are not against an individual body rather it involves whole economy as the society gets affected and the wrongdoer has to be prosecuted under criminal law.

In light of most recent and the biggest scam of the country which is bombarding in the news is ABG Shipyard scam in which around 22000 crore rupees are involved even after being a loss-making entity for past several years this colossal amount was delivered to the company by a consortium of banks which was led by ICICI bank and not even one from the consortium could catch the ongoing fraud. In 2008 even after indication of the global financial crisis, the banks continued to lend money to the company, and when finally in 2014, SBI one of the lending bank started corporate debt restructuring which was failed as the company was unable to pay debt or even interest alarmed by which SBI made complaint and declared it as NPA after 2019 audit reports fraud was in light for time between 2012-2017 which was done through funds diversion and the shell companies were used to acquire loans from banks which was used for creating personal assets. The bank’s lending was misappropriated, which also amounted to criminal breach of trust so here the question is why banks were generously lending loans to the company even after the sign of trouble and global financial crisis in 2008 and even after that the company being loss-making entity why banks continued providing loans to them? Is it the considerable amount they might be getting in the form of interest or to uplift the economy? Or is it just the deception created by the fraudster? The questions are differently answered and depends upon the perspective.

The companies which are created with the sole purpose of defrauding are shell companies. These companies don’t exist in reality but they are just on paper and have no tangible existence or business operations in real world. Many fraudsters use shell companies to attract loans from the financial lenders, shows on their records or papers non-existing entities and use them for illegal purposes such as money laundering, reducing taxes etc. in 2019 SEBI suspected 331 companies to be shell companies and mere suspicion rocked the stock market and there was drastic fall in the structure.

The valuation game played by fraudsters is also disrupting the process. The fraudsters are mortgaging property with banks in return of debt and declares the value of the asset or property and the declared valuation is much more than the actual value which at the time of default when disposed for recovery of amount could not deliver the amount which is owed to banks as the value of property kept for security is much lesser than the actual amount.

India has encountered many financial scams till date and with every scandal the amount increases and the banks are burdened with NPAs, affecting the efficiency of banks. When an entity or person takes debt and engages in fraudulent activities to manipulate the process or person it affects the economy as a whole. In banking frauds there are multiple areas like forging of documents, counterfeiting cheques and other bank drafts etc. and to establish any fraudulent activity mere existence is not sufficient rather notice of such fraudulent activity shall be rendered to the banks which was also laid down in case of State Trading Corporation Of India Ltd v M/S Millennium wires (P) Ltd and others 2013.

NEED OF PROPER DUE DILIGENCE

Banking sector is one of the most prominent sectors of our economy and is responsible for growth in many other industries. The sheen of the banking system is degrading and the fraudsters are targeting banks to fulfill their whims and personal agendas and in order to do so, they are putting the whole economy at stake as it is indirectly driven by funds rendered. So, to minimize the fraudulent activities and in order to protect themselves from illegal extortion of money, banks need to be more alerted while lending money to any enterprises or individual, banks shall perform proper due diligence and consider the financial statement of the companies so that there are fewer chances of conversion in NPAs. Banks and finance lenders have to be more cautious as they play a crucial role in the upliftment of society. The solution can’t be that banks should interdict giving loans but it would rather be at the lending stage with proper assiduity and flawless valuation.

Different measures are taken by the Apex bank, i.e., Reserve Bank of India, and one such circular mentions various ways to prevent fraudulent activities and the procedure to overcome if fraud is already done. Some remedies might be early detection of frauds can minimize the debt owed to the bank, staff shall be empowered and encouraged to report any fraudulent activity they suspect, auditors play a vital role in detecting fraud any transaction capable of deception shall be highlighted to the authorities etc. There are also some Early Warning Signals like continued delayed payments and dues, bouncing of large amounts of cheques regularly, requesting general purpose loans frequently, discrepancies in annual reports etc. shall not be overlooked by banks as it helps in the early detection of illegal activities and hence minimizing the risk of frauds.

Financial sector has come so far addressing and overcoming from the frauds done by fostering over banks. Banks even after putting efforts, making and implementing internal policies and regulations fails to overpower fraudsters and still it is happening and above that even the amount involved is also increasing, even after multiple regulations by the apex institutes we are still addressing frauds and deceptions. There are many cautions which are also stated every now and then which an institute shall follow and keep eye on to protect themselves from frauds. Banks being important player in economy shall entertain all such measures and shall be prudent enough to capture and minimize the frauds done to the whole banking system.

Read More: About Advisories On Banking And Financial Sectors

Author: Nikita Parihar – a student of Lovely Professional University, School of law (Punjab), in case of any queries please contact/write back to us via email vidushi@khuranaandkhurana.com or at Khurana & Khurana, Advocates and IP Attorney.