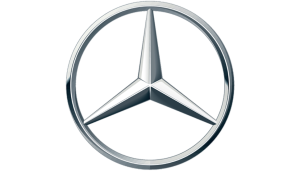 The move of Diamler to get along with the standard essential patent from the Avanci pool is set to give Diamler an upper hand over its 4G technology and services. The Avanci pool has various licensors which include Qualcomm, Nokia, Ericsson as well as dozens of other companies around the globe.

Avanci ‘s approach of licensing the end product instead of taking the component has been rejected by Daimler AG originally. It was for this reason that the Nokia and Daimler AG patent infringement lasted for two years where finally both the company entered into a bilateral license agreement which was announced on June 1, 2021. Prior to the settlement, an EU Antitrust complaint was also brought by Daimler AG against Nokia as Nokia refused to grant Daimler AG suppliers for an SEP license.

Daimler AG also took into the bilateral licensing with Sharp, a Japanese electronics giant and non-practicing entity Conversant Wireless, prior to settling with Nokia. These companies were those who had sued Daimler AG over patent infringement thereafter, resulting in getting into bilateral license, where all of those were among the Avanci pool of licensors.

Licensing of one portfolio at a time, which is of piecemeal resolution, turning out to be uneconomic and uncertain over litigation, therefore Daimler AG decided for a one-stop solution. Being an uneconomic venture and with more litigation involving uncertainty, adopting a one stop solution was a good move for Daimler AG. In the alternative, one can presume that one Avanci licensor after the other would have wanted Daimler AG to take a bilateral license. If you’re a Qualcomm or an Ericsson, why would you not want to get paid if Nokia does? If you’re an Unwired Planet or Longhorn IP, why wouldn’t you want to collect royalties if Daimler AG took a license from Conversant? Why would anyone condone an ongoing infringement while similarly situated patent holders are raking in license fees? Daimler AG avoided a lot of issues by signing a deal with Avanci.

If we compare German Car makers, BMW took the 4G Avanci license and was the first to do so in January 2017. This was followed by two major companies that were Volkswagen subsidiaries Audi and Porsche. Moreover, other car makers in the Volkswagen Group took a 3G license. Meanwhile, they were sued by Acer because of its license not covering the 4G standard Volkswagen actually implements. In the German Nokia cases, the Avanci’s car level licensing model was accepted by the German car makers which was held against Daimler AG. It will be interesting to see Daimler AG  getting along with that of the licensing deal and weighing upon other car maker’s FRAND arguments.