This is Part 3 of the 5 part series blog which will cover the Complaint and Redressal mechanism of the Complaints committee under the Sexual Harassment of Women at Workplace (Prevention, Prohibition and Redressal) Act, 2013.

Part 1 covered the general overview along with the background that laid foundation for the existing Sexual Harassment of Women at Workplace (Prevention, Prohibition and Redressal) Act, 2013.

Part 2 covered the constitution, tenure, powers and duties of the Complaints committee under the Sexual Harassment of Women at Workplace (Prevention, Prohibition and Redressal) Act, 2013.

Under the POSH Act, any organization having more than ten employees is required to constitute an Internal Complaints Committee (also called as ICC) to receive and redress the complaints related to sexual harassment in a time-bound and extremely confidential manner while every District Officer shall constitute a Local Complaints Committee (also called as LCC) to receive complaints related to sexual harassment from establishments where the ICC has not been constituted due to having less than ten workers or if the complaint is being made against the employer himself.  Knowledge of what constitutes Sexual Harassment is important because many sexual harassment cases are not reported due to inadequate knowledge of the POSH Act and the channel of Complaints and Redressal mechanisms provided by the statute. 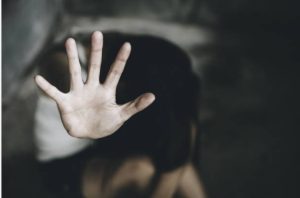 Step 1: Filing of Complaint: Any aggrieved person within a period of three months from the date of incident and in case of a series of incidents, within a period of three months from the date of last incident, can submit a complaint in writing to the ICC regarding the sexual harassment at workplace, or to the LCC, in case ICC is not constituted. If the complaint cannot be made in writing then the Presiding officer or the Chairperson or any member of ICC or any member of LCC shall render support to the aggrieved person for making the complaint in writing. The ICC or LCC can extend the timeline by another three months, only if it is satisfied that the circumstances were such that prevented the aggrieved person from lodging the complaint.

Step 3: Inquiry: The committee initiates inquiry in the following cases:

The ICC or the LCC, have the same powers as are vested in a civil court the Code of Civil Procedure, 1908 in respect of the following matters:

(a) Summoning and enforcing the attendance of any person and examining him on oath;

(b) Requiring the discovery and production of documents; and

(c) Any other matter which may be prescribed.

Step 1: Action during pendency of Inquiry:

(a) If required the aggrieved person or the respondents are transferred to any other workplace;

(b) If required the aggrieved person is granted leave up to a period of three months;

Step 3: Inquiry report: The ICC or LCC shall conduct investigations in a timely manner and shall submit a written report containing the findings and recommendations within a period of ten days from the date of completion of the inquiry to the Employer or District officer as the case may be and such report be made available to the concerned parties.

Step 4: Punishment for false complaint: Upon investigation by ICC or LCC, of it is revealed that the complaint was false and made with malicious intent of maligning/ tarnishing the concerned individuals image the ICC or LCC may recommend to the employer or the District Officer, to take strict actions.

If the allegations are proved then the ICC or LCC shall recommend the Employer or District Officer to take disciplinary action by one or more of the following:

Step 6: Prohibition of publication of complaint and inquiry proceedings: Identity of the aggrieved person, respondent and witnesses, any information relating to conciliation and inquiry proceedings, recommendations of the ICC or LCC, as the case may be, and the action taken by the employer or the District Officer shall not be published, communicated or made known to the public, press and media in any manner.

Step 7: Penalty for publication: The person liable for publishing the confidential information shall be liable for penalty in accordance with the provisions of the service rules or where no such service rules exist, in such manner as may be prescribed.

The ICC and LCC need to regularly conduct awareness sessions for all employees and ensure a well set up Complaint mechanism is in place so that irrespective of gender the aggrieved person does not feel obscure in complaining about his/her concern. All Sexual harassment complaints need to be addressed with full confidentiality and appropriate action should be taken in timely manner against the Respondent if found guilty, irrespective of the position in the organization. This will ensure a sense of security in the mind of people working in the organization. Though the POSH Act provides protection to female employees, I believe organizations should be inclusive by addressing and taking prompt action on the complaints of sexual harassment at workplace received from other genders as well.

Part 4 of this series will discuss the Duties & responsibilities of the Employer & District Officer and the Punishment for not complying with the Act under the Sexual Harassment of Women at Workplace (Prevention, Prohibition and Redressal) Act, 2013.