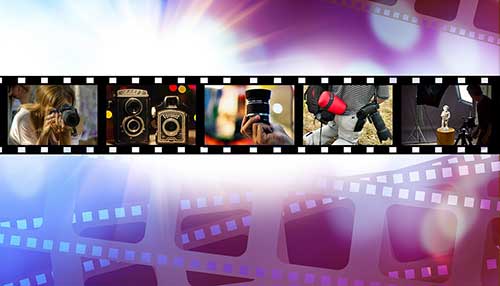 Infringement of an owner’s copyright by a third party is usually a contentious issue, especially when both works are linked by a common narrative and source. It is a well-established law that there exists no copyright in ideas. Only the material form in which the ideas are translated is protected by copyright. For example, two authors may have the same book idea. However, it is how they communicate themselves, i.e. how they put their ideas down in a physical form, which distinguishes them. It is the form in which a certain idea is protected after it has been translated. The test to decide what constitutes infringement was not laid out in India until the case of R.G. Anand v. M/s Delux Films and others (1978). The decision marked the beginning of a new era under the Copyright law, clarifying that copyright does not apply to mere ideas, but rather to the expression of thoughts/ideas, etc. This blog is going to highlight the main findings of the judgment and its relevance in recent times.

In 1953, the appellant, R. G. Anand, a professional architect who is also a playwright, dramatist, and producer of various theatrical plays, wrote and performed a play called “Hum Hindustani.” It was a hit, and it was re-staged in 1954, 1955, and 1956. The second defendant, Mr. Mohan Sehgal, approached the plaintiff after learning of his interest in shooting the play due to its growing popularity. Plaintiff met with the second and third defendants in January 1955 and had extensive conversations regarding the play, its storyline, and the potential of filming it. The plaintiff, however, had no more communication from the second defendant after this exchange.

The defendants began filming ‘New Delhi’ in May of 1955, according to the plaintiff, which was based on his play “Hum Hindustani.” The defendant, on the other hand, informed him that this was not the case. The film was released in September 1956, and after seeing it, the plaintiff filed a lawsuit for infringement of his copyright in his play “Hum Hindustani before the Delhi District Judge. The Appellants argued in court that both the film and the play were founded on the same concept, namely, ‘Provincialism,’ and that they were strikingly similar.” His demands included damages, an accounting of earnings, and a permanent injunction prohibiting the defendants from screening the film.

Justice Fazal Ali presided over the court’s decision in which it was determined that despite the fact that both the play and the film are based on the concept of ‘Provincialism,’ the two are very distinct. The play only depicts one aspect of ‘Provincialism’ during the marriage, but the film depicts other aspects as well, such as ‘Provincialism’ when renting out outhouses. The film also depicts the evil of dowry, which is not depicted in the play. The Court relied on N.T. Raghunathan&Anr. v. All India Reporter Ltd., Bombay [1971], and rejected the Appellants’ claim because, while there may be some parallels because the idea in both the movie and the play is the same, it is well-established law that an idea cannot be copyrighted.  The Court decided that if an ordinary person saw the play and the movie, he would not consider them to be identical. Because the play and movie are so dissimilar, the Appellants’ claim that their copyright has been violated cannot be sustained. The Delhi High Court’s decision was upheld by the Court.

As a result, the Court ruled in favor of the Respondents on both matters and found no infringement.

The R.G. Anand decision was a watershed event in the field of copyright, and it remains consistent with the current copyright law. Section 13 of the Copyright Act of 1957 establishes three types of copyright protection [namelyfor original literary, dramatic, musical, and artistic works; cinematograph films; and sound recording. All three categories are works, and an idea is not included in any of them. The judgment highlighted the two most important concepts i.e. substantial similarity and copyrightability of ideas that are extremely important in the cases of copyright infringement. The guidelines established by the Court in this decision are still valid and are followed by Indian courts even today. The following is a list of cases that have used the R.G. Anand decision as a foundation.

In the case of Shree Ventakesh Films (SVF) v. VipulAmrutlalShah[2009], a copyright infringement case before the Calcutta High Court that involved a Bengali language film that was alleged to be a replica of a popular Hindi language film. While the appellant defendants argued that the original film was a copy of an old 1970s Hindi language film and that a similar story is told in a different cultural context does not constitute a copyright violation, the respondent plaintiffs cited the R.G. Anand case to point out the fundamental or substantial similarities, and the differences pointed out paled in comparison to the similarities. Given these circumstances, the judge ruled a cinematographic film to be “homogenous material,” meaning that each component of the picture, such as the plot, lyrics, and dialogues, is protected by copyright. Unless there is a contract, the creator of each of these works owns copyright under Section 17 of The Copyright Act 1957, and the film created by merging these aspects creates a new copyright. The point of contention in this case, as well as the paper’s theme, is the concept of “copy.” The judges answered the question of what is the legal definition of copying a film. A considerable similarity in any aspect of the cinematographic film must be recognized as a violation for a theatrical or literary work to be regarded as a “copy” in terms of exact similarities or substantial similarities that are perceived with ordinary prudence. As a result, a limited interpretation of the term “copy” should be avoided.

In Maddock Films Private Limited v. Shiboprasad Mukherjee [2017], the appellants appealed to the Calcutta High Court against a lower court injunction prohibiting them from releasing their film “Hindi Medium” via satellite, streaming, or recording. One of the key parameters was that the complaint was filed 40 days after the film’s release when the respondents claimed that the time was needed to determine the content of the picture, which was supposed to be comparable to a Bengali film with a similar plot. The High Court had to decide on the merits of the injunction, not the infringing element. However, adopting the standards of the precedents given out in both R.G. Anand and SVF, it determined that the film had a prime facie considerable similarity in its stories. As a result, the injunction was upheld by the Court, allowing the copyright infringement trial to proceed in the lower courts. The plaintiff respondents eventually dropped the action.

In the case of 20th Century Fox v. Zee Telefilms Ltd.,(2005) the Delhi High Court stated that similarities must be considered in parts of the work rather than the entire production. This assessment is still valid in the modern period because a similar theme will come from the same source of information and will have a similar artistic value line.

In another case of Zee Telefilms Limited v. Sundial Communications Private Limited [2003], the decision of R.G. Anand was reiterated wherein it was argued that “An idea per se has no copyright.” However, if the idea is evolved into a concept with sufficient features, it can be registered under the Copyright Act.” The fact that a storyline, idea, or even a “concept of an idea” is in the public domain does not render it copyrightable.

The principles brought out in RG Anand were restated in the recent Delhi High Court verdict of Vinay Vats v. Fox Star Studios India Pvt. Ltd. in 2019. The Delhi High Court ruled that where the themes of two plays or movies are the same or similar, there is a strong likelihood that the artwork will be similar. To prove substantial similarities between the artworks, however, a reasonable man’s test is required. By defining a broadened scope of the substantiality test and an interpretation of the term “originality,” Vinay Vats’ latest judgment has successfully cleared the air of the misunderstanding that had arisen as a result of differing judgments from different courts. It also emphasized the test for determining the relevance of the date of such suits, which is based on the essential facts, as well as the circulation and available duration of both older and newer works.

Following an examination of all of these examples, it can be determined that substantial similarity and copyrightability of ideas are two aspects that are crucial in copyright infringement cases. These ideas are crucial in assessing whether or not a case of copyright infringement has occurred. Ideas are still not protected by copyright. The notion of substantial similarity and the test of a reasonable man in determining whether two works are substantially similar or not, which originated with the R.G. Anand case, are still valid in today’s world.

The test handed down in the R.G. Anand case is the ultimate and all-encompassing test for copyright infringements involving films that are similar to original films in order to prove the levels of plagiarism or likeness. The Supreme Court’s decisions in the case of Shree Ventakesh Films (SVF) v. VipulAmrutlal Shah (2009) and MRF Limited v. Metro Tyres Limited (2017)which talks about the considerable similarity in any aspect of the cinematographic film to be regarded as a “copy” in terms of exact similarities or substantial similarities that are perceived with ordinary prudence have even strengthened the criteria. Furthermore, in cases of copyright infringement, a new factor of the timing of filing the complaint, as highlighted in Vinay Vats Case (2019), must also be recognized, since the popularity of the subsequent work can often result in infamous litigations. The important facts, as well as the circulation and available duration of both the older and newer work, are used to determine the significance of the time of the filing of the claims. All of these elements are critical in a case of copyright infringement and must be thoroughly examined in order to reach a just and equitable conclusion. Because these factors are derived from the R.G. Anand case, they are appropriately referred to as the “locus classicus,” and their importance in finding copyright violations for cinematographic films is enormous.