The Paradigm Shift in the Online Gaming Industry 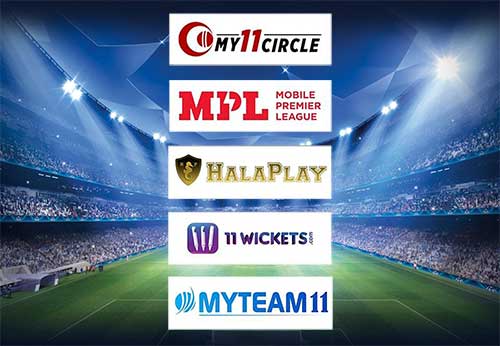 Before delving into the writ large question of the legality of online gaming, it is imperative to understand the two aspects of online gaming i.e. Game of Chance and Game of Skill.

Game of Skill – A game of skill is when the player invests his/her time in learning, practicing, and honing a skill. Game of skill would be where the outcome depends principally upon the physical skill, superior knowledge, training, and experience of an individual player. In-Game of Skill, skill has to be a predominant factor.

Game of Chance – The game of chance depends more on factors like luck and unpredictability of the final outcome of the game and where the results are wholly uncertain. In the case of the Game of chance, a winner is declared by a lot or chance and a participant has no opportunity to exercise his reason, judgment, sagacity, or discretion.

The popularity of gaming/gambling can be traced back to ancient India. We all remember the game of dice in Mahabharat was the Pandavas’ addiction that they could not resist and which led Yudhisthira to lose Draupadi, Bhima, Arjuna, Nakul, Sahadeva, and at last himself to the evil designs of Shakuni. Pandavas were bereft of all rights, even those of ordinary citizens, and had to go on exile. Although the aforesaid was a result of a conspiracy hatched at the behest of Kauravas but the popularity of the aforesaid game in ancient India cannot be ruled out.

The law relating to Gambling in India is governed by the PG Act. The PG Act is the central enactment, and other states have enacted their own legislation/laws to govern gaming/gambling activities within their respective states. Interestingly, PG Act does not apply to games involving skills more specifically in terms of Section 12 of the PG Act. Section 12 of the PG Act clearly states that the Act shall to any game of mere skill.

THE INFORMATION TECHNOLOGY ACT, 2000(IT ACT)

The IT Act per se does not regulate the online gaming industry. However, the IT Act puts an embargo on Gambling. Rule 3(1)(b)(ii) of Information Technology (Intermediaries Guidelines) Rules, 2021 framed under sub-section (1), clauses (z) and (zg) of sub-section (2) of section 87 of the  IT Act, 2000 read with Section 79(2) the IT Act requires ‘intermediaries’ including social media intermediary and significant social media intermediary not to host or transmit any content which inter alia relates to or encourages Gambling.

The Indian Constitution has placed betting/gambling in the States List (Entry 34, List II of Seventh Schedule) and the states have been empowered to have exclusive legislative competence to enact laws within their respective State in a subject relating to Gambling. Most of the State legislation and the Public Gambling Act, 1867 were enacted before the onset of online gambling/gaming.

The Nagaland Regulation is one of the most prospective legislation dealing with online gaming. The Act explicitly outlines what constitutes a game of skill to be one “where there is a preponderance of skill over chance, including where the skill relates to strategizing the manner of placing wagers or placing bets or where the skill lies in team selection or selection of virtual stocks”.

Interestingly. Section 7 of the Act, the statute has mandated a license to be obtained through the issuing authority for entities wishing to offer such games on online media and earning revenue for the same.

The Government of Sikkim however has restricted the offering of “online games and sports games” to the physical premises.

The KPA recently amended its gaming law to prohibit online gambling, betting, and wagering. The KPA has been formulated to make Gambling a serious offense (cognizable and non-bailable offense) and to put a stop to the booming online gaming industry.

The Punjab and Haryana High Court (PHC) held that among other parameters that success in Dream11 arises out of a user’s exercise of superior knowledge, judgment, and attention and that Dream11’s games are exempt from the provisions of the PG Act as they require a substantial degree or “preponderance of skill”.

The PHC relied on the Hon’ble Supreme Court’s decision in K.R. Lakshmanan v. State of Tamil Nadu[(1996) 2 SCC 226], where it was held that horse racing required the element of skill, judgment, and discretion of the player, and thereafter held that the game offered by Fantasy Dream11 was based on skill and thus, did not qualify as Gambling.

The High Court of Bombay (BHC) ruled in favor of Dream11 and rejected the contentions of the Petitioner.  The BHC relied on the decision of the Punjab and Haryana High Court and the K.R. Lakshmanan v. State of Tamil Nadu, case to rule that the games played on the platform were games of skill and not games of chance.

The Rajasthan High Court (RHC), noting the rulings of the Punjab HC and the Bombay HC in relation to the Dream11 Online Fantasy Sports gaming platform, concluded that the issue of treating the gaming platform of Dream11 as having any element of betting or Gambling is no more res Integra. On this basis, RHC dismissed the matter and upheld the legality of the Online Fantasy Sports gaming platform of Dream11, and the special leave petition filed before the SC was also dismissed.

The Hon’ble Supreme Court dismissed an appeal against a Rajasthan High Court decision, which held that the online fantasy sports platform, Dream11, involves skill and is not Gambling.

The aforesaid appeal was filed by Mehrotra against an order of the Jaipur bench of the Rajasthan High Court dated 14th February 2020 in Chandresh Sankhla v. State of Rajasthan & Ors

The Hon’ble High Court of Rajasthan held that the users are not gambling on the outcome of any game, since the result achieved by a participant of online fantasy sports is wholly independent of the result in the real-life game.

The offering of online fantasy sports in accordance with the Charter of the Federation of Indian Fantasy Sports has already been judicially recognized as a business and consequently, entitled to protection under Article 19(1)(g) of the Indian Constitution and the prayer seeking directions to the State Government to prohibit the same would be opposed to Article 14 and 19(1)(g) of the Constitution of India.

The Hon’ble High Court Madras (Madurai Bench) has opined the need of having a legislative construct to deal with the emerging online games / virtual games. The Court was of the view that a comprehensive regulatory framework by a regulatory body is necessary to regulate online sports and to curb any illegal activities.

The Hon’ble Madras High Court held that as games based on ‘preponderance of skill’ are protected under Article 19(1)(g) of the Constitution, the restrictions imposed by the State on conducting or playing such games should satisfy the tests of reasonableness and proportionality.

Given that various state governments are coming up with a different set of restrictions and prohibitions and in the absence of any uniform code for dealing with online gaming, India’s view remains contrasting. The online gaming industry in its nascent stage remains a grey area under the law and requires the attention of the legislature, the growth of the sector cannot be doubted as it is already popular among users in India. The NITI Aayog has also issued a discussion paper on the regulation of online fantasy sports in India.  Basis the fact that the online gaming industry has a lot of potentials, the government shall come up soon with more comprehensive legislation to deal with it if Game of Chance but Game of skill for sure.

Author: This is a guest post by Mr. Kaustubh Nandan Sinha, in case of any queries please contact/write back to us at Khurana & Khurana, Advocates and IP Attorneys or vidushi@khuranaandkhurana.com.