Gender Inequality in Salaries Given to Athletes

Over the years, there have always been various issues in regard to the difference in salaries or payments paid to men and women. This has been there in every field, where men are paid more than women in various instances in spite of both of them doing equal amounts of work and contributing equally.  The issues that come up are why women are not treated equally and why they have to face such problems. In spite of doing the same sort of work at the same level, they are often put in an inferior situation. This has also been prevalent in sports and among athletes as well. Most of the Athletes are involved with sponsorships and endorsements however they don’t amount to the actual salaries they receive. Unequal pay is a serious issue as it discriminates between genders. In this write-up, I will be getting deep into various sports as to how there is a gap in the payment given to men and women. I will be initially discussing the matter in regard to sports in general and internationally, then I would transition into Sports in India and the gender-wise different payments. Women and men are equal under the law, and women are also leaders, owners of Fortune 500 companies, and whatnot, they can evidently do everything as equal as men, however, in the sports field they are often underpaid in front of men. 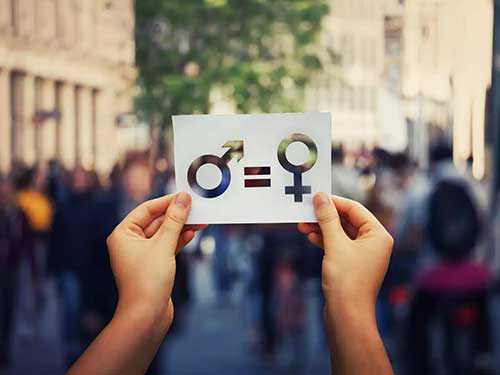 In regard to sports, the women’s category is not given that much importance compared to the men’s domain, even in terms of spectatorship and popularity. I would like to first refer to the difference in pay in the WNBA Compared to the NBA. Both the leagues are based on the same concepts, the only thing minimally separating them is the ‘W’ which stands for Women’s in the National Basketball Association. They have been paid on a very low scale compared to the NBA players and this has been spoken about for years. The valuation of the leagues is quite different and that has played a major role in the number of salaries the WNBA receives compared to the NBA. The highest-paid WNBA salary last year was 221,450 dollars, while the minimum salary in the NBA is around 900000 dollars. The total revenue of salary given to all the players in the WNBA is significantly lesser than what is given to a few star players in the NBA. For example, star players like Lebron James, Stephen Curry, and so on earning more than the entire WNBA per annum. This is a similar story all over the world as well.

Even whenever we go to some of these tournaments that happen for under 18 boys and girls or for adults or any category, the prize money for men is higher than the prize money given in the women’s category. This is common and day to day instances. This looks like an acceptance among sports cults that the women’s category is an inferior level compared to the men. In England, they have one of the biggest football leagues in the World, the Premier League. The men’s division has an average salary of 44000 pounds per week while the women’s division’s top players earn about 200,000 pounds per annum. Well, we can notice how the men’s division on average almost earns the same as the highest-paid women’s players. Apart from all of this, the bigger problem occurs when a Nation pays two different salaries to men and women playing and representing the Nation in the very same sport. As many countries have started to adapt and formulate a way to give equal salaries for the representatives of the National teams, there still are many instances where the Men of a National team are paid more than the Women.

Some time back, Brazil Football Federation had announced equal pay to both the men’s and women’s National Football teams. Before and after Brazil’s decision other countries also decided to do the same. Even the England football teams were bound to receive the same salary. Every year Forbes publishes a list of the 100 top paid athletes in the world. Guess what, it is literally a rare instance when a woman is featured in that list.

Coming to Unequal pay in India. Let me first bring in the biggest sports impact in India, Cricket. The world’s most popular cricket league, the Indian Premier League( The IPL). The amount of money involved for the men is immense, even players who were barbers in the past earn crores. There is a league for women, but it has only three teams and is very low key hence they barely get paid compared to the men. The Captain of the Indian Men’s Cricket Team, Virat Kohli along with the other A graded get an annual salary of 7ccrores from the Board, the BCCI for representing the Nation, whereas the Captain of the Women’s National Cricket team and the A grade players here earn only a meager 50 Lakh per annum, given by the same National Cricket Board. An even more fun fact, the lowest  Graded player in the Indian Men’s cricket team earns 1 crore annually, hence even he earns more than the A grade players of the Women’s team, hence you can possibly imagine the overall gap between the salaries given to the players. Since Cricket is the epitome of sports the pay scale is this high, in the lower sports, the male domain does manage to make a sufficient and decent amount of money, but the women don’t make as much as the men, and all of this is in terms of the salary given by the very same board.

In the case of State of Punjab v. Jagit Singh and ors. The Supreme Court held that an employee who is engaged for the same and similar work cannot be paid less than another who is performing the same type of duties and are carrying out the same responsibilities and definitely not in a welfare state. The Judiciary also passed a law that allows women to demand equal pay under the Equal Remuneration Act of 1976 as well. So the amount of laws being out there is quite a few, but the matter still has not been solved. Honestly the fact that women don’t get enough viewership cannot be an excuse, hence the authorities have to find a  way to equalize pay for women in sports.

My perspective in this is that India and the boards that govern sports in India should take up the matter and consider changing the current system. There is no need and clear explanation as to how women are specifically paid a lesser among compared to men. Fact that quite a lot of Countries are considering and changing their system by granting equal pay to both men’s and women’s sports teams, it is essential that the matter is cleared to ensure a world of equality. There is practically nothing wrong in even reducing the men’s pay to compensate and equal it with the Women’s. This being done efficiently in India is probably far far away in terms of all sports, however, it can have a significant impact on the number of women deciding to pursue a career in sports. Sports has always been something that is respected for its discipline, hence if India’s sports authorities cannot cope up with that they will be failing and disrespecting sport along with women. Women are not entitled to be disrespected in any way, hence I feel this should not even be an issue and I Hope that in the Future such rifts and conflicts would never come into existence.

Author: Ryan James – a student of Christ University (Bangalore), currently an intern at Khurana & Khurana, Advocates and IP Attorneys.  In case of any queries please contact/write back to us at sudhanshu@khuranaandkhurana.com.