Altpass LLC, a non-practicing entity has filed a patent infringement lawsuit against technology conglomerate Apple Inc at the US District Court for the Western District of Texas in August 2021. Altpass contended that certain iPhone security features such as passwords, methods of creating digital signatures, and other technologies behind unlock features, infringed upon patents that were originally owned by Altpass. It was further claimed that the patents owned by Altpass elucidated a method of generating a signature by recording signals from a camera or a keyboard. The variations that arise from the inputs dictated by the user lead to the creation of a signature which may include a password or a face ID. This signature is stored in the device and can later be used for user authentication. In sum, the patent details a process of creating a signature with the help of signals coming from the camera, keyboard, or any other input mechanism. 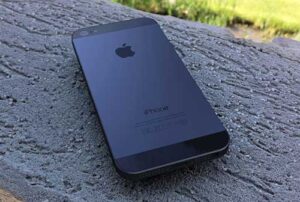 The complaint argues that this method of user authentication was patented by Altpass LLC and has been infringed upon by Apple. To further strengthen their contentions, Altpass has instructed the Court to examine a section of Apple’s iPhone user guide for iOS 14 which covers the technicalities and settings that are required to change a password. As a part of the complaint, Altpass has asked for compensation in the form of monetary damages as well. The plaintiff has contended that Apple’s iPhone features have infringed US Patent No. 8,429,415 and 7,725,725 which was filed in 2010 and 2006. In both the patents, Gary Odom is attributed as the inventor. According to a report by Apple Insider, there is insufficient information furnished by Altpass with regards to the patents. Altpass has only stated that it functions out of an office in Austin, Texas. However, this is not the first patent-related lawsuit filed by Altpass. Previously, Altpass has filed patent infringement lawsuits against tech giants Panasonic and Google as well.

Author: Sanjana, a BBA LLB student of  Symbiosis Law School (Hyderabad), currently an intern at Khurana & Khurana, Advocates and IP Attorneys, in case of any queries please contact/write back to us at vidushi@khuranaandkhurana.com.