“The one who distributes, with the object of promoting its use to infringe copyright, as shown by clear expression or other affirmative steps taken to foster infringement, is liable for the resulting acts of infringement by third parties.” 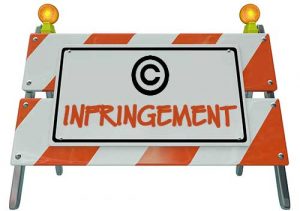 Now, the question which arises is why in the instant case of Pinterest, one of the most popular online platforms to create their virtual “boards” by using pins, opens a door to a number of contributory infringement suits? The case dates back to November 2019 when Harold Davis, a Digital Artist and Photographer and the Plaintiff in the instant case, alleged that the defendant had “deliberately removed indicia of copyright ownership in order to render its paid advertisement more effective and to actively thwart the efforts of copyright owners, like Plaintiff, to police the misuse of their works on and through Pinterest’s website and app.” However, despite a clear case of contributory copyright infringement, the Court ruled otherwise, which is nothing but a road map to future infringement suits!

The plaintiff had alleged that the defendant “does not have in place a system of screening the Pins for copyright notices or other indicia of copyright ownership associated with the `pinned’ images” and that the defendant monetizes those images . . . by displaying and distributing those images to its users, which are incorporated with targeted advertisement.” Apart from this, the defendant also “makes downloading an image exceedingly easy” for its users, and provides users with a mechanism to “display the same image on the user’s web page”.

In this regard, Defendant moved to the Court with the aim to dismiss the infringement claim of Plaintiff on the ground that in order to prove a case of contributory copyright infringement, it must be established that the copyright of Plaintiff was in the actual knowledge of Pinterest.

Further, in the case of A&M Records, Inc. v. Napster, Inc., it was observed by the Ninth Circuit that if a service for online file sharing is capable of being significantly non-infringing then constructive knowledge alone was not sufficient for a contribution infringement liability. The Court thus was of the opinion that “in an online context, evidence of actual knowledge of specific acts of infringement is required to hold a computer system operator liable for contributory copyright infringement.”

The Court found out that the claims of the Defendant claims were in fact, in accordance with the threshold requirements set out by various Courts and went on to observe that Plaintiff had failed to prove that Pinterest had the required knowledge of infringement despite having ample opportunity to do so.

The Court also observed that the allegations of the Plaintiff, in the instant case merely suggest that Pinterest operated its website indifferent to the risk of copyright infringement generally and indifferent to the difficulty copyright holders may have in identifying misuse of their works, however, it failed to show that Pinterest had willfully blinded itself to Davis’s copyright and thus, his claims cannot be entertained.

While Pinterest had successfully managed to dismiss the claims of Davis, it may not be an end to the long road of unanswered questions with respect to suits pertaining to contributory copyright infringement. In fact, a class-action lawsuit was filed against Instagram recently in May 2021 wherein two photojournalists had alleged that the social media giant allowed and encouraged third parties to ‘embed’ images shared to the platform in violation of copyright law.

Now, the decision of the Court may be appealed at a later stage however, the same does not change the fact that it would pave a way or even act as a guiding force to file suits against such platforms in the longer run.

Author: Richa Bhandari- a student of the University of Petroleum and Energy Studies (Dehradun), currently an intern at Khurana & Khurana, Advocates and IP Attorneys. In case of any queries please contact/write back to us at aishani@khuranaandkhurana.com.