Fresh Amendments to the Copyright Rules: Are these enough?

Important Amendments in a Move Towards Digitization 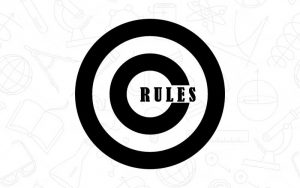 The new rules seek to switch to the digital mode as it brings in new procedural requirements which promote digital handling of publication and payment procedures. The publication of copyrights no longer needs to be done be in the Official Gazette rather the rules state that a Copyright Journal shall be maintained for publication of copyrights. Furthermore, like the Trademarks Registry available online, the Copyrights Journal could be found on the Copyrights website.

Certain provisions have been added to improve the handling of payment of royalties by the Copyright society. The electronic payment mechanisms, which are supposed to be created should also be able to trace when then payments have been made. In cases where the authors or owners cannot be identified, such royalties have to be deposited separately by the Copyrights society. If such royalties have not been paid to the authors due to lack of identification for 3 years since the day on which they accrued, the amount is to be used for the welfare of Copyrights society. Furthermore, to increase accountability, the corporate society shall now have to maintain Annual transparency reports under rule 65A which would account for the activities undertaken by the society such as refusal in granting of licenses, royalties assessed, collected, distributed, etc.

An amendment has been made in Rule 70, which brings relief to copyright owners for computer programs as the previous requirement of submitting the entire source code, has been relaxed now. Such Copyright owners now have to submit only the first 10 pages and last 10 pages of the code or in cases where the code is less than 20 pages entire code has to be submitted.

Lastly, as stipulated in the Finance Act, 2017, the powers of the Copyright Board have been transferred to the Appellate Board, However, it is important to note here that the President has also promulgated the Tribunal Reforms Ordinance, 2021, which has abolished the Intellectual Property Appellate Board (IPAB) and given its powers to the Commercial Courts and High Courts. Therefore, the amendment in copyright rules is to be read with the Tribunal Reforms Ordinance to give effect to the transfer of powers.

While it is clear that the government has made its move to bring transparency and efficiency in the functioning, there are still concerns that have not been addressed. The Amendments brought with respect to the Copyright Journal and Electronic Payments are necessary but a little late in the game. Technology is advancing at an exponential rate but the law seems to be lagging behind. Modern technology like Artificial intelligence (AI) is gaining thrust and evolving as the day goes by. The technology behind AI has developed to an extent where it can produce its own content without much interference from humans. The Indian Copyright Act as of now only gives rights to works of authors or owners who are natural persons, therefore, a provision needs to be made for including the AI under its scope.

Another concern that has been of relevance to late is statutory licensing for internet streaming services. Currently, the statute does not include any provision which caters to the licensing required by internet streaming services. There was some scope of obtaining the license as a “broadcasting organization” but such route has been shut down by the Bombay High Court in the case of Tips Industries Ltd. v. Wynk Music Ltd. While the draft rules in 2019 did touch upon this issue no changes have materialized in the current amendment.

It is pertinent to note, however, that a change of such broad nature cannot be given effect solely by amending the rules unless the Copyright Act itself stands amended. At this point, it seems that another wave of changes is required, which would begin with the Act and then trickle down to corresponding rules.

As anticipated, the rules focus mainly on increasing transparency and efficient management, but inarguably there is still a need for substantial changes which bring the laws in coordination with the technological advancements. However, it seems that these changes in rules can be brought only when corresponding changes have been made in the Copyright Act.

Author: Nayanika Gupta a 3rd-year student of BA.LLB.(Hons) of National Law Institute University (Bhopal) intern at Khurana And Khurana, IP Attorney and Advocates. In case of any queries please contact/write back to us at aishani@khuranaandkhurana.com.