Facts Of The Matter

The facts date back to 16.01.2003 when a National Phase Application was filed by Novartis for the grant of Patent titled “Pharmaceutical Compositions comprising Valsartan and NEP inhibitors”, which was allowed by the Controller of Patents on 13.02.2009 as IN 229051. Subsequently, another Application bearing No. 4412 was filed by Novartis, dated 08.06.2007, for the grant of Patent titled “Pharmaceutical Combinations of an Angiotensin Receptor Antagonist and an NEP Inhibitor.” Claims in the Application were brought down to 29 claims from initial 85 claims by Novartis and subsequently to 17 claims after the first examination report by the Examiner. Later, through an amendment, dated 30.05.2016, merely 08 claims sustained in the Application. 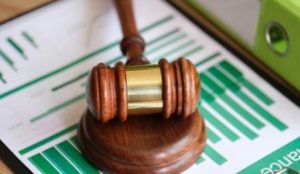 Subsequently, Natco filed a pre-grant opposition primarily relating to Claim Nos. 1, 3 and 4. Novartis filed reply to the same. Meanwhile, Novartis also instituted a Civil Suit (Comm) before the Hon’ble Delhi High Court alleging infringement of IN 229051 for marketing a product considering Valsartan.[ii] In this suit, Novartis admitted that claims in Application 4412 are already protected under IN 229051 as a result of which Natco filed an application to place the record of said Suit before the Assistant Controller.

However, on 06.06.2020, Novartis filed new set of claims with three expert affidavits. To this, Natco contended that subsequent to Natco’s objections, claim 03 in Application 4412 was deleted in the revised claims filed on 30.05.2016, however the same is again inserted as claim 04 in the new set of claims. On 07.05.2021, Natco applied for cross-examination of experts of Novartis, which was rejected by the Assistant Controller. The Hon’ble High Court considering the case of UCB Farchim SA v. Cipla Ltd.,[iii] directed that Natco is permitted to file its experts’ affidavits against Novartis along with, if any, additional written submissions from both sides, and also provided a date for hearing. The Hon’ble Court directed the Assistant Controller to communicate the claims of Novartis to be considered to both parties, and provided a date for the finalisation of decision by the Patent Office.

Following the aforementioned order, Natco only filed an expert affidavit of Dr. Ramesh Dandala. The Patent Office provided personal hearing to both parties where it communicated claims to be considered and subsequently, the written submissions were filed by both sides on 20.09.2022, as per the Order. However, the concerns emanated on 25.11.2022, when the Assistant Controller addressed a Hearing Notice under Section 14 of Patent Act only to Novartis. Novartis presents itself on 02.02.2022 and on 14.12.2022 submits. The Assistant Controller passes the order on that very date allowing the Patent titled “A Dual Acting Compound and Process for Preparing the Same” with 1-7 claim (i.e., deleted Claim 04 and revised Claim 05). The hearing notice dated 25.11.2022 and written submissions by Novartis dated 14.12.2022 uploaded on the website on 15.12.2022, which is only after the Order was passed by the Controller dated 14.12.2022. Aggrieved by the same, the present petition was filed by Natco.

The gist of the issue present in this matter was with regards to the sanctity of one of the chieftains of the principles of natural justice i.e., audi alteram partem with regards to pre-grant opposition hearing under the Patent Act. Whether or not, the defiance of audi alteram partem by the Assistant Controller in granting no right to Natco to hear on pre-grant opposition, thereby further defying the judgment of the Hon’ble High Court, is just in the eyes of law?

Judgment By The Hon’ble High Court

The sixty-eight pages judgment after delineating the exhaustive submission of rival parties came to analyse the facts of the matter and first, through judgments galore established that the principle of audi alteram partem is a necessary part of dispensing justice in India. The Hon’ble Court acknowledged, which is already well-established, that the principles of natural justice are deemed to be present in every statute and are presumed to be attracted unless they are excluded explicitly or their exclusion can be inferred through necessary implications mandated by the text.

The Hon’ble Court put forth that wherever proceedings are adversarial, adherence to audi alteram partem is a must. Thereby, when a party files pre-grant opposition under Section 25 of Patent Act, the dispute becomes adversarial and there must be adherence to audi alteram partem in such cases at every stage unless the party remains absent even after called upon. The Hon’ble Court notes that there is no provision in Patent Act and Rules, which categorically allows exclusion of one party, and that too of the pre-grant opposition party. After a pre-grant opposition is filed, the dynamic of the Patent Application changes and from their onwards there are two parties involved; both having equal interest in the grant or refusal of the Patent.

The Court considered right to oppose grant of a Patent equally sacrosanct to the right to seek grant of a Patent. The Court then came to right to amendment of the application under Sections 57, 58 and 59 of the Patents Act. Considering Section 59(1) of the Patents Act, the Court noted wide ambit of words ‘disclaimer’, ‘correction’ and ‘explanation’. It stated that it can be deciphered from the facts that the amendments/ ‘corrections’ are made time-to-time to the application, which substantially affects the interest of both parties i.e., seeking to amend the claims and other objecting to the claims. Consequently, both the parties must be heard.

The Respondents claim that Sections 14 and 15 shall be read in tandem as they focus on one eventuality, however the Hon’ble Court disagreeing from the same cleared the air while explaining that under Section 14 only Examiner can raise the objections, which will be summarily communicated to the Applicant by the Controller, and, subsequently if the Applicant requests, the Controller should hear him prior to taking any decision, while Section 15 provides that the Controller himself can raise the objections in case of discrepancies present in the application. The distinction between the said Sections was not relevant to the present dispute however the respondents contended that the Hearing Notice was in continuance of original objections raised by the Examiner. This fallacious argument was even accepted for a moment but even after this, the Court stated that the Assistant Controller cannot hear Novartis ex-parte as Rule 55 of the Patent Rules provides for the adjudication of both Controller’s objections and pre-grant opponent’s objections after hearing both parties.

Section 25 of the Patent Act requires the disposal of pre-grant opposition after hearing the person opposing the grant of a patent in such manner and within such period as prescribed [by Patent Rules]. Rule 55 of Patent Rules, “Opposition of the Patent”, provides the manner in which Opposition is to be filed before the Controller and requires the Controller to consider the Opposition only when a request for examination of the application has been filed. The Rule further mandates that if after considering the representation, the Controller is of the opinion that application requires refusal or amendment, then s/he shall issue a notice to the Applicant and the Applicant shall file his statement in evidence within three months and also provide a copy to the opponent. The Rule also provides that after considering statement in evidence of the Applicant and Opponent and, after that, submissions made by both the parties, and, if so requested, to hear the parties, the Controller may opt one out of three ways i.e., reject the opposition made by pre-grant opponent, refuse to grant patent or direct for complete specifications and amendment in other documents up to his satisfaction. Thus, it can be deciphered from the Rule that the pre-grant opponent has to be always kept in picture. The Court also noted that the same position is also elucidated by the Ayyangar Committee Report.

The Court then went on to distinguish the case of Haryana Pesticides with the present matter and stated that in Haryana Pesticides the notice was issued by the Controller to amend the claims during the course of examination under Section 14 of the Patent Act however the facts of the present dispute are completely different.[iv]

The Court also acknowledged other disquieting aspects of the matter such as the Order on Grant of Patent was issued on the very same day of written submissions by Novartis, the decision with regards to Claims 01 to 03 and 06 to 08 was already communicated to the Novartis behind the back of Natco, which was completely prejudicial to the pre-grant opposition filed by Natco, and every proceeding, i.e., from Hearing Notice to Order of the Assistant Controller, came to known to Natco when it was uploaded on the website.

Prior to touching upon the Maintainability of the petition under Article 226 of the Constitution of India, the Hon’ble Court noted the breach of the High Court’s Order dated 12.06.2022 where specific directions were passed but no adherence was given to them by the Assistant Controller. The Court after duly considering the cases of Whirlpool,[v] Best Agro Life,[vi] and Harbans Lal Sahnia,[vii] allowed the invocability of Article 226 in the present matter.

Author: Kaustubh Kumar, in case of any queries please contact/write back to us via email to chhavi@khuranaandkhurana.com or at  Khurana & Khurana, Advocates and IP Attorney.