A recognisable phrase, word, emblem, or symbol that identifies a particular product and legally distinguishes it from all other products of its sort is referred to as a trademark. A trademark recognises the company’s ownership of the brand and solely distinguishes a product as being its own. Generally speaking, trademarks are regarded as a type of intellectual property, whether or not they are registered. By using a trademark, one can stop third parties from using their goods or services without their consent. Additionally, they forbid any marks that could be mistaken for an already-existing mark. This means that a company cannot use a sign or brand name if it is identical to one that is already registered, especially if the products or services are connected, in terms of appearance, sound, or meaning. For instance, it is illegal for a soft drink company to have a name that sounds like Coke or a symbol that resembles Coca-Cola. 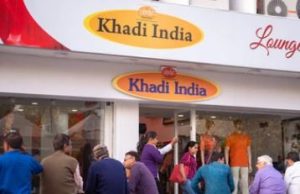 In reality, the use of trademarks in marketing is legendary, and the power of branding in business may fill volumes. Asking for a Kleenex instead of a tissue is an example of how some companies, like Kleenex, are so well-known and have such strong brand identities that they have all but replaced the noun that was the original word for the good or service. The Kleenex trademark is owned by Kimberly Clark (KMB), which introduced the brand in 1924 as a disposable tissue for removing makeup. The trademark was reintroduced by the firm in 1930, this time as a replacement for handkerchiefs.

Khadi and Village Industries Commission, the plaintiff, is a statutory commission. The plaintiff has included information about numerous registrations for the trademark “KHADI,” including word mark, device mark, and label mark information in paragraph 10 of the plaint. The plaintiff claims that the defendant engaged in passing off and trademark infringement by using the contested marks. According to the argument, the plaintiff registered its numerous trademarks starting in 2014 and began using them in September 1956. It is asserted that the plaintiff’s trademarks are connected to high-quality khadi items, not just textiles. The complainant asserts that goods displaying his registered trademarks have come to be regarded as a seal of approval for top-notch khadi goods. This Court is also informed that the plaintiff’s registered trademark “KHADI” is on a list of well-known trademarks maintained by the office of the Registrar of Trademarks.

The attorney cited the Khadi and Village Industries Commission Act, 1956, to make the claim that the plaintiff Commission was established in accordance with the terms of the Act. The term “khadi” is defined in Section 2(d) of the Act, which also mandates that the commission carry out tasks to guarantee the growth and operation of the industries that will provide jobs in rural areas.

Furthermore, it was argued that since the defendant had already requested to register the word “KHADI,” the assertion that the word “khadi” is generic or descriptive in character was unjustified. It was further argued that the defendant’s claims of earlier usage are unfounded and that, in any case, the defendant is ineligible to employ Section 34 of the Trademarks Act due to the undertaking given to this Court, which was recorded in the order, and the KVIC Act’s statutory framework.

The defendant claimed to not be selling any products with the name “KHADI” on them or labelling them as such, and it pledged not to sell any “KHADI” products without a certificate from the plaintiff, the court said. It becomes obvious that the defendant cannot now depend on the definition of the term “khadi” in Section 2(d) of the KVIC Act, which states that it is only used to refer to cloth or textile.

The plaintiff filed the previous lawsuit in which the undertaking was recorded due to the defendant’s attempt to continue selling “KHADI” products by violating the plaintiff’s registered trade mark and the fact that the KVIC Act’s statutory system would be violated without such certification. This does not imply that the plaintiff’s attempts to rely only on statutory rights under the KVIC Act in either the former lawsuit or the current lawsuitEven though the current lawsuit is solely based on claims of trademark infringement and passing-off involving the plaintiff’s registered trademark, it must be understood in light of the fact that the defendant itself sought certification for the sale of “KHADI” products and later experienced suspension and withdrawal of the certificate.

The honourable court determined that the plaintiff’s argument, which relied on Sections 29(4) and 29(5) of the Trademarks Act, had merit because the use of the word “KHADI,” which is a prominent, essential, fundamental, and substantial feature of the registered trademark of the plaintiff, in the defendant’s corporate name amounts to infringement and passing-off on the surface.

The association had applied to the KVIC for a licence to market KHADI items, but Justice Pitale noted that the KVIC withdrew the defendant’s licence after receiving complaints that the cloth it was selling did not include Khadi material. Despite the certificate being revoked under the trademark, the association continued to sell goods, which is what caused the KVIC to launch the initial lawsuit. The defendant had then signed an agreement indicating that it was not selling any goods with the name “KHADI” on them and that it would not do so without a licence from the KVIC.

Author: Tanya Saraswat, in case of any queries please contact/write back to us via email to chhavi@khuranaandkhurana.com or at  Khurana & Khurana, Advocates and IP Attorney.