This theory of initial interest confusion relies on luring the buyer toward the product in an effort to cause confusion among the general population. Before the customer even buys the product, there is already uncertainty due to two marks that are identical to each other and operate in the same market. As it has been established that a trademark is being used illegally and as a result, the plaintiff’s product’s goodwill is being harmed due to the name of the product, the plaintiff has already met the legal need for proof of trademark infringement. Here, it can be seen that the competing product, RAJNIPAAN, does not live up to the standards. 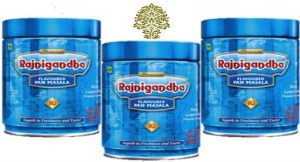 The United States Court of Appeals for the Ninth Circuit used the 8-factor test in AMF, Inc. v. Sleekcraft Boats to determine whether a customer who is willing to buy a product from one website will become confused when they see the same product on another website because the search results are disorganized. The court used an 8-factor test in the case to resolve the issue of two confusingly identical marks.

The plaintiff in this lawsuit is a member of the 1929-founded Dharampal Satyapal Group, a multi-diversified conglomerate. The Dharampal Satyapal Group has established its brand since its inception in the industries of food and beverage, confectionery, hospitality, mouth fresheners, pan masala, tobacco, agro-forestry, rubber thread, and infrastructure, among others, with the plaintiff’s product being known by the name RAJNIGANDHA. When the product line was later broadened, the plaintiff obtained a trademark for flavoured pan masalas under the name “RAJNIGANDHA” in 1983. The plaintiff initially received a trademark for the mark “RAJNI” in the year 1980.

When competitors began to release their products under the moniker RAJNIPAAN, which also deals with flavoured pan masalas, problems began to arise. The plaintiff filed a lawsuit against the defendant after alleging that the product used and advertised by the defendant is misleadingly similar to another product. The Delhi High Court has granted an ex-parte ad interim injunction in favour of the Plaintiffs and against the Defendants in the current case, prohibiting anyone connected to the Defendant or their company from manufacturing, selling, offering for sale, or advertising any goods or services, including but not limited to pan masala products, confectionary, and other foods.

As in this instance, despite multiple legal notifications, the defendants failed to show up in court, and after hearing the plaintiff’s arguments, the court issued an ex-parte ad interim injunction in the plaintiff’s favour. The plaintiff claims that because of its distinctive packaging with a unique layout, getup, and colour scheme, its product has developed a reputation for being the most widely distributed premium flavoured pan masala in the world. According to general consensus, the majority of people all over the world associate the plaintiff with the trademark RAJNIGANDHA. The only modification made by the Defendant is the substitution of the word “GANDHA” for the word “PAAN,” and as a result, Plaintiff’s well-deserved reputation may be used to establish false market acceptance. In this case, the defendant cannot demonstrate that he made any additions that set his goods apart from those of the plaintiff.

The Plaintiffs have filed a Certificate of Registration in this regard that is valid and current, and the Court observed that they are the registered owners of the trademark RAJNIGANDHA. The Defendants who opted not to participate in the proceedings have not presented any proof to the contrary.

The Court further stated that after analysing the competing marks and the contested label or packaging, it is evident that there is a deceptive similarity between them because the packaging of the contested product was purposefully created with an identical colour scheme, font, and labels to give an overall look and feel of the Plaintiffs’ products under the RAJNIGANDHA marks. This was done to take advantage of the Plaintiffs’ considerable goodwill and reputation in their RAJNIGANDHA marks.

The goods are allied and cognate, the triple identity test is satisfied because the trademark is nearly identical, the trade channels are identical, and the consumer base is the same, and the court concluded that the defendants intentionally and maliciously adopted a deceptively similar mark and only changed “GANDHA” to “PAAN” in order to capitalise on the goodwill and reputation built by the plaintiffs.

The court assesses “deceptive likeness” by considering a number of factors, such as the law of initial interest confusion and the 8-factor criteria to evaluate trademarks awarded to two different products. This case serves as a classic illustration of what qualifies as such an occurrence. Additionally, in order to answer a trademark-related question, a court must generally consider the mark from the viewpoint of a reasonable person as well as the nature of the business, degree of likelihood, etc.

Author: Tanya Saraswat, in case of any queries please contact/write back to us via email to chhavi@khuranaandkhurana.com or at Khurana & Khurana, Advocates and IP Attorney.