The OTT Ordeal: An Analysis of the Telecommunication Bill, 2022

On 21st September, 2022, the Department of Telecommunications released the Draft Telecommunication Bill of 2022 (hereinafter referred to as the “Bill”) to replace three archaic legislations currently governing the telecom sector that are, the Wireless Telegraphy Act, 1933, the Indian Telegraph Act, 1885, and the Telegraph Wires (Unlawful Possession) Act, 1950. This draft bill seeks to consolidate the aforementioned statutes and proposes significant changes in the current telecom regime. It scraps outdated concepts such as ‘telegraph’ and ‘telegraph officer’, provides a new definition to the term ‘telecommunication services’ and suggests licensing requirements for over-the-top (OTT platforms) communication services, inter alia. One critical addition to this bill is the proposed dilution of powers of the Telecom Regulatory Authority of India (TRAI), both as a regulatory body and as a licensing authority. Although there are a number of controversial aspects therein which are being deliberated upon by stakeholders, the present article does an in-depth analysis of the inclusion of OTT platform in the bill and its implications. 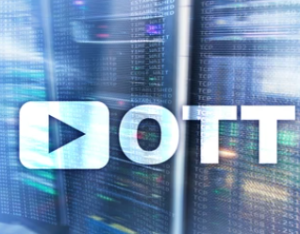 Section 4(3) mandates every entity “providing telecommunication services or telecommunication network” to obtain a license and operate within the tenure granted by the it. Subjecting OTTs to the same licensing conditions as cellular service providers is not feasible and prudent as they work on an IP backed network. Moreover, it is the telecom companies which provide OTTs the fundamental infrastructure for broadband and internet access. The intent of the government behind bringing OTT platforms under licensing measures is evident. However, the ambiguity in determining the licensing regime remains as the provisions neither clarify nor elaborate on the kind and procedure of licensing required for OTT platforms; whether it will be similar to the extant licensing regime, or will the government set up a different mechanism. Clarifications for the same are crucial, given the differences between the underlying framework and core fundamentals of OTT platforms.

It is now mandatory for OTT platforms to adhere to a pre-existing licensing regime, which includes a series of obligations, including maintaining ‘Know Your Customer’ (KYC) information, adhering to specific encryption rules, and granting the government access to networks and equipment. This takes us to the second prong of the issue which pertains to the government becoming a surveillance state by breaching user privacy.

Section 24 of the draft Bill empowers the central and state governments, as well as authorised officials, to intercept information sent or received over telecommunication services “in the interest of the sovereignty, integrity or security of India, friendly relations with foreign states, public order, or preventing incitement to an offence.” This provision impairs the encryption offered by OTT communication platforms, thereby raising imperative data privacy questions, especially in light of the absence of a data protection framework. The aforementioned provision is similar to Rule 4 of the Information Technology (Intermediary Guidelines and Digital Media Ethics Code) 2021, which requires the identification of users sending messages on their platforms. The same has been challenged on the grounds of breach of consumer privacy. Similarly, Section 24 of the Bill catalyses the pre-existing data privacy concerns of users and reinforces the fear of a surveillance state with the government being the interceptor of all private information.

The government aims to build a framework to regulate communication through OTT based platform. This step is mandatory in view of the exponential growth of the sector which undercuts the traditional sector. It is suggested that a fresh legislation should be framed instead of trying to accommodate the regulations of internet-based communications under the Telecom Bill. The crux of such a regulation lies in creation of a distinct framework to regulate OTT tele-communications since, it is advancing arena of technology and communication which cannot be serviced by merely amending an outmoded model of telecom rules.

Author: Dhanya Jha, a student of Rajiv Gandhi National University of Law (Punjab) in case of any queries please contact/write back to us via email to chhavi@khuranaandkhurana.com or at Khurana & Khurana, Advocates and IP Attorney.