In the matter of – N.V. SATHEESH MADAV & ANR. VS DEPUTY CONTROLLER OF PATENTS & DESIGNS (C.A.(COMM. IPD-PAT) 111/2022- A Patent Application for the product [A Bio-Bed for growing Vigna radiata (Linn) Wilczek plants] was filed in December, 2008 at the Delhi Patents Office along with ten provisional claims. A First Examination Report (FER) was issued on March 30, 2017 and the objection was raised that the claims lack inventive step in view of the prior-arts document that were mentioned in the report.The report further made claims that the product wasn’t an invention within the meaning of section 2(1) (j) of The Patents Act, 1970 and the claims relate to a method of agriculture and hence, would not be patentable.

The report raised relentless objections stating that the claims do not clearly define the bio bed preparation steps and also objected that the claims only mentioned the result of the method and did not take into account any points regarding the technical features of using the said method. The report also had objections regarding the clarity and conciseness of the explanations provided in the claims made in the patent application. It considered it to be vague as it did not explain terms such as “controlled manner” or It is not clear how much quantity of hydrant is being referred to as “small quantity”. It has objected to the format of the claims which were not in proper format as they should be. 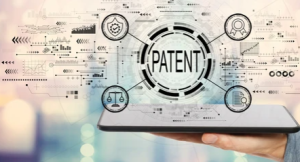 The impugned order was passed by the Deputy Controller refusing the grant of patent under Section 15 of The Patent Act, 1970 on the following grounds:

SUBMISSIONS BY THE COUNSELS:

Submissions by Counsel for the Appellants- Mr. Tarun Khurana (Adv.)

In the response to the FER, Mr.Tarun Khurana compellingly provided essential explanations that helped in looking upon the differences between prior parts and the bio-bed, apart from dealing with the other objections raised by the Controller in the FER. Below is a summary of the submissions made by the Mr.Khurana:

Submission by Counsel for the Respondent-

The counsel for the Deputy Controller of Patents & Designs, Mr.Manish Mohan (CGSC), handed over short submissions in support of his argument in which the objections under Section 3(h) of the Act had been reiterated. Mr.Mohan further submitted that the Patent claimed is not an invention and there is no inventive step involved. He further submitted that the Patent Office does not give monopoly over growing seeds on such bio-beds of already known non-absorbent cotton.

DECISION OF THE HON’BLE COURT:

In the present case, the Patent Office failed to analyse the claims judiciously, which Mr. Tarun Khurana vehemently opposed thereby arguing as to how the Patent Office had merely rejected the application without providing justifiable reasoning for the objections that they raised. The Controller failed to analyse as to how the invention that is the subject matter of the patent application is lacking inventive step. It also fails to mention how the subject is obvious to a person skilled in the art.

This rejection of the application exudes a certain nonchalance displayed by the Deputy Controller and it makes it pertinent for the application to have a fresh consideration that it would now receive.

The Judgement in the present matter, passed by Hon’ble Mr. Justice Amit Bansal of the High Court of Delhi can be accessed here.

Author: Vikramaditya Singh, Litigation Associate at Khurana & Khurana Advocates & IP Attorneys, in case of any queries please contact/write back to us via email to vikram@khuranaandkhurana.com.