China has created and improved a contemporary IP system with Chinese characteristics during the past 40 years. In a number of areas, such as legislation, enforcement, and international exchanges and collaboration, it has made outstanding development and secured historic accomplishments. Strengthening IP rights protection is now widely acknowledged in China as the key to bettering rights protection and a key driver of raising the nation’s economic competitiveness. 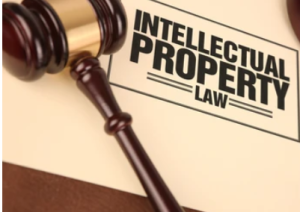 China has built an IP system that balances judicial and administrative protection, with the former serving as the primary means of IP protection, in accordance with local requirements. The foundation upon which China has constructed its historic successes in IP judicial protection within a very short period of time is the continued strengthening of the “top-level design.” There is a strategic vision and leadership from the top in China, as emphasised by WIPO Director General Francis Gurry in an interview with the China Global Television Network (CGTN). This relates to increasing scientific capability, innovation—the introduction of new goods, services, or technologies into the market—and intellectual property, whose function is to safeguard the competitive advantage provided by that invention.

Strengthening the legal system and preserving the paramountcy of judicial protection of intellectual property rights were listed as priority in China’s Outline of the National Intellectual Property Strategy published in June 2008. The Supreme People’s Court established China’s fundamental policy on intellectual property judicial protection in July 2016, highlighting the importance of the judiciary, rigorous adherence to the law, varied sanctions, and proportionality.

Three IP courts were established in Beijing, Shanghai, and Guangzhou at the end of 2014 to imaginatively investigate a specialised IP adjudication system with Chinese features. The public and the international community responded to this development in a very good way. The report on the development of IP courts by Mr. Zhou Qiang, Chief Justice of the People’s Republic of China and President of the Supreme People’s Court, was discussed by the Standing Committee of the National People’s Congress in August 2017. The importance of IP courts in fostering innovation, enhancing the calibre and effectiveness of adjudication, and advancing judicial reform was explicitly acknowledged by the Standing Committee. The formation of IP tribunals by intermediate people’s courts in Nanjing and 18 other cities has been authorised since 2017 by the Supreme People’s Court. This makes it possible to combine top-notch skills to handle patent and other complex technological disputes internationally in a more expert manner.

A similar set of guidelines for evidence must be established because intellectual property rights are intangible. The market economy gave rise to the contemporary IP system. As a result, restitution for IP infringement must be based on market values. We firmly believe that IP rights have value and that their owners should be entitled to a fair compensation for it. In light of this, and in an effort to foster greater respect for IP rights, we are putting in place a more stringent punitive damages regime to stop trademark infringement and trade secret theft. The IP environment in China is changing, and this is a historic and unprecedented step in that shift.

Chinese IP law is being developed through both the transplantation of laws and the rejection or modification of foreign legal norms. It also covers the development of new regulations as a result of regional requirement. China has recently made changes to its IP laws, including new legislation and institutional changes, which demonstrate the country’s increasing acceptance of the norm-setting role. As shown by the national IP strategy, this comprises attempting to control local actors by using intentional tactics and strategies to make creators and innovators “governable” and using specific performance measurement in a few key areas. China has a very different reason than other nations for the establishment of specialist IP courts, as evidenced by the de-localization of the court, the professionalisation of the selection of judges, and the establishment of a specialised IP court. The explanation frequently stems from the judges’ skill and the requirement for forum attention. In China, it appears that the rhetoric about using specialised courts or judges to decide on the intricate details of IP disputes is still somewhat accurate.

Author: Tanya Saraswat, in case of any queries please contact/write back to us via email to chhavi@khuranaandkhurana.com or at Khurana & Khurana, Advocates and IP Attorney.