Traditional Cultural Expressions also known as an ‘expression of folkore’, refers to cultural identity which forms an integral part of the heritage of a community. These expressions are passed on from one generation to another, and may be in the form of music, dance, performances, narratives or any other artistic form.[1]Traditional Cultural Expressions (TCE) can be protected under the Intellectual Property Rights regime, for benefitting the particular community as a whole, and not just an individual who attains the rights through any existing intellectual property law.[2] 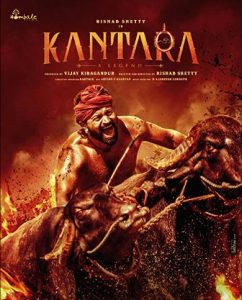 India, being a nation with rich heritage and varied culture houses several forms of traditional cultural expressions. Recently, one such traditional cultural expression has been highlighted through the movie Kantara, which is known as Bhoota Kola or Daiva Aradhane, which is an artistic dance form or a traditional ritual performed to worship spirits. This tradition is prevalent and practiced in regions of Karnataka.[3] Though these expressions are practiced and performed by smaller communities, they do not get enough recognition or protection.

While Traditional Cultural Expressions are recognised and protected in the international regime, there is no sign of such a concept in the Indian Legislative system. Though the Constitution mentions about the rights of minorities to preserve and protect their culture[4], it specifically deals with minorities, therefore it would prevent any community which is not a minority from protection. Further, the Indian Intellectual Property Rights regime has provisions to protect literary and artistic work in the form of copyrights, but there is no framework which has an intersection between law and culture. Though there is no specific intellectual property legislation, there can arise a situation where a specific art form, which is intrinsic to a culture may be incorporated under the existing framework of law, but it might not be feasible in all circumstances.

Feasibility Of Copyrights On Bhoota Kola

In the context of Indian copyright regime, a performer or owner of a copyright is an individual, and there is no provision for granting protection to a community. Though there is a provision for joint ownership, when it is a generational tradition, it is difficult to identify and grant the right one individual. While considering bhootha kola, as the traditional cultural expression, it is performed by members of a particular community in Karnataka, there are several members and not just one performer. This dance form has also been prevalent for several years, and granting the right to perform to just one person would exclusively grant them the right to authorise/ prevent others and not protect the entire community.

Further, with respect to the authorisation, the right to performance of bhoota kola, cannot be transferred to another person, as the dance form is not merely a specific form of dance, it is a ritual which is believed to invoke the daiva or the worshipping spirit. The dance form requires skills, dedication and a considerable amount of training in order to be performed.[8] Considering that the dance form is cultural expression, it also includes several religious and superstitious beliefs. It is believed that the performer temporarily takes form of God, and resolves all issues. The emotions and superstitions attached to the dance form also restricts any outsiders from performing the dance or ritual. Even if a copyright or performers rights are granted to an individual in the specific community, only the community members would be performing the act, and there would not be any commercial or economic benefit arising out of such a recognition being granted. Therefore, providing such a recognition would also not be of any use as the specific rights of performance cannot be utilised.

Further as per the Copyrights Act, originality is an essential requirement for receiving protection under the Act.[9] Originality also refers to the independent work, creativity, labour or skills of the owner.[10] Though Bhoota Kola performers utilise their skills in the performance, the steps or the performances are made based on the traditional moves which have been followed from several generations, and due to this non-fulfilment, it cannot be protected as a copyright.

As protection of traditional cultural expression cannot be granted under the current copyright laws, there has to be sui generis form of protecting these expressions of folklore. It is necessary to protect a folklore such as Bhoota Kola, and recognise the folklore which has been practiced for several years. Providing recognition and benefits is necessary, as these performers are also performing and yet, they are not granted enough remuneration, respect or recognition for their skills. Further, it is seen that traditional cultural expressions are portrayed in movies, without taking prior permission of the community. There have been several cases where issues have arisen due to cultural misappropriation, for instance in the movie Padmavat, the dance form of ghoomar has been misrepresented.[11] The movie of Kantara has also portrayed the ritual of bhootha kola, but in this case, the portrayal of the traditional cultural expression has had a positive effect, as the Karnataka Government has decided to pay a fixed remuneration to these performers or artists.[12] Although, if India had a regime where traditional cultural expressions were protected, prior permission would have been taken by the community, and some percentage profits were earned by the movie could have also been granted to the community.

Traditional Cultural Expressions form an essential part of the culture of a particular community. These are expressed in the form of music, dance, art, performances, and several other forms. Yet, there is no specific legal recognition for this form of expression. These cultural expressions are recognised as rights under United Nations Declaration on Rights of Indigenous People[13] and can be granted protection under the Berne Convention[14], but there is no internationally binding mechanism currently dealing with specific sui generis protection. In India, the current copyrights regime is not feasible due to the limited years, individual protection and originality criteria. Considering that India is a nation with rich heritage, there is a need to provide sui generis protection, which can be implemented in the following manner:

Developing a mechanism under which state governments recognised and register TCEs

Author: Jyothsna Nanda Kishore, a Student at Symbiosis Law School, Pune. in case of any queries please contact/write back to us via email to chhavi@khuranaandkhurana.com or at Khurana & Khurana, Advocates and IP Attorney.