Legal Action Against Kantara’s “Varaha Roopam”: What Did the Courts Say? 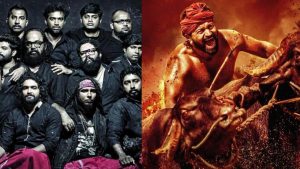 In 2022, a Kannada action-drama film named “Kantara” written and directed by Rishab Shetty and produced under the banner of Hombale films received huge box office success and was acclaimed by critics all over the country. However, soon after its release on 30th September, the blockbuster film was subjected to plagiarism allegations by Kerala-based band Thaikkudam Bridge who alleged that the film’s song “Varaha Roopam” was a copy of the band’s own song, “Navarasam” which was released five years ago. The blog conducts a chronological review of the lawsuits against Hombale Films and the makers of Kantara including the subsequent appeals to analyse the rationale behind the court’s decision. Further, the blog presents the readers with the arguments of both sides, highlighting the common trajectory of music copyright suits in India in order to predict the foreseeable outcome in this matter. 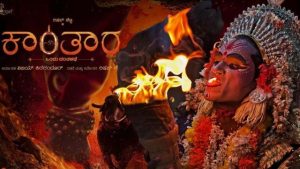 In 2022, a Kannada action-drama film named “Kantara” written and directed by Rishab Shetty and produced under the banner of Hombale films received huge box office success and was acclaimed by critics all over the country. However, soon after its release on 30th September, the blockbuster film was subjected to plagiarism allegations by Kerala-based music band Thaikkudam Bridge who alleged that the film’s song “Varaha Roopam” was a copy of the band’s own song, “Navarasam” which was released five years ago. Subsequently, the producers of the film were forced to remove the song film while the film continues to be widely streamed on OTT platform Amazon Prime owing to the stay orders against it. The blog takes account of all the legal action initiated against the film’s song “Varaha Roopam”, analysing the rationale behind the judge’s decision. Further, the blog presents the readers with the arguments of both sides, highlighting the common trajectory of music copyright suits in India in order to predict the foreseeable outcome in this matter. 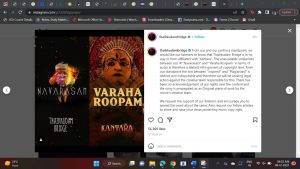 Hombale films received the first legal notice on 19th October 2022 regarding the matter from none other than Mathrubhumi Printing and Publishing Company Ltd (MPPCL) who claimed to have assignee copyright over the alleged song. Subsequently, the Kerala-based band Thaikkudam Bridge took to the social media platform Instagram on 24th October 2022, a month after the film’s release to level allegation of plagiarism against the song “Varaha Roopam”. In its post the musical band alleged that there were “unavoidable similarities” between the band’s own song “Navarasam” and song “Varaha Roopam” owned by Hombale films, expressing its disappointment on the plagiarism of the song in the garb of inspiration. The band informed its followers that the makers have repeatedly promoted the song as an original creation of the film’s creative team, depriving the band of their due credits. Therefore, the post was a public clarification that the band is in no capacity affiliated with “Kantara” or the film’s song “Varaha Roopam” and would be pursuing legal action against the makers and the owners of the film for the same.[1] Thereafter, Hombale Films not only responded to MPPCL’s legal notice but also filed a caveat before the Kozhikode District Court, as a precautionary measure for any suit of infringement that might be filed against them.[2]

LAWSUITS AND ITS ANALYSIS

Thaikkudam Bridge moved to court alleging copyright infringement of their original musical work and sound recording of ‘Navarasam’, “claiming and absolute moral and certain legal rights and entitlements reserved to it under the Copyright Act 1957”.[3] While the musical band filed the matter before the Kozhikode Court against Hombale films and the composer of the song B. Ajaneesh Loknath, the copyright holder of the alleged song, MPPCL simultaneously filed another suit alleging with the same claims before the Palakkad District court. Initially, both the courts approached by the plaintiffs respectively passed an ad interim order imposing a temporary injunction on the use of the song “Varaha Roopam” in the film or otherwise on all streaming platforms as well as in movie theatres. Here, it is important to note that both Thaikkudam Bridge and MPPCL objected to the alleged song claiming ownership over it, however when viewed from the perspective of validity of ownership rights Thaikkudam Bridge cannot have economic rights over the alleged song if MPPCL owns the rights to it and vice versa. Therefore, both the courts failed to address the primary issue of ownership as well as adequately examine the prerequisites of passing an injunction order before passing ex parte ad- interim injunction orders. While there is a possibility that of the existence of a licence agreement wherein both the licensor and the licensee retained the right to sue, the issue remains unclarified before the court. These ad-interim orders the compelled the defendants to remove the song from the film while it continues to be widely streamed on streaming platform like Amazon Prime, YouTube and Spotify months after its theatrical release.[4]

Without waiting for the lower courts to pass a judgement over the said matter the defendants appealed against the ad interim ex- parte injunction order of the Kozhikode Court and Palakkad district courts before the Kerela High Court under article 227[5], requesting the court to annul the lower courts’ order claiming that the orders lack “inherent, pecuniary and territorial jurisdiction” [6] contenting the orders to be void ab-initio. The defendant’s appeal raised multiple issues before the HC such as the lack of clarity regarding the ownership rights of the original song, the absence of irreparable harm, the malafide intention of the plaintiffs to bypass a caveat by filing multiple suits on the same cause of action as well as deliberate undervaluation of the suits in an attempt to escape the jurisdiction of the Commercial Court. However, the defendant’s plea was not entertained by the high court due to procedural protocols since as per the court as an ad- interim order passed by a lower court is not an appropriate instance to invoke the extraordinary jurisdiction of the high court under article 227[7]. Basing its judgement[8] on prominent judicial pronouncement Justice C.S. Dias clarified that such power of the High Court must be invoked sparingly and when in need and not for correcting mere errors made by the lower court. The court stated, “the exceptional power of superintendence is not to be exercised at the drop of a hat at the ad-interim stage, particularly when the petitioner has an alternative and efficacious statutory remedy provided under the Code and the special statutes.”[9] Thus, the single judge bench of Justice C.S.Dias in the Kerela High Court dismissed the appeal, disapproving the petitioner’s action in approaching the high court on two grounds; firstly the matter was at a nascent stage in the lower court and secondly the petitioner approached the High Court without exhausting the existing and available statutory remedies at hand.[10] The petitioner’s case would have probably achieved a better outcome had they approached the court under First Appeal from Order (FAO) under Order XLIII Rule 1(r) of the CPC rather than appealing under article 227.

Author: Apurbaa Dutta, Final Year B.A.LLB Student, O.P.Jindal University, in case of any queries please contact/write back to us via email to chhavi@khuranaandkhurana.com or at  Khurana & Khurana, Advocates and IP Attorney.

[2] By filing a caveat before the court the individual essentially informs the court of the probability of a suit against them, requesting for a fair hearing before in such a matter.

[7] Article 227 of the Constitution of India statutorily provides the High Courts in the country the power to superintend over all courts and tribunal within the territory of India.