The Delhi High Court, in case of trademark infringement, awarded relief to eBAY after concluding that the use of the claimed trademark “SHOPIBAY,” which is similar to the mark of the other party mark “eBay/EBAY” was likely to mislead unwary consumers about the affiliation of these organisations.

The present suit was decided in the plaintiff’s favour by a single-judge bench of Justice Navin Chawla, who observed that the defendant’s use of the mark was dishonest and meant to mislead consumers. As a result, the court held that plaintiff was  entitled to costs of the suit in addition to damages of Rs 2 lakh. 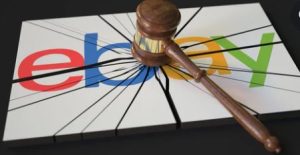 It was claimed by the plaintiff that through their e-commerce platform, which makes use of the domain name www.ebay.com, the plaintiff offers an online marketplace for the sale of products and services. The domain name was registered in 1995, and is accessible to users globally, including in India. According to the claim, the plaintiff’s website, “www.ebay.com,” was listed as the eleventh most visited website in the United States of America and the forty-second most visited website worldwide at the time the current suit was filed.

Investigation revealed that the second defendant was the one who registered the domain names www.shopibay.com (registrant country: United Kingdom) and www.myshopibay.com (registrant region: Haryana, India). According to a more detailed inquiry presented to the Ministry of Corporate Affairs, the Government of India it was revealed that the first defendant was one of the directors of the defendant numbers second and third.

After considering the submissions from both the sides, the Court held that the plaintiff was able to prove that it is the registered owner of the ‘eBay Marks’.

The Court also stated that the defendants’ domain name was confusingly similar to the plaintiffs in terms of spelling, and therefore, there was large probability of consumers being misled about the defendants’ affiliation with the plaintiff. The Court relied on “Anugya Gupta v. Ajay Kumar”[1] wherein the Court had held that the right of a proprietor in a domain name was entitled to equal protection, applying the principles of the trade mark law. The use of a similar domain name might lead to diversion, or misleading, of users, which could result from the user mistakenly accessing one domain name instead of the other. Therefore, a domain name might have all the characteristics of a trade mark and can therefore, result in an action for passing off.[2]

The court said “As far as the claim on the corporate names of the defendant no. 2 and 3, in my opinion, again the plaintiff is entitled to succeed. The use of ‘SHOPIBAY/ ’, phonetically similar to the mark of the plaintiff is likely to deceive unwary consumer of the association of these companies with the plaintiff.”[3]

The court, in its ruling placed reliance on Hindustan Lever Ltd. and Anr. V. Satish Kumar[4],  held that because the defendants initially declined to respond to the cease-and-desist notices sent by the plaintiff’s lawyer and instead expanded the scope of their commercial activity from the e-commerce space to brick-and-mortar stores, the plaintiff was entitled to damages in the amount of Rs. 2 Lakh (Rupees Two Lakh only) in addition to the costs of the suit. Accordingly, a permanent injunction was granted in plaintiff’s favour prohibiting the defendants from using the mark that was identical to the plaintiff’s mark.

Court awarded Rs. 2 lakhs damages to eBAY after concluding that the use of the claimed trademark “SHOPIBAY,” which is similar to the mark of the Plaintiff’s mark “eBay/EBAY”, was likely to mislead unwary consumers about the affiliation of these organisations.

Author: Smriti, in case of any queries please contact/write back to us via email to chhavi@khuranaandkhurana.com or at  Khurana & Khurana, Advocates and IP Attorney.