Safeguarding The Rights of Musicians Within The Indian Music Industry.

At the onset of a musician’s career, artists are extremely vulnerable to third-party exploitations that leads to multiple rights being assigned. One of the most unscrupulous and controversial contracts within the music industry, known as the “360-degree deal” , also known as the multiple rights deal, where the record labels retain complete control over an artist’s publishing rights, touring rights, as well as merchandising rights. This results in subsequently assigning all economic rights of the artist to the profit-oriented record labels. 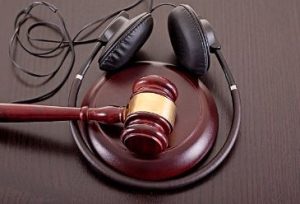 This is only an example, of the unequal bargaining power within the music industry, which results in long-term distress to the artists. The Current status quo in most cases, although it differs from a case-to-case basis, depending on the contractual clauses, is the record label paying the artist a percentage of the record sales, which is the royalty, in exchange for the selling his or her entire sound recording to the record label. This ownership leads to the record label having the right to distribute, reproduce, communicate and license the work to anyone as they suppose. This article discusses the scope of protection granted to artists under the Indian Copyrights Act, 1957, the unconscionable contracts and the inequality of bargaining power within the music industry and suggests for possible amendments to be incorporated within the current practice.

SAFEGUARDING THE LEGAL RIGHTS OF MUSICIANS IN THE INDIAN MUSIC INDUSTRY

The Protection to Indian Musicians under the Indian Copyright Act, 1957

Under the Copyright Act there exist two kinds of copyrights in musical work:

In musical compositions , the ownership lies with the composer, lyricists and the songwriters of the music. This includes the arrangement and combinations of lyrics, notes, rhythms or chords. The performer/singer of the song can claim performer’s rights and morality rights.
In the absence of any contractual agreement with the recording label, the performer can claim acknowledgement and credits on the record via the means of the quasi-contractual agreement under section 70 of the Indian contract Act (1872) as was held in the case of Neha Bhasin v. Anand Raj Anand . The performer shall be entitled for royalties in case of making of the performances for commercial use as was held in the case of, the Indian Singers Rights Association v. Chapter 25 Bar and Restaurant.

The lyricist, on the other hand, own the copyright over the lyrics, as a literary work under the act. However, the master copyright and the whole ownership of the sound recording lies with the producers of the music. This includes electronically, mechanically, or digitally produced work through speaking, singing, or fixation of other sounds. Therefore, the ownership of sound recording and the ownership of the musical composition, is with two different entities, unless the artist himself is the music producer, which is not the case for most minor and struggling artists.

Under section 17 of the copyrights act, the author is the first owner of the copyright, unless the exception of contract of service is applied, then the work created in the course of employment would all be owned by the employer. Which is the challenge faced in the music industry today, because section 17, facilitates the corporate ownership of the work created under the course of employment. Therefore, the producer of the sound recording has complete ownership over the sound recording, and the composer loses his rights under the contract of service with the producer/record label, as was held in IPRS v. EIMPAA

In India, as well, the glorification of the authors rights within a copyrighted work, is merely a cloak to cover up for concentrated industrial exercises which have been modelled after the work-for-hire provision in US copyright law, which facilitates the ownership of the work in hands of profit-oriented corporates rather than the creator himself. It is standard industry practice, for the creators to collectively assign the copyright in the masters to the record label in advance, when the artist signs his first record deal, which subsequently results in a lose-lose situation for artists further results in shrinking pay-outs.

The Future of Independent Musicians and the Way Forward

A possible way out of such contracts is the amendment to the section 17 of the Copyrights Act, ensuring that the corporations may never become the first owner of the copyrighted work, but rather the ownership remain with the artist himself. This would ensure the artist’s equal bargaining power in future contractual agreements with the record labels. Rather one can devise a revenue sharing arrangement, without the requirement to assign the work, ensuring the author and the record label, could share revenues on broad dissemination and other services. Under this a 50-50 approach, where the half is a non-assignable, renumeration right of the artist themselves, and the other half could be assigned to the record company exclusively.

Although the music industry is host to several unconscionable contracts, detrimental to artists, there is still scope to establish an effective judiciously shared revenue system, contributing to the social discourse, catering to the needs of both, the artist and the record label.

Author: Sarah Wilson, 5th year BBA LLB student at Christ (deemed to be) University, Bengaluru, India, in case of any queries please contact/write back to us via email to chhavi@khuranaandkhurana.com or at  Khurana & Khurana, Advocates and IP Attorney.