A case was filed at the Delhi High Court by ‘Starbucks Corporation’ against the Teaquila A Fashion Café for deceptively using a similarly registered trademark ‘Frappuccino’ in their products and goods by adding suffixes and prefixes to it. Starbucks has demanded damages on the profits earned by Teaquila by illegally using their registered trademark. Hon’ble Justice Jyoti Singh on 6 May 2022, passed the judgement in favour of Starbucks and awarded sufficient damages in favour of them. 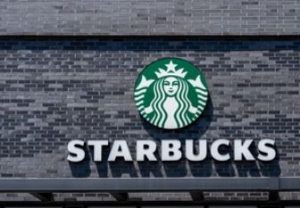 Facts and Background of the Case

The plaintiff (Starbucks Corporation) is a company started and established in the USA under the laws of the State of Washington, USA. It has its headquarters in Seattle, Washington. The company was officially registered as Starbucks Corporation in 1985. The suit was filed by Starbucks in the year 2019 and at that time it had around 30,626 retail stores in 80 countries all around the world making it one of the largest coffeehouse chains globally. In India Starbucks officially entered in October 2012 by a joint venture with Tata Global Beverages.[1]

The plaintiff claimed that the company uses the trademark ‘Frappuccino’ in all of their famous cold beverages throughout the world. The word Frappuccino was originally developed by a coffee company named Coffee Connection and it was bought by Starbuck Corporation in the year 1994, after that, all the rights related to the word Frappuccino were officially transferred to Starbucks.[2]

The use of it in different beverages was started by Starbucks in 1995. For more than 24 years the trademark has been extensively used and recognised all over the world. The validations of the trademark registrations were verified and found to be correct by the Hon’ble Court. The plaintiff stated in the plaint that the products sold under the trademark Frappuccino make a huge profit for the company and it is one of the top-level domain names in the whole world. It was mentioned by the plaintiff before the Hon’ble Court that it is the wholesome hard work of the entire company by serving the best quality products and hospitality to the customers which help it to grow so much globally. Due to their premium quality products, they can get the trust and reputation of the people. The net revenue mentioned by the plaintiff was 24,719.5 million USD out of which 260.3 million USD was used for advertising the product[3]. The amount of money spent on the advertisement of the trademark Frappuccino is very high which is why the illegal usage of it by the defendant was causing losses to the plaintiff.

Frappuccino is a well-known trademark under Section 2(1) (zg) of the Trademarks Act, 1999[4] on account of its high rankings, reputation, advertisements and huge customer base in the whole world. It was further stated in the plaint that the Starbucks Corporation is maintaining its services and protecting its trademark and copyrights constantly. Plaintiff filed a case against the Café TeaQuila- A Fashion Café (defendant) after knowing about the fact that the defendant is falsely using their trademark Frappuccino under the name ‘Butter Scotch Frappuccino’ and ‘Hazel Nut Frappuccino’ and selling it as their product without any permission or authorization from the plaintiff. It is identical to the products sold at Starbucks named ‘Smoked Butter Scotch Frappuccino’ and ‘Hazel Nut Frappuccino Blended Coffee. A notice was also sent to the defendant but they did not reply to the notice or any of the reminders sent by the plaintiff.

Whether the deceptive use of a trademark either with or without a suffix or prefix is an infringement or not?

Court held that Starbucks Corporation’s registered trademark ‘Frappuccino’ has acquired a well-known reputation and recognition and it is very much popular among the people in India as well as in other foreign countries. The defendant was deceptively using an identical trademark similar to that of that plaintiff by adding it as a suffix and prefix in their products. The products sold by the defendant are of the same description as that of the plaintiff and the trade channel is also identical to that of the plaintiff. Thus, the triple identity test[5] was verified and satisfied by the Court.

It was held by the Court that the defendant was having a false intention of using the plaintiff’s domain name in their menu cards to maximize the profit from the products sold in their name. The plaintiff claimed that approximately 400 beverages were sold by the defendant and demanded damages for those. But there was no direct evidence to support this claim and the entire claim was just based on conjectures and surmises. The plaintiff also relied upon two judgements and advertisements done by the company for punitive damages. Court thus rejected to grant damages due to lack of evidence.

But the court held the defendant guilty of infringement and asked to pay notional damages of Rs.2,00,000/- in favour of Starbucks Corporation. The defendant was also asked to pay a sum of Rs.9,60,000/- as court fees and advocates fees incurred by the plaintiff during the case.