Laws And Ethics Pertaining to Media Reporting : A Detailed Analysis

It is time to look into the Indian media and reflect on the kind of news that is delivered to the audience.” Many people, not only those in positions of authority but also others believe that the news that is being presented to us has to change. Article 19 (1) (a) of the Constitution guarantees media freedom, although no freedom is absolute.” 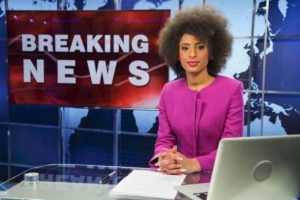 DISCUSSION RELATED TO THE REPORTING OF SENSITIVE MATTERS:

The media needs to look into the kind of reporting they do for sensitive matters. A headline such as “Depressed teen from Bokaro hangs self”, coupled with an explicit image of a knot reflects the bizarre idea that concepts such as suicide and depression happen to abnormal people. Sensationalizing news like the abovementioned will instead dehumanize people with similar struggles. Similarly, the use of diagnostic labels sparks the same problem. Citing the example of a feature story on schizophrenia, where they introduce the person” as a ‘schizophrenic’ along with their work designation. The constant use of words like ‘madness’ and ‘crazy’ throughout the clip, even if the same was meant to be sarcastic, cannot possibly be justified. Perhaps more than anyone, media professionals recognize the importance of language in conveying nuanced meanings. The language which conveys that suicide is a significant public health problem will serve to educate the community. Such language should not sensationalize suicide.”

Section 228-A of the Indian Penal Code essentially prohibits anyone from publishing the name of a sexual assault victim unless it is done as part of the criminal investigation or is authorized in writing by the victim or by their family should the victim be deceased, a minor, or of unsound mind with a penalty of up to two years in prison for non-compliance. The same penal code section also prohibits journalists from revealing any other potentially identifying information about victims of sexual assault. Section 327 (3) of the Criminal Procedure Code prohibits any reporting of a court case that deals with the sexual exploitation of a child, without the specific permission of the court. The point to be addressed is that of the victim’s name being mentioned in the judgments of the Trial Court and High Court, which was inconsistent with Section 228-A of IPC. The Supreme Court while stating that the courts should make every attempt not to disclose the identity of the victim, relied on the case State of Punjab v. Ramdev Singh[i]. As a Supreme Court ruling (in the case of Satya Pal Anand v. State of M.P[ii] highlighted: Section 228A of the Indian Penal Code discloses the identity of the victim against whom offenses under Section 376, Section 376A, Section 376B, Section 376C, or Section 376D is alleged or found to have been committed an offense.”

REPORTING IN THE MEDIA ON CHILD RAPE CASES:

The Protection of Children from Sexual Offenses Act, 2012 also includes provisions prohibiting the media from revealing the identity of child victims/survivors of sexual abuse. These provisions are not merely restricted to the name of the victim, but also extend to any other details which could end up revealing identity.”

Section 6 (ii) of the Press Council of India’s “Norms of Journalistic Conduct” deals with “the requirement to withhold the name of rape survivors from media reports. The guideline says that in such cases, the names, photographs of the victims, or other particulars leading to their identity shall not be published. There cannot be a blanket ban on media reporting on cases of rape and sexual abuse, but such incidents should not be sensationalized, the Supreme Court said.[iii]” Any “attempt made from outside to control and regulate the functioning of media is likely to cause more harm than good. The norms to regulate the media and raise its professional standards must come from inside.[iv]”

Paid news is one of the most serious challenges faced by the Indian media. It is fundamental for ethical media to be truthful and fair since a vast number of people see it and media holds the power to influence the opinion of the people and shape their opinions based on what they read or hear.

Awareness in viewers to identify which journalist or channel propagates one-sided views and does not identify the key issues in question. Thus, paid news can be identified easily by way of targeted advertisements or sponsorships or targeting any specific community of the society.”

A media trial is a trial related to a court of law in which the media house declares an individual innocent or guilty before the court’s final judgment based on debates, discussions and the opinion of the media.

Self-Regulation of Media channels by way of moral codes put directly by The News Broadcasting Standards Authority (NBSA) should not only be limited to fines or reprimands but also strict legal actions against the TV channel by suspending them for a temporary period of time or by taking a criminal action against them.

There are about 800 television channels in India and about 36,000 weekly magazine publications and some thousands of web portals. On the surface, there is a dearth of variety in news coverage as a result of the tyranny of distance, however sometimes it may seem as though the reportage lacks diversity.

Promoting and financially supporting independent journalism which is free from external political power by growing their watch time.

The country’s governance and overall progress depend on the media to an extent. In recent times, the main focus of mainstream Indian media has been to get a good TRP rating, no matter the coverage. The media should not use words that sensationalize their media but use content to motivate people. It should place people’s security over TRP ratings and monetary agendas. The function of “media is to collect, convey and comment on the information to facilitate the administration of justice.[v] Today, the issue that persists with journalism varies from paid news to show business. This shows an increasing trend towards the commercialization of journalism which has possibly diverted their main attention to increasing in viewership.”

Author: Ankit Mohanty, a Student of KIIT, School of Law, Bhubaneshwar, in case of any queries please contact/write back to us via email to chhavi@khuranaandkhurana.com or at  Khurana & Khurana, Advocates and IP Attorney.