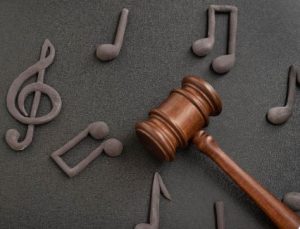 Aggrieved by the order of the Commercial Court, the Congress Party, through Ms. Supriya Shrinate who was also a party in the Commercial Suit, approached the Hon’ble High Court of Karnataka on 8th November 2022. During the course of arguments, it was admitted to posting the 45-second ‘Bharat Jodo’ video having the song in K.G.F: Chapter 2 and agreed to delete the same from all the social media platforms within a day. It was contended that a blanket order shutting down the Twitter handle of a national party violated the political party’s right to freedom of expression. It was contended that Congress was not heard before passing of the order by Commercial Court. The Hon’ble High Court of Karnataka partly allowed the appeal by setting aside the impugned Order, subject to removal of offending material from all the social media accounts of the INC by today.

The order of the Commercial Court granting the ex-parte mandatory injunction at the interim stage is against the principles laid down by the Hon’ble Supreme Court of India. In the case of Shiv Kumar Chadha v. Municipal Corporation of Delhi and Ors. [(1993) 3 SCC 161], the Hon’ble Supreme Court interpreted the reason for insertion of the proviso in Order 39 Rule 3, CPC, that is, to mandate a court to record reasons for passing an ex-parte injunction order in the facts and circumstances of a particular case. It was held that this requirement to record reasons cannot be considered as a mere formality, its objective is to inform the party restrained from exercising his/her rights under a statute/common law as to why the procedure specified in the proviso is being followed wherein a court can pass an injunction order restraining the party’s rights without affording him/her the opportunity to be heard. Therefore, it was held that an injunction order can only be granted in exceptional cases where the court thinks fit and, when notice is not being served to the other side, reasons must be recorded for doing so.

In another case of Morgan Stanley Mutual Fund v. Kartick Das [(1994) 4 SCC 225], the Supreme Court held that ex-parte injunction can be granted only in exceptional cases and laid down the factors to be considered while granting an ex-parte injunction as under:“

a) whether irreparable or serious mischief will ensue to the plaintiff;

b) whether the refusal of ex-parte injunction would involve greater injustice than the grant of it would involve;

c) the court will also consider the time at which the plaintiff first had notice of the act complained so that the making of improper order against a party in his absence is prevented;

d) the court will consider whether the plaintiff had acquiesced for sometime and in such circumstances it will not grant ex parte injunction;

e) the court would expect a party applying for ex parte injunction to show utmost good faith in making the application;

f) even if granted, the ex parte injunction would be for a limited period of time;

g) general principles like prima facie case, balance of convenience and irreparable loss would also be considered by the court.”

Author: Deeksha Prakash, in case of any queries please contact/write back to us via email to chhavi@khuranaandkhurana.com or at  Khurana & Khurana, Advocates and IP Attorney.