Is Tax Theft ? – Unearthing The Logic Behind Tax Fraud

INTRODUCTION : THE GENESIS OF TAXATION IN INDIA

The germination of the system of taxation can be referenced far back to the ancient times as traced under the writings of Manusmriti and Arthasastra. According to the Sastras, Manu, the ancient scholar and lawgiver, said that it is proper for the king to impose taxes. His philosophy was inclined towards the determination of taxes by taking into consideration both the expenses and earnings of the subjects of the kingdom. However, he warned the king against collecting excessively in taxes and said that he should stray away from the poles of excessive or utter absence of taxing. It was suggested that the king should set up tax collecting such that the people paying the taxes do not experience financial hardship, where the payments could be flexibly made in the form of grains, raw materials, gold-coins and rendering of services. Moreover, the two-fold distinction between direct and indirect taxes which has continued its existence up to the modern times can also be found in the ramages of this ancient system. 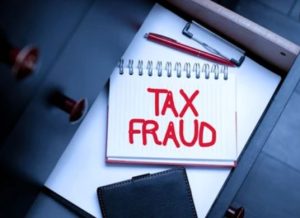 Fast-forwarding to the modern era, the codification of taxation and its subsequent translation into statutory laws contained in the Acts was sprouted during the British regime, owing to the financial difficulties that culminated after the mutiny of 1857. With the first legislation laying its foundation in the year 1860, the tax laws continued to extend their arms into new promulgations in the coming years of 1886, 1918, 1922 and finally, climaxed with the passing of the current governing legislation – the Income Tax Act, 1961. Owing to the recurring changes in and complexity of the financial system, this Act has undergone several amendments over the years and is supported by the Income Tax Rules of 1962 for its implementation. The rapid changes in the execution and administration of taxes is reflective of the saga of socio-economic thinking in India. However, through the series of changes, the objective of the taxation system has nevertheless remained the same and is essentially subsumed under two very broad categories of economic development and welfare functions that the government is charged with performing. Elaboratively, the government’s imposition of tax is crucial for meeting the following functions :

Hence, at the crux of tax collection rests the discharge of essential functions by the government for the maintenance of the society and its economic stability. While the government can also rely on other channels of financial funding such as sale of public assets, these are not recurring activities and hence a dynamic and an everlasting system such as taxation is necessary for the very operation of the government itself as even administrators are also paid through the revenue that the State collects from its subjects.

The core principles of taxation as envisaged by Adam Smith have remained largely unchanged even after two centuries. These principles advocate that a good system of taxation rests on certain fundamental canons that promote equity, certainty and convenience, where the administration cost of tax collection is considerably lowered for the public. This leads us to the question that if the principles and functions of taxes are considerably aimed at public benefit, why is it that the general public mentality is more inclined towards escaping this responsibility that is for their own good? This can be answered by glancing at the following definitions of taxation :

Thus, from the above-mentioned definitions what can be inferred is that – Firstly,  payment of taxes is independent of the will of the party as it is compulsory in nature. Secondly, tax is levied by the government to enable itself to provide necessary services to its citizens. Finally and most importantly, that there is no quid-pro-quo between the taxpayers and the public authority levying the tax, which implies that paying taxes does not entitle taxpayers to any services distinguishable from those who do not pay taxes. Since, the human mind works on an undeniable correlation between effort and rewards, a lack of any special advantages for the taxpayers and the utilisation of their hard earned tax money for the welfare of the public in general, regardless of whether and how much tax one pays, can be rightly deduced to be a significant demotivator that pushes the taxpayers away from their duty towards the nation and towards commission of tax fraud.

It is with relation to the term “tax fraud” that it becomes important to distinguish tax evasion from its look-alike tax avoidance. While both tax evasion and tax avoidance cause hefty losses in tax revenue, shifting the burden to handful abiding citizens, there is a markedly significant difference between the two, that is, their legality. Tax avoidance, while being immoral, is not an illegality in the eyes of law, but rather a smart curation of loopholes that exist in the system for one’s benefit. Therefore, it plays on the technicalities of tax laws to avoid responsibility of its payments. However, tax evasion is both immoral and illegal, and constitutes a prima facie infringement of taxation laws utilising techniques such as inflating one’s expenses by charging personal expenses as costs incurred while transacting business, manipulation of accounts to show reduced income, unrecorded sales, presenting bogus receipts of charitable donations to avoid liability under Section 8G of the Act and non-disclosure of income from benami transactions.

In addition to a lack of distinction between the taxpayers and non-taxpayers by the government, a significant motivation behind tax evasion is shadowed behind the “canon of equity” which provides that the amount of tax one has to pay is directly proportional to their income. Therefore, significant proportions of salaries have to be paid as taxes, ranging to lacs and crores in some cases, a number so huge that people consciously refrain from this duty. Further, a lack of transparency in the government’s spending of tax money does not help the cause and pushes its citizens to consider whether paying their taxes is actually a duty or a compulsory “theft” by the authorities.

The intricacies with which the law of taxation has been developed can be evidenced by how only a few professionals fully understand its working and are nevertheless prone to committing errors. Therefore, the pressing priority when it comes to promoting the citizens to rightfully pay the taxes due is to be focused towards simplification of tax laws and a concurrent reduction in tax rate by the government. Further, the ambiguity behind the government spendings of the tax money needs to be removed so that every citizen has a drone-like view of a system that is equitable, righteous and corruption free.

Author: Tushti Ratnapriya Thakur, Amity Law School, Noida, in case of any queries please contact/write back to us via email to chhavi@khuranaandkhurana.com or at  Khurana & Khurana, Advocates and IP Attorney.