Government’s Move to Make Internet More Safe: The New Amendments to the IT Rules

The easy access to internet has been a boon to mankind and has become a pivotal part of our lives. The internet has closely knitted the entire world and has given several platforms for people to connect with each other and raise their opinions on several issues of public interest. However, despite all this good, there is evil accompanying it. Over the period of time, there have been several instances whereby internet has been a social evil as it has enticed violence, fake news, etc. To counter these social evils the government has brought the Information Technology Act, 2000, relevant rules and policies and also has been amending them from time to time to meet the new technological advancements and to increase its jurisdiction. One such amendment is the new amendment to the IT Rules the Government of India announced on 25 February, 2021 . These amendments are intended to make the internet accessible, dependable, safe, and accountable for the nation’s digital citizens. The Ministry acknowledged the need to alter the Rules to address the issues and gaps that are emerging in an advancing digital ecosystem. 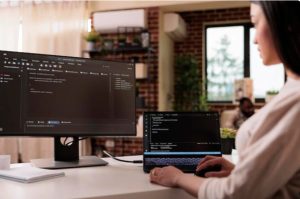 THE NEED FOR THE AMENDMENT

If intermediaries comply with specific due diligence standards, they are free from liability under the IT Act for user-generated content on their platform. Online marketplaces, search engines, social media platforms, telecom and internet service providers are examples of intermediaries. Platforms or organisations which stores or transports data at the behest of other people are known as intermediaries. The intermediaries’ due diligence requirements are outlined in IT Rules. These include I providing users with information about rules and regulations, privacy policies, and terms and conditions for using its services, as well as types of content that are prohibited, (ii) promptly removing content after receiving a court order or government order, (iii) offering a grievance resolution process to address complaints from users about Rule violations, and (iv) allowing, under some circumstances, the first author of the information to be identified on its platform. Few regulations other than the above mentioned like online news, current affairs and assisted audio-visual multimedia producers’ material, are also outlined.

KEY AMENDMENTS TO THE RULES

1. INTERMEDIARIES’ ACCOUNTABILITY:
According to the 2021 Rules, the intermediary must “publish” its rules and policies, privacy statement, and user agreement before allowing anybody to access or use its services. The different kind of content that end users are able to produce, post, or distribute are constrained by the Rules. Intermediaries must “inform” users of these limitations as per the Rules. The goal of the amendments is to broaden the responsibilities of intermediaries to incorporate “ensuring compliance” with the user agreement, privacy rules, and guidelines as well as (ii) “causing users to not” produce, post, or share illegal information. The amendments also require that intermediaries take all necessary steps to guarantee that all users can access their services, with a reasonable expectation of due diligence, privacy, and openness. In addition, intermediaries need to respect each user’s constitutional rights. The Ministry noted that this reform was required because numerous intermediaries had violated citizens’ constitutional rights.

2. MECHANISM FOR CONTESTING GRIEVANCE OFFICER RULINGS:
It is necessary to provide for a grievance officer to handle complaints about rule infractions as per the amended rules. The Ministry noted that there have been occasions in which these officers have failed to fairly or satisfactorily address complaints. An individual who feels wronged by the grievance officer’s decision must go to court to seek justice. Therefore, the amendments offer a substitute procedure for such appeals. The central government will establish a Grievance Appellate Committee to hear appeals against grievance officers’ judgments. The Committee will include a chairperson and other members who will be selected by notification from the central government. Such appeals must be resolved by the Committee within 30 days of the date of receipt. The involved intermediary is required to abide with the Committee’s decision. It should be noted that the suggested amendments do not prevent consumers from contacting courts directly.

3. RAPID DELETION OF ILLEGAL CONTENT:
Under the 2021 Rules, intermediaries must recognise complaints about rules violations not beyond 24 hours and resolve them within a span of 15 days. The amendments include a requirement that complaints about the removal of illegal content be resolved within 72 hours. A tougher deadline will aid in the prompt removal of unlawful content, according to the Ministry, considering the potential for content to go viral online.

4. PROVISON FOR APPEAL:
Centre, as per the notification, after this amendment rules, will set up a Grievance Appellate Committee (GAC). To ensure fair redressal mechanism for users this step has been initiated by the Centre. Under this process, end users can file for appeal against social media platforms opposing the orders of grievance officer for the complaints filed by the individuals. These amendments give consumers a separate forum where they can contest decisions made by intermediaries, such as Facebook or an e-commerce corporation like Amazon, regarding user complaints . The intermediary will be required to abide by the decision made by these grievance appeal committees regarding the grievance.

i. THE COMPOSITION AND ROLE OF THE GRIEVANCE APPELLATE COMMITTIES
A GAC will be composed of a chairperson and two full-time members nominated by the Center, one of whom will be a government official and the other two will be independent members, according to the IT Rules amendment. MeitY has announced that it would soon provide a more detailed regulation on the composition of GACs.
The government-appointed panel will attempt to settle a dispute when a user appeals to a GAC against a decision made by a digital intermediary within 30 days. The GAC may also ask for help in this from anyone who possesses the necessary credentials, experience, and subject-matter knowledge.

However, a significant number of different complaints are anticipated to be made because the IT Rules modification now permits appeals against decisions about a wide variety of content, including inaccurate information about financial services, e-commerce products, and other topics. According to Union electronics and IT Minister Rajeev Chandrasekhar, in that situation, the GAC—which would operate via a digital platform—will convey such grievances to pertinent tribunals or regulatory agencies.

5. OBLIGATION TO PUBLISH POLICIES IN OFFICIAL LANGUAGES:
In an effort to make these important rules understandable to non-English speakers, the proposed amendments also include clauses directing intermediaries to publish their privacy policies and user agreements in all official Indian languages.

6. THE GOVERNMENT OF INDIA AND ITS POWER – TWO SIDES OF THE SAME COIN:
Many activists and scholars did not welcome the amendment because of a provision giving the government vide discretionary powers. Mr. Apar Gupta, a renowned lawyer and online activist said while commenting on the new rules that,
“Consider the possibility that the Indian government may prohibit amendments to social media content based on the objections of other users. This is not regulation; rather, it is direct executive control with censorship risks. How will the cases be chosen, too? Will orders be made public?”

According to the government, it was forced to enact the amendment because online service providers were not doing enough to address user complaints and safeguard their online safety.

THE GREY AREA STILL PREVAILING
The rules state that the digital intermediaries must obey Article 19 of the Constitution, even if they make no particular reference of the power of intermediaries to remove users from a site (right to freedom of expression). While specific content (information and website links) on the platforms will be subject to the GACs’ final approval, the restrictions do not apply to the deletion of user accounts.

REPERCUSSION FOR NON-COMPLIANCE OF GAC DECISION
The “safe harbour” protection is one of the most significant legal protections that permits the operation of digital intermediaries like social media platforms and e-commerce aggregators. This indicates that the platforms themselves cannot be held accountable for the acts of its users.

However, an intermediary will lose this protection if they disobey the law’s requirements, according to Rule 7 of the notification from last year’s legislation. The government claims that failing to abide by a GAC judgement would result in an intermediary breaking the law and possibly losing its safe harbour protection. There aren’t currently any sanctions for disobeying GAC rulings.

THE NEW LEGAL COMPLIANCES
Significant social media intermediaries (SSMIs) now have to comply with additional regulations under the Information Technology (Intermediary Guidelines and Digital Media Ethics) Rules, which went into effect in February 2021. These regulations include the appointment of a chief compliance officer, a nodal person for coordination, and a grievance officer. Additionally, it mandated that SSMIs identify the first author of information on their platform. Platforms with more than 5 million subscribers are SSMIs.

WAY FORWARD
In a nation where there is still no data privacy regulation to protect citizens from abuses by any party, encouraging platforms to disclose more information may backfire. In light of this, the 2019 personal data protection bill needs to be passed as soon as possible.
If regulation is still deemed essential after that, it must be carried out through legislation that is discussed in Parliament rather than using the executive’s rule-making authority granted under Section 69A of the IT Act.