The Double Taxation Avoidance Agreement facilitates elimination of double taxation. This agreement clearly caters the need of the NRI taxpayer communities who have grown exponentially in number in the last few years. With growth of the community the need of interpretation of DTAA along with Income Tax Act or 1961 grew immensely. With Introduction in the year 1939, DTAA is placed under Chapter IX of the Income Tax Act, 1961. Based on the Organization for Economic Cooperation and Development (OECD) model, this agreement ensures that incomes are not subjected to double taxation through the means of exemptions and reliefs. Moreover, in the case of Laxmipat Singhania v. CIT , the hon’ble supreme court states that principle governing the law of taxation dictates that the one income can’t be taxed twice, establishing the DTAA as a statute under the Income Tax Act of 1961. 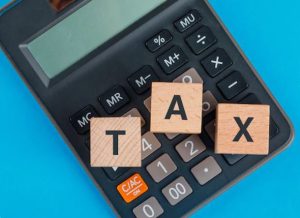 Thus, Under the Double Tax Avoidance Agreement, NRIs don’t have to pay tax twice on the following income earned from:
1) the services they provided in India.
2) the Salary they received in India.
3) any residential property located in India.
4) Any Capital gained by the means of transfer of assets in India.
5) through Fixed deposits established in India.
6) from the Savings account in the Indian banks.

If income from these sources is taxable in the NRI’s country of residence, they can avoid paying taxes on it in India by availing the benefits of DTAA.

However, in the case of the Indian taxation regime where the commentaries of OECD Convention are being interpreted to integrate the concept of double taxation , the contrasting views in several judgments and loopholes in sections has proved to be a barrier of the concept and its integration. The bilateral agreement has a long way to go to remodel itself so that it could cater to all the challenges occurring in the Indian tax system.

First introduced in India in the year 1939, the DTAA was a brainchild of UN Model Convention. In the adopted treaty it states that, the foreign taxation legislation has to be in assistance with that of the Indian taxation system; in short, the agreement entails permission to Indian authorities to adhere to international tax legislation and reach a fair compromise as an origin or as a source country. However, the theme remains- which country, resident or source, possesses the jurisdiction to tax the entity?

DTAA while determining the jurisdiction for the taxes to be paid by the contracting parties, provides that the right to tax a particular assortment of income depends upon certain conditions. For example, in case of profits made out of business. It is said that the profits made out of business shall be taxed by the resident state, until and unless the business is being conducted in the source country while having a permanent establishment there, then they’ll be taxed by the source country. As implied by the Hon’ble Madras and Karnataka High Court in the case of CIT v. V.R.S.R.M. Firm & Others and CIT v. R. M. Muthaiah, that “the tax may be charged in a particular state in respect of the specified income it is implied that tax will not be charged by the other state”. This was upheld by the Hon’ble Supreme Court in the case of Azadi Bachao Andolan.

Dwelling further into the topic, the Hon’ble Supreme Court in the case of CIT vs. Kulandagan Chettiar and Other Appeals, stated that “if the contracting party is a resident of Malaysia with with no permanent establishment in India and, therefore, not chargeable to Indian tax Act, 1961. Therefore, the source state “may” tax a specific income, without stating that the state of residence may also tax such income, it was the former alone which could tax such income.”

In the Income Tax Act, 1961 section 90 and 91 deals with provisions for DTAA. The section deals with two types of relief: Bilateral and Unilateral relief. Under the former, the central government is vested with the power to enter into agreement with one or more countries to provide relief against double taxation . In the latter, the origin country has the power to grant relief to the taxpayer even if there is no mutual agreement between the countries. Further, the sections also majorly deal with types of agreement, i.e. comprehensive and specific agreements, and concept of residence . Referring to OECD Model in the case of U.O.I v. Azadi Bachao Andolan, the Hon’ble Supreme Court stated that with an area such as international law which is drastically developing, interpreting its expression becomes the job of the parties to interpret. The commentaries of the model might be useful in the Indian scenario, however, in certain cases they could be considered as inappropriate and unjustified.

We know for the fact that, under DTAA, the Indian government has the power to enter into agreement with a foreign nation state to avoid double taxation. However, the debate arises that the interpretation of the concept in the Indian scenario creates a conflict with the provisions of the Income tax Act, 1961. Drafted on the resolutions of OECD & UN Model Conventions, it has been made certain that income by way of interest might be levied by the states, but with establishment of DTAA effective relief should be granted to the taxpayer against double taxation and in a country like India, which has a comprehensive agreement with 79 other countries, thus, making it important for the country to ensure that these agreements provide relief to every person irrespective of their income bracket.

Further, the reliefs granted in the two sections of the Income Tax Act, doesn’t eradicate the loopholes such as treaty shopping. According to the interpretation of one of the essential ingredients i.e. Limitation of Benefit, which determines only certain investments made in India will have certain limitations, however, due to treaty shopping and other alternatives of legislation due to the comprehensive nature of agreement, the provision of the clause is being misused . Moreover, the interpretation of certain terms such as “double taxed income” varies from country to country , in India only a part of income is included in assessor’s taxable income , the amount falling under Chapter VI- A of the 1961 Act is not accounted for .

A review of the principles established by various decisions in interpreting or giving effect to the various clauses of the DTAA, as well as the scheme for conferring unilateral relief from these principles, would be applicable even to cases involving similar clauses of DTAAs between India and other countries. For that purpose, the applicability of right to tax is subjected to particular condition it is being invoked into. In essence, under the DTAA regime the right to tax a particular assortment of income “may” vary from one contesting state to other, and is conditional in execution.

Author: Vaishali Prasad, Symbiosis Law School, Pune, in case of any queries please contact/write back to us via email to chhavi@khuranaandkhurana.com or at  Khurana & Khurana, Advocates and IP Attorney.