With the exponential growth of trade and commerce in the globalised era, the spectrum of taxes associated with it has also expanded with it. However, the question remains, which country will be the recipient of taxes paid by the corporation- the origin country or the source country? As a solution to this, the treaty of Double Tax Avoidance Agreement or DTAA came into being. DTAA entailed a treaty or an agreement between two sovereign states ensuring that a corporation has to pay all the associated taxes to the trade and commercial practice only once and to the one country as per the agreement. In essence and as noted in the case of Laxmipat Singhania v. CIT[1], the principle governing the law of taxation dictates that the one income can’t be taxed twice, establishing the DTAA as a statute under the Income Tax Act. 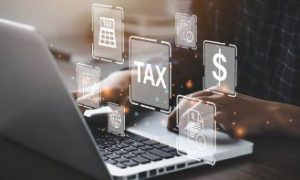 A company XYZ originating from country A has invested in trade in the source country B. The debate arises which country is liable for collecting the tax, or are both the countries which are liable?

So according to the DTAA, to ensure there is no tax evasion or the company is paying double tax for single operation, the company will only pay tax to one country as per the agreement formed between them.

Thus in essence we can say that, in order to prevent the hassle occurred due to improper taxation methods across the globe, DTAA ensured that the agreement covered all the bullet points related to the operation and tax regime[2]. In this blog, I will be focusing on the impact of DTAA in the taxation regime from the perspective of International laws. I will be talking about and analysing the need and interpretation of DTAA.

The goals of OECD were to “clarify, standardize and confirm the fiscal situation of taxpayers who are engaged in commercial, industrial, financial, or any other activities in other countries through the application by all countries of common solutions to identical cases of double taxation[5].” Moreover, the OECD Model seek to implement a uniform form to support economic development and collaboration, as well as combating poverty via the promotion of economic stability.

If we put it simply, the Double Taxation Avoidance Agreement is a bilateral treaty between two sovereign states[6] whose aim is to promote and foster trade and commerce while preventing double taxation on the same. However, it is relevant to note that, there are no specified uniform provisions regulating double taxation, making it a burden upon the players in the international arena to regulate and implement the concept for the sake of global trade and commerce[7]. Thus, integrating certain provisions produced by the League of Nations in their first Model Bilateral Convention[8] and domestic laws, the current form of DTAA is being implemented in the country.

It could be argued that the genesis of the concept of double taxation is an outcome of the basic international agreements which used to be formulated between the friendly states containing provisions for non-aggression, trade, and exchange of information. Evolving on the same principle, the agreement of double taxation tried to regulate international trade and economics in the globalized era and amongst friendly or unfriendly states[9].

However, the theme remains that the need for the double taxation avoidance system is because:

The advantages of DTAA go beyond the main reasoning of prevention of double taxation[10], under this agreement the following benefits also could be reaped:

Whereas in the case of a corporation, the test is to determine the place of incorporation or effective management.

The Double Taxation Avoidance Agreement was basically brought upon to answer the age-old dilemma: which country will be the recipient of taxes paid by the corporation- the origin country or the source country? With NRI Tax payers comprising as prominent feature of globalisation, the DTAA indeed helped in eradicating ambiguity of the tax payers. The Agreement ensured that the exchange of mutual information is protected from getting misused as treaty shopping by the tax payers.

Author: Vaishali Prasad, Symbiosis Law School, Pune, in case of any queries please contact/write back to us via email to chhavi@khuranaandkhurana.com or at  Khurana & Khurana, Advocates and IP Attorney.

[3] Michael Kobetsky, The role of the OECD Model Tax Treaty and Commentary, in International Taxation of Permanent Establishments: Principles and Policy 152–178 (2011).

[8] The OECD Model Convention is often taken into consideration for interpreting the Agreements between the countries who are not the members of OECD though it is primarily meant for OECD member countries.