The recent remake of Maine Payal Hai Chhankai, titled O Sajna by Neha Kakkar resulted in mixed criticism. Falguni Pathak, the original singer, herself resorted to making tendentious comments regarding her song cover. However, the original singer disliking a cover version of their song is not unfamiliar. A similar instance has occurred in context of AR Rahman previously as well. But while some original singers have made disparaging remarks relating to their song’s covers, there is not much most artists can do besides expressing their opinion. Presently, section 31C deals with the provisions of covering pre-existing sound recordings for a literary, theatrical, or musical work. Under this section, the statutory license to cover versions of sound recordings has been furnished. 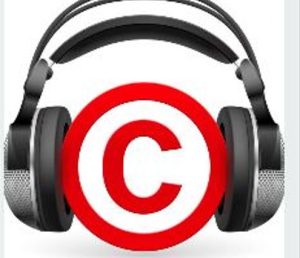 Covers of Musical Work under the Copyright Act

Over the last few years, the remixes and covers of songs have become quite popular. New versions of songs like Bachna Ae Haseeno, Laila Main Laila, Disco Deewane, etc., have been remade with modifications in the arrangement, making them “catchier”. Undeniably, these remixes and covers expand the scope of music by ensuring novel styles, creativity and imagination; fulfilling one of the primary purposes of copyright itself.

The 2012 Amendment of the Copyright Act of 1957 provided for Section 31C, which deals with the issue of legality of cover versions of sound recordings. Prior to this section, a portion of this clause was covered under Section 52 of the Act.

While the Act has succeeded in making cover versions of songs legal, a more clear understanding of what entails as version recordings has been dealt in the case of Star India Pvt. Ltd. v. Piyush Agrawal & Ors.[1], where it was observed,

Section 31C is not void of prerequisites, this section makes it necessary for version recordings to be made in the same medium the original song was produced in, unless the particular version is no longer in use. It is also significant that the version recording does not contain any cover, label or packaging which might be misleading or may confuse the public. Moreover, the cover version can only be made five (5) years after the end of the year the original song was recorded in. According to the provision, as the original owner has exclusive right, a notice of intent to cover a song must be given to the owner and appropriate royalties must be paid for the same. The Copyright Rules of 2013, specifically Rule 24, also provides for certain conditions that are to be met while creating a cover recording. The Act and the Rules combined allows both the original owner and the recreator to further reproduce the work. However, the Act fails to maintain a balance of interest as assent to the notice has not been specified under the statute. The avoidance of assent can be interpreted as immaterial based on expressio unius est exclusion alterius, although it cannot be confined within the same at this juncture. The lack of explicit elucidation has created a grey area.

Since a song is not treated as a single piece of artistic work under the Act, the singer is not the definite owner and the ownership of the song can be divided depending on the lyrics, composition and production, obtaining an assent from the singer is not essential in instances where the production house itself is the original owner of sound recording.

Sampling is a process via which an existing sound recording can be placed in a new recording by digitally copying parts of the original recording. Sampling existing recordings provides a plethora of benefits while encouraging creativity. The Copyright Act of 1957 does not contain any provision for sampling of music, Section 14 (a) of the Act only furnishes for modifications made by the owners themselves.[2] Hence, any sort of re-arrangement through sampling of an existing recording will amount to infringement of copyright unless the same can be brought under the scope of Section 31C.

Section 52 of the Copyright Act deals with the doctrine of fair dealing, under which, certain adaptive works are deemed to not be copyright infringement. This is based on de minimis non curatlex, which means that the law does not care about trifles. The courts while discussing purview of fair dealing, takes into account various factors as it may differ from case to case. The fundamental concept of this principle is to promote creativity while protecting the exclusive rights of the copyright holder.

Nevertheless, cover recordings, remixes and sampling cannot be placed under the ambit of the fair dealing doctrine as procuring a statutory license from the original owner is required for the payment of royalties; even if securing the assent is not.

Author: Saiesha Dhawan, in case of any queries please contact/write back to us via email to chhavi@khuranaandkhurana.com or at  Khurana & Khurana, Advocates and IP Attorney.

[2]Anuja Saraswat, Music Sampling And The Defence Of Doctrine Of Fair Use,