“The Companies Act 2013 regulates the formation and functioning of corporations or companies in India. The 1956 Act was based on the recommendations of the Bhabha Committee. This Act was amended multiple times, and in 2013, major changes were introduced. The new law is aimed at easing the process of doing business in India and improving corporate governance by making companies more accountable. The 2013 Act also introduces new concepts such as one – Person Company, small company, dormant company and corporate social responsibility (CSR) etc. The Act introduces significant changes in the provisions related to governance, e-management, compliance and enforcement, disclosure norms, auditors, mergers and acquisitions, class action suits and registered valuers. The act is now in force w.e.f. 1st April 2014.” In this project we will further analyse the reforms brought in by the act of 2013. 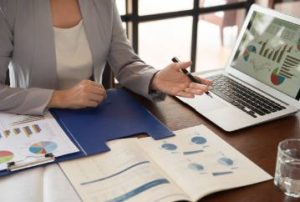 Changes in basic ideas of acquisitions and mergers, auditors, e-management, disclosure norms, governance, compliance and enforcement have also been introduced by this the 2013 Act. This act also intends to encourage the social, ethical and environmental responsibilities of the companies.

The reforms brought in via the Act of 2013 are:

• Cross Border Merger
The Companies Act, 2013 under Section 234 allows the merger/ demerger of Indian company with a foreign company, but the same was prohibited by The 1956 Act. It is to be noted that the 2013 Act allows merger/demerger with only those foreign companies which have been notified by the Government of India. An approval is also to be sought from RBI for finalizing these deals.

Since this merger takes place either between two or more small companies or between a parent and a wholly owned subsidiary company, therefore, there is no need of acquiring prior approvals from NCLT and not even any approval form any other regulatory body is required in this kind of merger, but the Central Government, Registrars of Companies (ROC), Registrars of Companies (OL) are those approvals which have been mandated by this act even in cases of short form or fast track mergers. This act also mandates getting the approval of the shareholders which have 9/10th portion of the total amount shares and also have a majority of creditors which represent 9/10th of total value.

• Reverse Merger
That kind of merger where a well to do company merges with a financially weak company so as to avail certain exemptions is known as reverse merger.

Therefore, CA 2013 seeks to indirectly prohibit RTOs by placing restrictions on listing by specifically disallowing backdoor IPOs (which is the main driver behind RTOs). In essence, CA 2013 aims to stop private unlisted companies from reaping the benefits of a public listed company by going public through the backdoor.

These are some relevant and significant changes in merger and acquisition brought in via the new Act of 2013. In the next and final chapter, some other eminent reforms will be discussed.

Slew of More Eminent Reforms in a Nutshell
There are several other key concepts and reforms that have been introduced by the 2013 Act in the corporate field for the first time. Following are the key reforms and the respective provisions:

• Decision Making Power Of The Board
Where in the Companies Act of 1956, only an ordinary resolution which required a simple majority of shareholders was mandated, on the other hand, the Companies Act, 2013 mandates that certain powers inherited in the board can only be exercised by them after certain criteria is met.

The said powers can be executed only after a favorable special resolution which needs to be passed by a three fourth majority of shareholders. Some of the powers requiring a special resolution are the power to borrow money more than a specified limit or to sell a considerable portion of the undertaking. These special resolutions may also be accompanied by certain condition and they are also made applicable to private companies by virtue of this Act.

• Conversion Of Public Company Into Private Company
Previously, under the Act of 1956, for the alteration of converting of a company from public to private to take effect, such conversion must be approved by the central government. Now, under 2013 Act, it is mandatory to acquire Tribunal’s approval before such alteration.

• One Person Company
One of the freshest and important introductions brought by the Companies Act, 2013 is the concept of ‘One Person Company’ (OPC). From this new concept of OPC the legislators thought of providing the young and budding businessman with all the benefits which a private limited company enjoys.

OPC is defined in Section 2 (62) of The Companies Act, 2013, which reads as follows:
“One Person Company means a company which has only one member”
It is also necessary to observe that as per Section 3 of the Act the one-person company will be treated as a private company for all the purposes of legal nature.

• Dormant Company
The idea of a dormant company is a newly introduced concept in the Companies Act 2013, previously absent in the 1956 Act. This idea is borrowed from UK’s company law. Section 455 defines dormant company. Therefore, a dormant company may be a company which has been formed for a future project or for the purpose of holding any property either physical or intellectual without there being a need of existence of any active company.

The Companies Act, 2013 has introduced certain change and new ideas which will have to be adopted by companies as well the society governed by this act. Though, there are no two opinions regarding the boldness and appropriateness of the new step taken by the Government of India to overhaul the outdated companies act of 1956, but the effectiveness of this step is debatable as not all the aims and goals set forward by the legislature. This was so because on paper, the provisions seemed very effective but various difficulties were faced while implementing these provisions.

Author: Simran Dhaner, in case of any queries please contact/write back to us via email chhavi@khuranaandkhurana.com or at Khurana & Khurana, Advocates and IP Attorney.