Crypto-Assets And The Protective Regime Associated With It In Insolvency.

By the start of the year 2022, India invested nearly 638 Million USD in crypto-currencies. However, there is no concrete legislation that is currently equipped to deal with these crypto-assets. Due to this, the questions related to the nature of cryptocurrencies and their relevancy in insolvency proceedings persist. This article, therefore, tries to explore the nature of cryptocurrencies and sought to apply the relevant provisions and legislations in insolvency proceedings along with the IBC regulations. The article will also be dealt with the complications that IP might face dealing with assets and what are the rights that could be availed by the corporate creditors in the restructuring of the assets. 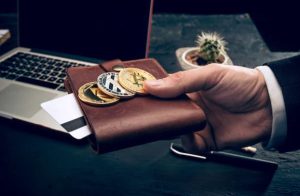 THE INTERPLAY BETWEEN SOGA AND IBC

To trace the rights attached to the crypto-currencies, one has to analyse the nature and features of these assets. These crypto assets at the fundamental level are governed through computer-based codes and languages. As bitcoin can be delivered by sending bitcoins from wallet to wallet through a private key,[1] it can appropriately be regarded as Movable property. The same has been held by the courts of Amsterdam and the UK.[2] The apt definition of Movable property in the Indian context has been defined under section 2(7) of the Sales of Goods act which stipulates that Movable property are goods other than actionable claims.[3] To this end, it can be stated that the rights and liabilities illustrated under the sales of Goods (herein will be referred as SOGA) act shall be applied to the crypto assets in Insolvency proceedings. Similarly, if the ownership of these assets has to be passed from the corporate debtor to the creditor, then the Insolvency professional (Herein will be referred as IP) shall ensure compliance with the act. As per section 5(2) of SOGA, the contract can partly be made in written or in oral.[4] Though, in the case of blockchain transfer, the legal certainty shall be achieved through the written contract. To ensure the synchronization between the ownership and blockchain, the contract shall impose a condition which necessitates the transfer of title of crypto precedent to any other condition. The transfer can be carried out by the transfer of a private key or by any other symbolic transaction. This sign or symbolic transaction could also include a password or certain encryption of a private key that would be necessary to acquire the possession of these digital assets. Even in a case, the Dutch Banking Association once argued that access to private keys shall amount to the possession of these digital goods.[5]

However, certain complications are associated with the application of SOGA in insolvency proceedings. The foremost constraint is that most of the rights illustrated under SOGA are applicable when the possession is with the Corporate creditor itself. But in most insolvency proceedings, the possession of goods mainly rests with the debtor itself. To solve this constraint, one could rely upon the retention of clauses in the contract. These clauses are generally part of the commercial contract that could be used to guard the creditor’s interest by mandating the title with the creditor until the occurrence of a future event which has been recognised under section 19 of SOGA. Even there are certain cases involving crypto assets where SOGA can be applied. For Instance, in the case of HashFast Technologies LLP, the company seeks the help of Dr Marc Lowe to assist the company in mining bitcoins. In exchange, the hashfast had to pay him the 10% of the profits. As per the deal, they paid him the amount through 3000 Bitcoins.[6] However, when the company goes bankrupt, they sought to declare the transfer as fraudulent as the value of those bitcoins tripled to more than 1 Million USD.[7] The case was later settled by the parties outside the court. These categories of cases where the possession rests with the corporate creditors are best suited to solve through the application of SOGA. The prime reason rests with sections 47, 50 and 54 which deal with the right to lien, right to stoppage in transit and right to re-sale respectively.[8] The following rights illustrate the right of the unpaid seller to retain the possession of goods until the payment shall be made by the buyer.[9] Though, the right can only be exercised till the seller/creditor has possession and ownership of goods. Similarly, the right to stoppage in transit refers to the right of the seller to stop the transportation of goods even if the goods maybe with a carrier before they could reach the buyer or his/her agents. These rights will cease to exist once the ownership or the possession will be transferred to the buyer/ corporate debtor.[10] Hence, the best alternative to ensure the applicability of SOGA in the insolvency of crypto-assets is to count on the retention of clauses in future contracts. However, there is no need for additional safeguards in cases where the possession rests with the seller/creditor as was the case in Hashfast.

In accumulation to these aforementioned provisions, certain additional safeguards can be found in sections 55 and 56 of SOGA. It stipulates the remedies in two conditions. The first situation arises when the good has already been delivered under the possession of the buyer and he/she refused to pay whereas the second arises when the payment has been agreed on a certain date and the buyer refused to pay. In both circumstances, the seller can sue the buyer for the price of the goods.[11] This section if applied in the insolvency proceedings concerning crypto-assets, can work as an additional remedy for the operational or financial creditor. Furthermore, section 56 asserts that the seller can sue the buyer for non-payment wherein the damages have to be determined by sections 73 and 74 of the Indian Contract Act.[12] Therefore, it can be concluded that the liquidation of assets by IP shall be confirmed to the principle for assessment of damages under the aforesaid sections of Indian contract act.

The implication of crypto assets as property has attracted significant studies and claims internationally. However, no adequate efforts have been made in India to illustrate the nature of crypto. This eventually left the corporate creditors with minimal or no protection in future insolvency proceedings. Hence, the nature of these assets shall be determined to confer an adequate protective regime for both parties. Moreover, the statutory remedies shall be enhanced to an extent to make them more adaptive to the insolvency regime. Further, it is not new that the legislations such as SEBI Act and SARFESI Act often came in conflict with IBC laws.  Similarly, the statutes like SOGA too contains provisions that demand harmony and conformity with IBC Code. The absence of certainty on the nature of virtual currencies and the inharmonious construction of Indian legislations would certainly pose the delinquency in future.

Author: Shivesh Saini,  in case of any queries please contact/write back to us via email chhavi@khuranaandkhurana.com or at Khurana & Khurana, Advocates and IP Attorney.