Section 25 of the Patent Act, 1970 deals with objections raised against a patent. In two ways an objection can be raised, firstly, when the registration has not been granted to the patent termed as ‘pre-grant opposition’ and secondly after the registration has been granted, termed as ‘post granted opposition’. Clause 1 of section 25 deals with pre-grant opposition while clause 2 of section 25 deals with post-granted registration. In this article, the author discusses the problems that persist in post-grant opposition in practice in the light of the recent Judgement of the Delhi High Court in the case of Novo Nordisk AS vs Union of India (2022). This article further highlights the opposition board’s purpose, constitution and role. Furthermore, the whole essence of discussing the case mentioned above is in signifying the questionable practice of the Patent Office and the misuse of rules framed under the Patent Rules, 2003 which eventually leads to delay in post-grant oppositions. 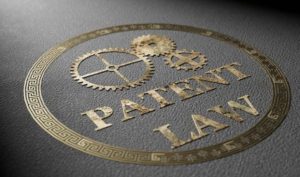 Facts of the case

A patent was granted on 4th October 2013 titled “PROPYLENE GLYCOL-CONTAINING PEPTIDE FORMULATIONS”. Afterwards, two companies named M/s Sun Pharmaceuticals Industries Ltd. and USV Private Ltd. filed a post-grant application under section 25, Clause 2 of the Patent Act, 1970 five days before the expiration of the limitation period i.e. on 29th September 2014. Records reveal that it has been eight years since the application for the opposition was filed and very minimal progress has been made as far as delay is concerned. Several documents in the form of cross replies, a notice of opposition and others were filed by both parties in the meantime.

The Decision of the Court on Issue 1: Analysis

It is prudent to consider the Rules from 55A TO 63 of the Patent Rules, 2003 to establish a particular legal position. These rules mention detailed procedures to be followed in case of post-grant opposition. The first step is the filing of a written statement of opposition. The Patentee has to file the reply containing evidence within two months afterwards, if he fails to do so, the registration will be revoked with immediate effect Once the patentee has filed the reply then the Opponent has to file a rejoinder on the subject matter of the reply within one month of receiving it. The opponent cannot increase the scope of rejoinder beyond the scope of the subject matter of the reply filed by the Patentee. Afterwards, under Rule 56, the Opposition Board has to consider the documents submitted by the parties and sent a report to the Controller along with its joint recommendations. A close analysis of the rules will take us through two stages of decision-making. The first stage is the submission of all pleadings and evidence by the parties to the Opposition Board and the second stage is the decision taken by the Controller after considering all the pleadings and joint recommendations by the Opposition Board and the subsequent hearing, if sought.  The Court further contended that it is expected that the Controller shall have access to all the pleading material of both parties along with the recommendation report made by the board & ora submission made by the parties while taking a decision.

From the above analogy, it is evident that there can not be any variation of material during the two stages of decision-making. It is the same material which is to be considered by the Opposition Board and in the next stage by the Controller under usual circumstances. Furthermore, The Court after heavily relying on the rules and provisions of the Act laid down some important principles to be followed while considering post-grant applications as follows-

The decision of the Court on Issue 2: Analysis

The Court held that as per the scheme of the Act and the Rules, it is clear that after serving the first notice of hearing, further evidence will not be considered except under the above guidelines issued by the Court itself. The Court further puzzled over the term ‘hearing’ mentioned under Rule 60 as the first notice of hearing. Furthermore, the court gave reasoning to such interpretation that it will ensure the parties will not seek for adjournment of the hearing to further dig deeper into evidence which can cause undue delay to the proceedings will defeat the purpose of granting the patent for a particular period.

Under Rule 62(4), it is permitted to file evidence before five days of the scheduled hearing but it does not mean that adjournment of the hearing can be sought for this purpose. It is the discretion of the Controller to allow documents, reports and publications to support the oral arguments within a reasonable time but again no responses can be filed on such documents.

The decision of the court on Issue 3: Analysis

Rule 60 and Rule 62(4) have led to certain ambiguities as far as additional evidence is concerned. Proviso under Rule 60 clears this position which says that permission can be sought only before the date of hearing has been fixed under Section 62.

No Rule deals with the timeline to decide for hearing. However, considering the patent is granted for a fixed term it is understood that the hearing cannot be halted for an insignificant amount of time. The Court held that Opposition Board is duty bound to give its recommendations within three months once the final rejoinder from the opponent has been received under Rule 59. Subsequently, within the next three months, the hearing needs to be fixed.

It is against the principle of Natural justice to exaggerate the date of hearing and seek adjournment after adjournment for unreasonable time considering the tenure of a registered patentee is fixed. In this case, the Court finally disposed of all pending applications and ordered the Deputy Controller to decide the case on or before 30th September 2022.

Author: Harsh Gupta, 4th Year,  A Student of Jamia Hamdard, New Delhi,  in case of any queries please contact/write back to us via email to chhavi@khuranaandkhurana.com or at  Khurana & Khurana, Advocates and IP Attorney.