Taxing of Digital Assets As Per Budget 2022

The creator of Bitcoin, the first cryptocurrency to enter the market in 2009, went under the nickname Satoshi Nakamoto. Following that, a number of cryptocurrencies were introduced, with Bitcoin Cash, Ripple (XRP), Litecoin, and other well-known coins among the most widely used ones. As of January 2022, there are reportedly more than 8,000 cryptocurrencies. 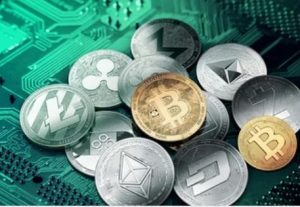 According to a recent report by Nasscom and WazirX, the Indian cryptocurrency sector has grown rapidly in recent years. By 2030, it’s anticipated that Indians would have invested over $241 million in cryptocurrencies. India now has the most cryptocurrency owners worldwide.
Taxing digital assets is difficult for all governments but is especially difficult for underdeveloped nations (Pathways for Prosperity Commission, 2019). The least developed countries’ current tax systems fall short of meeting the urgent demand to tax digital platforms. The majority of businesses that provide digital platforms are often headquartered and registered in developed nations despite offering goods and services all over the world.
Due to their total absence of a physical presence and the fact that there are already tax treaties in place, there is continuous debate over how to tax solely digital businesses. Despite the fact that many traditional business models had been unable to endure the effects of the COVID-19 pandemic, digital platforms were able to flourish. This led to fresh discussions regarding the need to tax the digital economy.

The government has now made it plain in the Union Budget 2022 that it would regulate cryptocurrency trading rather than prohibit it in India. The Income-tax Act has been suggested with a number of rules to control investments in cryptocurrencies, NFTs, and other virtual digital assets.1 These rules take effect in the assessment year of 2023–2024. As a result, beginning on or after January 4, 2022, any transfer of a virtual digital asset would be subject to taxation under the new rules suggested by the Finance Bill, 2022

Section 2 contains a new clause (47A) that adds an exclusive definition of “Virtual Digital Asset.” It means:

(a) “Any information or code or number or token (not being Indian currency or foreign currency), generated through cryptographic means or otherwise, by whatever name called, providing a digital representation of value exchanged with or without consideration, with the promise or representation of having inherent value, or functions as a store of value or a unit of account including its use in any financial transaction or investment, but not limited to investment scheme; and can be transferred, stored or traded electronically;

(b) Non-fungible Token (NFT) or any other token of similar nature, by whatever name called;

(c) Any other digital asset, as the Central Government may, by notification in the Official

Partner at Deloitte India, Saraswathi Kasturirangan remarked, ‘Virtual digital assets are subject to a 30% tax. There is just the acquisition cost deduction. No setoffs are allowed in favour of other revenue. A 1% increase in the sale’s price will result in tax withholding. For state government employees, the deduction for employer contributions to NPS rose from 10% to 14% in order to be on pace with central government employees. Not available to non-government personnel’.

One of the unique features of the budget is the introduction of rules for tracking and taxing so-called “Virtual Digital Assets” for the first time (VDA). A VDA is described as “any information, code, number, or token created using cryptographic techniques” in the Finance Bill. something that may be electronically sold, saved, or transferred. Cryptocurrencies like bitcoin and Non Fungible Tokens are examples of VDA (NFT). However, observers have noted that the particular phrase (specifically, clause (47A) under Section 2 of the Income Tax Act, 1961) leaves the concept of a VDA open to interpretation.

The budget stipulates that any revenue derived from the transfer of any virtual digital asset should be subject to a 30% tax. It is also suggested to include TDS on payments made for the transfer of virtual digital assets at the rate of 1% of such consideration beyond a certain threshold in order to trace such transactions. To put that in perspective, a commission created by the Indian government in the middle of 2019 suggested outlawing all private cryptocurrencies, punishing anybody involved in their sale with up to 10 years in prison and heavy penalties.

The income that is proposed to be taxed under this regime must be calculated without taking into account any deductions (other than cost of acquisition) for any costs associated with the transfer or any allowances or set-offs for losses. Additionally, any loss associated with the transfer of such virtual digital assets would not be permitted to be offset against any other types of revenue. The Budget also aims to close every potential gap to stop such digital transactions from evading taxes.

However, the panel recommended that the government take into account introducing an official, RBI-backed digital money in India that would work similarly to banknotes. The government chose to legalise VDA transactions in contrast to the panel’s advice, but it also decided to issue a CBDC via the RBI. This government policy may be understood given that India is a major player in the cryptocurrency business. For instance, India is placed second in the global cryptocurrency adoption index for 2021. There are almost 20 million cryptocurrency investors in India, according to unofficial estimates. The budget plan for tracking and taxing cryptocurrency holdings makes perfect sense given the widespread acceptance of these assets among citizens. The Finance Minister has now made it clear that levying a tax on VDAs does not signify that the government has approved of themiii. Only the gains from it are now taxed.

The Income Tax Act presently has the following clauses that control how digital assets are taxed:

The digital economy is the area of the economy that is driven by the billions of daily connections made online between individuals, businesses, devices, data, and processes. The old ideas about how businesses are organised and how customers buy products and services are challenged by the digital economy.

Cryptocurrency and the other types of Digital Assets have become a massive part of this digital economy over the last few years and this trend will only grow considering majority of the transactions and real world work moving online to make life easier and more accessible for all. India has generally been late to adopt new trends and more so give them an official standing in law. This greatly holds back the immense potential all these new technologies like digital assets have in accentuating the growth of the Indian economy.

Author: Somil Shrivastava, A Student of  NMIMS, Mumbai, in case of any queries please contact/write back to us via email to chhavi@khuranaandkhurana.com or at  Khurana & Khurana, Advocates and IP Attorney.