Pose And Its Ip Laws

Recently Usain Bolt moved to register his signature victory pose under US Trademark Law. Considering the pose to be a mark in today’s world as people get attracted to style when they are entertained and pose is one of its forms where the entertainment and sports industry use the different poses of celebrities for greater publicity and branding their goods or services. So, the concept of ‘pose’ according to the oxford dictionary means

“a particular position in which someone stands, sits, etc., especially in order to be painted, drawn, or photographed He adopted a relaxed pose for the camera”. 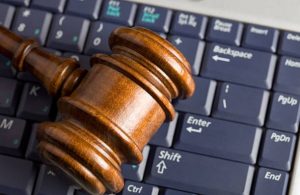 Usually, a particular pose is either created or captured by an artist or a photographer. If the pose has peculiar nature in terms of its painting or photograph then they both are protected under Intellectual property right within the ambit of copyright law. Those peculiar natures can be an economical value or moral right over the created or captured original work by an artist or a photographer.

From the interpretation of the above sections, the act clearly states that the work of art and photography is the same but the name of the owner differs from an artist for artistic work and photographer for the person taking the picture. But the copyright protection for both works is the same, considering both works are related to artistic work and the owner with two different names has the same rights to reproduce, communicate, issue copies, include it in film or allow to adapt under section 14 (c) of the Act.

In Associated Publishers v. Bashyam, where a portrait of Mahatma Gandhi was made based on two photographs, it was held that a portrait based on photographs will be entitled to a copyright if it produced a result different from the photograph and the portrait itself is original.

Copyright protects the original skill and labour involved in taking a photograph, i.e., drawing the objects photographed (e.g. family group photo) or selecting the moment or setting to capture in the camera.

When some particular person or persons are asked to pose for a photograph, the publication of the photograph would be possible only with the prior permission of the posers in question. Taking a photograph of a crowd would not need such prior consent.

“The ownership in photography lies with the photographer till the photographer transfers his right as part of the contract of service just in cases like newspapers or magazines the right over the photo is vested with the newspaper or magazine companies. These companies will recognise him as a photographer, as part of the law’s recognition cannot be waived by any transferee because it is part of moral right and copyright law ensure that author of the work is been recognised by a special right under section 57 of the Act”.

Apart from these the other part of rights that need to be considered for a pose are publicity rights also referred to as celebrity rights.

Similarly, publicity rights are protected under copyright law and trademark law when the name, likeness, photograph or image of a celebrity is used in a copyrighted work or mark under trademark. Under copyright law, the publicity right is considered to be a moral right because in a photograph the permission of that person is required to capture when the person poses or styles in front of the camera and capturing a pose involves his/her privacy concern so, the person is dealt as a performer to protect their privacy and publicity right with the help of moral right in the captured photography under section 57 of the copyright act.

If the publicity of the celebrity has a certain brand value in the business market, then the copyrighted work can be used for branding. It is usually done by the celebrity in the sports industry to endorse a brand or have their brand out of the publicity.

For example, if a photographer clicked M.S. Dhoni’s pose of hitting a boundary for the last ball in the 2011 ICC World Cup and pose it photography got huge publicity and one company wish to use his peculiar pose at the final match as a trademark to sell their bats. Similar to the example there is the case of Jacobus Rentmeester V. Nike Inc, the US court held that there is no copyright infringement in using a Jumpman logo by Nike as the pictures captured by the plaintiff and defendant are dissimilar. The logo resembles the defendant’s picture and poses in the defendant’s picture can be used as a logo. So, a copyrightable work can be broken into elements that aren’t protected by copyright law—books into words, music into notes and sounds, and painting into colours.

“Nike’s selection and the arrangement weren’t substantially similar, it said and the Photographs cannot be dissected into protected and unprotected elements in the same way. To be sure, photos can be broken down into objective elements that reflect the various creative choices the photographer made in composing the image—choices related to the subject matter, pose, lighting, camera angle, depth of field, and the like”

Therefore, the use of Dhoni publicity and a pose of him is protected under trademark law if the ‘pose’ of the celebrity is used as a ‘mark’ for goods or services.

According to trademark law, the publicity right is also an essential part because when a pose of a person is used as a mark then the consent of the person is required under section 14 of the Act during the time of registering a trademark in India. While registering the pose as a trademark the proprietor registering needs a NOC under section 45(1) of the Copyright Act and the same need to be submitted under FORM TM-C of the trademark.

In the case of Usain Bolt’s pose, the mark is also unconventional and those kinds of a mark must satisfy two essential conditions under trademark law;

When Usain Bolt initially filed for protection of pose under trademark law, the court did not accept it as it was not distinct and the pose is not been in use for a long time. After a long, he establishes that the pose is distinct and again filed an application in U.S. Patent and Trademark Office on Aug 17, 2022.

The pose and its protection under IPR are recognised by WIPO as that the sports celebrities can Register themselves as trademark and this recognition by WIPO under Sport and Branding is accepted by the International Trademark Association (INTA) that “person name as likeness can be developed into trademark if the celebrity relinquishes the publicity rights on basis of some commercial benefit(royalties). In India, the concept of pose & IPR protection is dealt with under 2015, draft manual.

Author: Ganesh Santhosh Reddy Kallam, A Student of Presidency University, in case of any queries please contact/write back to us via email to chhavi@khuranaandkhurana.com or at  Khurana & Khurana, Advocates and IP Attorney.