The Conundrum of Taxing Games of Skill Continues

The debate around the taxation of games of skill has revived with the recent discussions of the Group of Ministers (GoM) regarding the levying of GST on casino, race course and online gaming services. The GoM initially agreed to recommend a tax of 28% but the final decision was deferred and referred back to the panel for the re-examination of issues raised by states and stakeholders. The current rate of GST on this sector of the online skill gaming industry is 18% on the Gross Gaming Revenue (GGR) and 0% on Contest Entry Fee (CEF). It was proposed by the panel that tax be imposed on the entire contest entry amount rather than just the platform charge. The panel removed the distinction on the basis of the difference between games of skill or chance. Despite the fact that the issue is back for re-examination, the Finance Minister’s strong position was apparent by her tough words. According to her, “Whether it is horse racing, online gaming or casinos, the common thread as highlighted by the GoM is that they are all essentially gambling and should be taxed accordingly.” The government’s anticipated action has been fiercely, but subtly, opposed by the actors in the business, principally on the grounds that such a step would unreasonably augment the economic onus of the industry potentially leading to killing its financial health. According to Sameer Barde, E-Gaming Federation’s Chief Executive Officer, such a step would “annihilate the sunrise sector.” 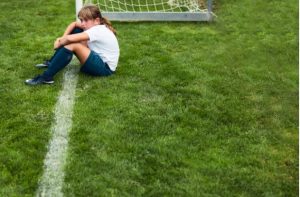 It is no news that India’s $2 billion online gaming industry suffers from a serious image problem due to the perception that online games are nothing but a rich man’s gambit and ultimately lead to more greed and gambling. But there exists a dire need to analyze a very fundamental legal question, while not letting the industry directed prejudice cloud our minds – is it possible for games of skills to be clubbed together with and treated in the same manner as gambling and betting in the instances when they are available on online platforms? The distinction between games of skill and games of chance has existed since the enactment of Public Gambling Act in 1867 which prohibited the latter unless licensed. States and even the judiciary have not included games of skill and horse racing under the ambit of gambling. The Supreme Court’s ruling in the K Satyanarayana case, which was rendered in 1967, established the legal precedent for this difference. In the case of Chamarbaugwala, the apex court emphasized on the doctrine of severability and the examination of preponderance for the determination of the category that a game falls within – skills or chance. Following the same principle, the two have always been treated as separate categories by the courts. However, these laws were established when online gaming was not foreseen. Law has since evolved, as a result of judicial approval, to include under its purview the games of skill which are offered online. In the recent pronouncement of Head Digital Works Private Limited given by the Kerala HC and Federation of Indian Fantasy Sports by the Karnataka HC, it has been held that even if games of skill are offered on online platforms and are played for stakes, they still are colored by hues of gambling or betting or wagering and do not attract any punitive consequences. Restricting the same was held to be violative of the right to trade and commerce guaranteed under Article 19(1)(g) of the Constitution and the right to equality guaranteed under Article 14 of the Constitution.

Rule 31A (3) of the GST Act was brought in as an amendment to the act and made GST payable on the entire betting amount received by the totalizer. The same rule uses the phrase “actionable claim in the form of chance”. The use of the word “chance” would lead one to interpret that this Rule would not apply to games of skill. The government’s premise of putting games of skill and chance on the same pedestal for the purpose of taxation is unreasonable and also entirely fallacious. It is violative of the basic principle of Article 14 of the Constitution, i.e., ‘likes to be treated alike and unlikes to be treated unlike’. Online games are not equal to gambling and casinos, which are purely based on game on chance, and should not be treated in such a way either, especially considering the judicial precedents which support the same. Prize pool money is an actionable claim as under Entry 6 of Schedule III of the CGST Act, and therefore, exempt from GST. Thus, it would be desirable if the current practice of levying tax on Gross Gaming Revenue (GGR) or Platform Fee is continued. The additional burden of 28% GST (a 55% increase) would be passed on to the users and won’t be absorbed by the platforms, as is the case now. This would make the sunrise sector, which is expected to with the potential to become a $5 billion industry by 2025, unviable. Such an action would also make the users opt for illegal offshore platforms, thus leading to considerable revenue leakage.

The proposal by the GoM, in its current form, goes against the above-mentioned judicial rules by blatantly ignoring and discarding them. The ideal scenario would be the taking of a rather positive view by the panel so as to continue the current regime of taxation. There is also a need to issue a clarification to resolve litigation and provide the much-needed relief to the online industry by clearing up the situation of the differentiation between online skill-based gaming and gambling or betting. It would be in the best interest of the segment if such crucial decisions are taken by specialized bodies such as a gaming commission (such as those present in UK, USA which is qualified to look into concerning aspects of financial regulators, including money laundering. The Indian Online Gaming industry is an indispensable asset to the economy of the country as it has brought in a huge number of start-ups in the past years resulting in a hugely positive impact. The government needs to take decisions with the perspective of tapping the potential of this sector. GoM needs to reconsider its stance and send recommendations based on settled legal positions instead of covering games of pure chance and those of skill under the same generic umbrella.

Author: Nupur Barman –  Student at NALSAR University of Law, Hyderabad,  in case of any queries please contact/write back to us via email to chhavi@khuranaandkhurana.com or at  Khurana & Khurana, Advocates and IP Attorney.