Law is a dynamic field. With new inventions and developments, society evolves and so does the law.  Nobody could have predicted the existence of the internet back in the 1950s. However, there are currently 692 million active internet users in India. According to the IAMAI report titled “Internet in India”, there will be 900 million internet users in India by 2025. It is primarily used for gaming, entertainment, and online transactions. Today, platforms such as Netflix and Amazon have become primary sources of entertainment and an integral part of our daily lives. Platforms like Twitter and WhatsApp connects us to the entire world and provides a platform for us to express our opinions. Following the adage that “everything has two sides”, these platforms have become a hotbed for crime and obscenity, affecting the public at large. The obscenity shown in shows like Game of Thrones and Mirzapur on these platforms can have a significant impact on children. Because the content displayed on these platforms is unregulated, various petitions have been filed in courts seeking to impose restrictions on the content displayed on these platforms, such as Amazon and Netflix. There is currently no such rule or authority in place to pre-screen content on OTT platforms.

Several platforms, including Twitter and WhatsApp, have refused to accept and implement the rules. Live Law and The Quint, two digital media news channels, filed petitions challenging the rules’ constitutionality. With the publication of the IT rules 2021 came a slew of questions. Is there a genuine need for regulations, and if so, who will regulate and in what manner? What does the judiciary have to say about it? The author has attempted to answer these questions in this article by tracing the precedents and orders of the judiciary and the government.

We live in a digital world where platforms like Twitter and WhatsApp connect us to the entire globe and provide a platform for us to express our opinions, and where we can watch movies and television shows with a single click. However, these platforms have become crime hotspots. The prevalence of obscenity and nudity on platforms like Netflix and Amazon can have negative effects on children. Movies and shows displayed on these platforms are significantly different from the films we watch in theaters. The films in theaters are certified and pre-screened, whereas this is not the case for OTT platforms. 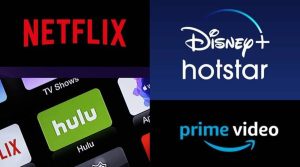 At present, there is no authority or rule conducting the pre-screening of released shows. There have been numerous petitions demanding that the content on these platforms be regulated. In the backdrop this, Ministry of Electronics and Information Technology on 27th February 2021 issued Information Technology (Intermediary Guidelines and Digital Media Ethics Code) Rules, 2021. These rules were made in supersession of the Information Technology (Intermediaries Guidelines) Rules, 2011. The said rules were issued intending to regulate the content exhibited on social media and OTT platforms and to put a check on the obscene content exhibited to the public.

Several platforms, including Twitter and WhatsApp, have refused to accept and implement the rules. Live Law and The Quint, two digital media news channels, filed petitions challenging the rules’ constitutionality. With the publication of the IT rules 2021 came a slew of questions. Is there a genuine need for regulations, and if so, who will regulate and in what manner? What does the judiciary have to say about it? The author has attempted to answer these questions in this article by tracing the precedents and orders of the judiciary and the government.

In Suo-moto writ petition the hon’ble Supreme court in response to the videos of sexual violence that have circulated on social media platforms directed that “the government may develop and formulate the necessary guidelines and rules to eliminate child pornography, rape and gangrape images, videos, and websites from content hosting platforms and other such applications”[1]. In an order dated 24 September 2019, the court also directed the said ministry to appraise the timeline for completing the procedure of notifying and announcing the new rules indicating the urgent need to regulate such platforms. Therefore, in accordance with this judgment it can be said that the GOI came up with Information Technology (Intermediary Guidelines and Digital Media Ethics Code) Rules, 2021.

Subsequently, the Government issued a gazette notification No. S.O. 4040 (E) under signature of our President, “bringing online films and audio-visual programmes, and online news and current affairs content under the ambit of Ministry of Information and Broadcasting (I&B)”, on 9 November 2020. This move can be an indirect inclination towards bringing such type of content under regulations by the government.

However, in the case of “Justice for Rights Foundation v. Union of India”[2] statements and affidavits were given by both above mentioned ministries which raised the question of need of the regulations. In the aforementioned case, the Justice for Rights Foundation, a non-governmental organization, filed a petition High Court of Delhi contending that OTT platforms such as Netflix, Amazon, Hotstar etc. are not regulated and operate without any kind of pre-screening. The case was brought before the Supreme Court of India, which demanded an explanation from the government of India as to why there were no regulations on these platforms.

To this, Meity stated that “they do not have the authority to regulate the content on the internet and there is no provision for regulating or licensing for an organization or establishment for putting up content on the internet.” Furthermore, MIB also stated that “the online platforms are not required to obtain any license from the Ministry of Information or Broadcasting for displaying their contents and the same is not regulated by the said Ministry”. Ministry of IB also added that that “there are enough provisions in the Information Technology Act, 2000 for dealing with content that transmit material in an obscene form or for dealing with content transmitting sexually explicit acts. The Supreme Court agreed with this and held that there was no need of any regulatory law on the OTT platforms as there are enough safeguards in the IT Act, 2000 if any person is aggrieved with the form of content shown on such platforms.”[3]

These statements added to the difficulty of comprehending the necessity of the regulations themselves. On the one hand, there is sufficient legislation and no need for regulations, while on the other, there are new IT rules.

It is pertinent to note that a Self-Regulation code formulated with the backing of the Internet and Mobile Association of India was signed by 17 such platforms. This would be accomplished through content descriptions and maturity ratings. The platforms did this in order to prevent and in fear of censorship from Government.[4] However, the Government rejected and decided to set aside the code because it lacked a detailed list of prohibited content and adequate redress mechanisms.

Furthermore, the new IT regulations prescribe for a three-tier regulatory structure for digital news media and OTT platforms. As far as OTT platforms are concerned, the rules state that they must abide by Indian law and refrain from streaming content that violates India’s integrity and sovereignty and disturbs public order. The platforms have also been cognizant of various racial and religious beliefs and practices, for example, in the recent controversy surrounding Tandav, which allegedly offended the religious sentiments of the public, certain scenes from the show were removed by Amazon. According to the rules, they must establish a three-tiered mechanism for redressal. First-tier grievance mechanisms will be established by the platforms themselves. The second level is a self-regulatory body which is to be led by a retired judge of Supreme Court or High Court or by other eminent personality. The government will establish an inter-ministerial committee (IMC) as an “oversight mechanism” for the third tier.

It is contented that the new IT Rules facilitate subtler forms of censorship, similar to the CBFC’s model of requiring film modifications before certification. Also, the three-tier regulatory framework lacks independence. The third tier, the Inter-Departmental Committee, is made up entirely of bureaucrats and there is no representation from the judiciary or civil society raising questions on the validity of the rules.  Regulations can ensure that nothing illegal is displayed, but censorship blurs or removes politically sensitive content or abuse, either voluntarily or under external pressure. Regulating platforms externally may lead to self-censorship and limit creative freedom. Various petitions challenging the rules are pending in high courts, but the Supreme Court has stayed all petitions regarding OTT regulations. Only time would tell how these guidelines are going to be implemented.

There are a lot of perplexities which needs to be answered with respect to the validity of the rules as well as the regulations on the platforms. This dilemma can be only solved by clearly addressing the harms and then if only regulations are required, the correct way to regulate should be adopted, which is through correct legislation enacted by the legislature and not through the executive rule making powers provided by an Act. The regulations should be created with artistic freedom in mind and in a manner that does not constitute censorship.

Author: Vandana Kaniya IIIrd Year, BBA LLB, School of Law, NMIMS Hyderabad, in case of any queries please contact/write back to us via email to chhavi@khuranaandkhurana.com or at  Khurana & Khurana, Advocates and IP Attorney.