Digitalizing Marriage : In The Light of Recent Judicial Perspective.

Marriage is in our existence since time immemorial. It is considered as a sacrosanct union between husband and wife. Indian wedding traditions differ by area, religion, society, and the bride and groom’s individual tastes. In India, they are joyous occasions that are typically marked by elaborate decorations, color, gowns, music, dance, costumes, and customs that are based on the preferences of the bride and groom’s community, area, and religion. Every year, India witnesses around 10 million weddings, nearly 80% of which are Hindu unions. There are certain legal provisions which every pair has to adhere to in order to solemnize marriage. Production of certain documents such as residential proof of bride and groom, age verification certificates, evidence of marriage such as invitation card and affidavit from local authorities are some of the prerequisites to attain marriage credibility in India. A new type of union known as an interfaith marriage or mixed marriage, when the bride and groom profess different faiths or religions, is quickly gaining popularity in the wake of modern society. This type of marriage is in contrary to traditional belief that marriage can only be solemnized within ones religion. 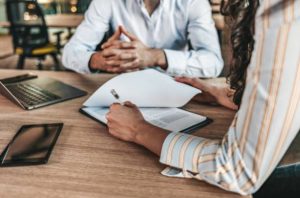 In India marriage is governed by the personal laws of the parties. For instance Hindu Marriage Act 1955 governs the marriage of persons professing Hindu faith. In order to legalize as well as recognize interfaith marriage, the parliament has passed Special Marriage Act, 1954. The act’s purpose is to make civil (registered) marriages possible for Indian citizens living abroad as well as for Indian citizens living in India, regardless of the faith followed by either party. Section 12 of the Special Marriage Act, 1954 specifies physical attendance before the marriage officer along with production of necessary documents to be filed before the date of solemnization of marriage.

Certain compromises must be made in order to recognize international marriage. The major beneficiaries of online marriage solemnization are those who reside outside of India and are unable to travel there or supply the required documentation because they are inaccessible or nonexistent in their country. We have all seen the usefulness of video conferencing over the last few years during the pandemic era, when people were confined to their homes. Literally, if there were no electronic media, we would all be inactive for close to two years. The majority of people’s daily tasks, such as going to school or college, appearing before the court of law, and seeing a doctor were completed online. Since video conferencing has such a wide range of uses, we continue to see its employment even in the post-pandemic era. Additionally it is a well-established fact that video conferencing is a cost effective as well as environment friendly alternative.  There has been a few judgments where the Hon’ble judges has pointed out the practicality and acceptability of video conferencing.

A petition for a writ of mandamus was filed under Article 226 of the Indian Constitution before Justice G.R Swaminathan, asking the court to order the respondent to conduct the marriage of the petitioner and the bridegroom via video conference and to register the same under the Special Marriage Act of 1954. The court is in the opinion that in today’s cyber era, video conferencing is a viable medium of communication especially when physical presence is not possible. Hon’ble Court sited a speech delivered by Swami Vivekananda where he mentioned a scenario where to perform a certain ceremony a golden statue of Sita was erected by Rama to justify her absence. Hon’ble Court also cited an observation made by a Supreme Court division bench which discussed the fact that the Special Marriage Act was enacted prior to the advancement in computer technology and internet. It further emphasized that law should not be too rigid not enabling parties to follow. Parties should be enabled to choose their preferred way of solemnizing marriage. The court also cited a recent Information Technology Act case that ruled that laws must adapt to the demands of a developing society and that the Act’s interpretation should be practical. According to the court, Sections 12 and 13 of the Special Marriage Act of 1954 should be interpreted in a way that fully satisfies the right to marriage, which is a basic human right. Thus, the court approved the previous method of marriage solemnization.

Author: Debarun Mukherjee, BBA LL.B (third year), New Law College, Bharati Vidyapeeth University Pune, in case of any queries please contact/write back to us via email to chhavi@khuranaandkhurana.com or at  Khurana & Khurana, Advocates and IP Attorney.