When a court restrains a party to the suit or proceedings before it from institution of a case in another court, including a foreign court it is called Anti Suit Injunction. They have become common these days mainly due to the application of foreign law in contracts and arbitration clauses. Through the present judgement The Honorable High Court of Delhi has explained the different types of injunctions regarding the appropriate forum. 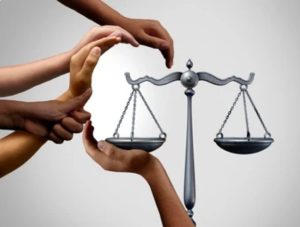 [Picture Credit: gettyimage]The court applied the troika test of prima facie case on the basis of balance of convenience, irreplaceable loss and finally arrived at a conclusion that granting a mere Anti Suit Injunction would render Interdigital remedial against the violations it faced. Subsequently, being the first of its kind the Indian court allowed the Anti Anti Enforcement Suit Application. Therefore, the door is currently open for the disputing parties to use for anti-anti-suit injunctions given that they’re ready to meet the true high threshold of injustice, irreparable loss, oppression, or vexation

It is where the judicial authorities grant injunction against the opposite or opposing parties thereby refraining them to carry out any civil proceedings against the former in a foreign forum. It is in this specific context, which has led to the emergence of the Anti Anti Enforcement Injunction Order.

Hence, Anti Anti Enforcement Injunction Order is an injunction order that prevents parties from going ahead with an ASI suit. There is no written law about enforcement of these injunctions but the passing of these injunctions is mandated by the court as the court is an independent and sovereign body when compared to a private body such as that of a tribunal. These injunctions can only be enforced in the extreme cases where if the injunction is not passed then it can lead to gross violation and injustice.  AASI suit can be invoked only when there is already an existent presence of the ASI pending before the foreign court.

It is a typical patent and it becomes essential to a given standard when it contributes to being a participative of that standard. it mainly gives a long-term protection and control over an invention.

Denotes an acronym for fair, reasonable and non-discriminative. It is mainly used in cases where the owner of the intellectual property rights refuses to grant a licence on the terms of FRAND.

SUMMARY OF THE FACTS

In this case an interdigitated technology corporation was a plaintiff and by way of a civil suit it had approached this honourable Delhi High court against Xiomi corporation who in this case were the defendants. The matter was mainly focused on alleging an infringement of the standard essential patents by the defendants. The defendants used to manufacture cellular handsets which were compatible with the 3G and 4G standards and technology which contained in the standard essential patents was actually held by the plaintiffs. According to the plaintiffs the SEP was a requisite licence which was peculiar in nature which was not obtained from the plaintiffs.  SEP should be fair and reasonable and must be non-discriminatory.

FACTS OF THE PROCEEDINGS IN DETAIL

ARGUMENTS OF THE PETITIONER:

ARGUMENTS MADE BY THE RESPONDENT:

The court ordered in favour of the plaintiff to grant ad-interim injunction as the only way   for a standard essential patent holder to move things ahead is the infringement action. Subsequently, it held that if the proceedings against the defendant ended, there would be no deterring factors left to violate the plaintiffs right over the patents. Further, the court also stated that unless all remedies have been exhausted by the defendant, they cannot enforce the order of Wuhan’s People’s Court against the plaintiffs.

The present order passed raising several issues. The case at the Wuhan’s Court revolved around lack of transparency by Interdigital as they failed to share the rationale for arriving at a reasonable licensing fee. With respect to the same, the alleged defendants found the licensing fee quite higher in comparison to the similar licences granted. It is quite imperative to note here that India is an important global market for mobile devices and FRAND rates would have been included in the Indian jurisdiction. At the same time, Interdigital has a lot more patents filed in China in comparison to India. Henceforth, the determination of global FRAND rates was important for China too. Xiomi did not claim the non-usage of technology of the SEP’s of Interdigital in China/India, thereby indicating their inclination for using SEP’s of plaintiff’s in either of the countries. Hence, the only issue was regarding the FRAND rates which were already pending in the People’s Court of Wuhan. It would have been better if the Delhi HC had slowed down the case, until the same was decided in China. Also, the grant if such an injunction doesn’t interfere with the jurisdiction of a sovereign and independent foreign body, its main goal is to implement the order passed by the foreign authority, within its territories. When the court holds the view that any party has been deprived of his/ her constitutional rights, in such a case it has all the rights to protect the rights and interest of the aggrieved party. Recently, the German court pointed out towards the judgement given by the Delhi High court, signifying the importance of the same .it stated that if the courts would have favoured the respondents, it would completely debar the plaintiffs to seek justice from any court over the world, hence limiting and exhausting the legal remedies available.

Subsequently, 2021 as a further development, Xiomi suffered another jolt with regards to SEP’s with Interdigital , once again leading to the loss in case in the High Court of Munich. As a result of such events happening at regular intervals, Xiomi is no longer allowed to enforce any Anti Injunction Suit from people’s court in China against Interdigital in Germany, thereby increasing the foothold of the Indian Judgment, so pronounced.

Author: Deepa Mehta – a student of  School of Excellence in Law,  in case of any queries please contact/write back to us via email chhavi@khuranaandkhurana.com or at Khurana & Khurana, Advocates and IP Attorney.