The following article is based around one of the most beloved  sport’s in the world, while football surely has been a sport wherein investment by corporate is lucrative, over the past few years especially now with the word ‘Pandemic’.  Most recently EA sports lost a lot of money( close to 840 million dollars) as they lost rights to play Juventus a Turin Based football club in their game. There are smallest of peculiarities that have been patented by many European clubs from their Kit’s to their colour, to certain celebratory movements, the sounds or theme of a club to even more recently a  Canadian firm went ahead and registered the Whistle used by referees with a certain set decibel at which every whistle should go. 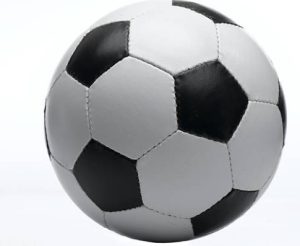 [Picture Credit: gettyimage]
While games like Pubg, Dota, Free fire have grown in their stature to a point that they have descended and rather become a very pivotal part of the existing pop culture. With the concurrent  situation traditional games need to ensure new ways to penetrate the market and stay relevant. A Basketball player being able to see himself as his idol in virtual reality is  a great source of joy and the market statistics are there to prove the detractors wrong. In a similar fashion Football which is one of the most played games since history of sports is today being simulated through a huge market investment force that is seeing a content return through the same. However, there are issues of ownership and trademarks being embroiled in the same.

All of us know players have their own individuality on the field, certain movements, certain ways they wish to project themselves that once generic is distinctively associated with them for the heights they achieve in their careers. Jesse Lingard is one of the recent personalities to have entered that domain with his JLINGZ and pictorials of his presentation. These moves ensure footballers to earn apart from their already handsome salaries in the form of third party agreements, collaboration’s and even their merchandise deals. These players hence through their reach and following might publicly ascertain a certain move or make as their own with the followers supporting the fact of distinction.  This certainly legitimizes the requirements a trademark needs.

While younger superstars have made great profits the trend was capped initially when a Kent based businessman Walkers crisp during the 1998 world cup which subsequently resulted in chips named “salt and Lineker” and “cheese and Owen”. There have been many such cases, to quote one of them would be the case of Juventus with FIFA 20, A new deal was struck with PES by the club wherein all their rights which included player image rights, stadium etc to be made non available for the game. The causation was a 700 Million dip in shares on the given day this was announced. There are many stadiums of whose trademark if not achieved cannot be used for in the game tracks a loss of customers in the game. AC Milan observed itself in a rift with Marriott Hotels for their revised logo and it was a battle contested in the EUIPO court. Valencia another Spanish club in recent times saw itself in a bit of trouble as it saw itself being embroiled in controversy with the much renowned DC comics  over the logo’s that they were being granted for use, DC pointed out that the pictorial representation is in close resemblance to one of it’s trademarked associations that being the batman character.

Later albeit it was ruled by the European court of arbitration that the character’s were distinctively different in representation and rather would be differentiated effectively coexistence not creating any confusion amongst the consumers. – the famed Italian club faced opposition from Marriot Group of hotels with regards to the ‘AC’ moniker to be registered, thankfully the court realized that there existed a great difference in how both were being viewed by the public and there needn’t be much similarity in that case and hence the registrar  went ahead without infringing upon either of the brands. Many such cases have been covered for instance Bendtner fell foul of UEFA rules when celebrating a goal during the finals of the EURO 2012 as he revealed his “paddy powder pants”  in the process, gaining a decent amount of traction amidst the process.  This violated their rules of no promotions on Undergarment during game time but certainly awarded some sort of relief in the form of ambush marketing to the company.

Far over are the days when only broadcasters were interested in the rights of a player today from Figurine manufacturers to every person related to the creation of the teams video games to the financial team of a company all have their eye on a player.

Many of the top players across the world have exclusive image deals with their teams and at least partial say on how those rights shall be used.  While even if these are European footballers even under the Indian constitution. Article 19 (g) guarantee’s the freedom to practice the sale and usage of rights regarding the same. Through the inclusion of  such name fetch players, the various rights sold are beneficial in creating demand.

Proactive Sports Management Limited v Wayne Rooney was discussed in the public eye keeping in sight the  judgement delivered by the court in the case “the right for any commercial or promotional purpose to use the Player’s name, nickname, slogan and signatures developed from time to time, image, likeness, voice, logos, get-ups, initials, team or squad number (as may be allocated to the Player from time to time), reputation, video or film portrayal, biographical information, graphical representation, electronic, animated or computer-generated representation and/or any other representation and/or right of association and/or any other right or quasi-right anywhere in the World of the Player in relation to his name, reputation, image, promotional services, and/or his performances together with the right to apply for registration of any such rights.”

Today every sports personality has these avenues created where they can continue to earn substantial income just through their exploits that made their name on the field, Just as how there exploits are etched in memory and also remembered in the future, IPR certainly allows them monopolize their earnings.

Sportsman are always on the internet or TV and probably have more screen time then even people involved in theatrics, this means their attributes, actions etc are way more in the limelight and hence lucrative for corporations to invest in. Again though there happens to be an absence of a concrete format or statute that is followed worldwide as it totally seemingly depends on the players clout which decides the split of Image rights between the team and the player which hence is subjective.

Author: Apurva Kumar Das – a student of Symbiosis law school (Hyderabad), in case of any queries please contact/write back to us via email chhavi@khuranaandkhurana.com or at Khurana & Khurana, Advocates and IP Attorney.