In its judgement in M/S. Golden Tobie Private Limited v. M/S. Golden Tobacco Limited [2021], the Delhi High Court recently delved into the interpretation of Section 8 of the Arbitration and Conciliation Act, 1996, in regard to trademark disputes. Before delving into the topic of trademark-related arbitrability, it is important to evaluate the existing state of affairs in relation to the arbitrability of IPR-related problems and the relevance of the same in India. 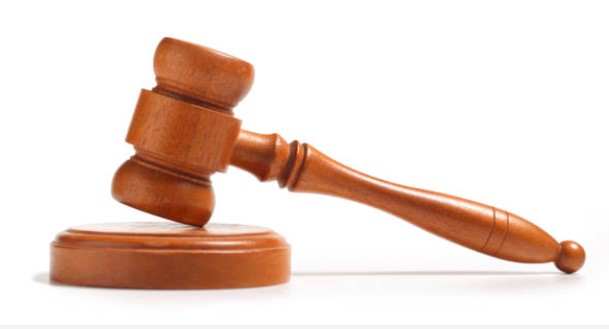 Arbitrability of IPR has always been a source of concern in India due to Section 62 of the Copyright Act [1957], which states that “an infringement matter cannot be brought before any court lower than the jurisdictionally competent District Court, causing confusion because the common interpretation was that IPR-related matters could not be arbitrated”. Different stances and judgements of various Indian courts might be utilized to assess the full conundrum of arbitrability in IPR disputes. The Hon’ble Supreme Court stated in Booz Allen & Hamilton Inc. vs. SBI Home Finance Ltd [2011] that “conflicts that come under the category of right in rem are non-arbitrable, whereas issues that fall under the category of right in personam are arbitrable.” The Hon’ble Supreme Court also said in its judgement in A. Ayyasamy vs. A. Paramasivam and Ors [2016] that “patent, copyright, and trademark issues are not arbitrable”, citing OP Malhotra’s book “The Law & Practice of Arbitration and Conciliation.”

When deciding the issue of trademark arbitrability in the case of Eros International Media Ltd. v. Telemax [2016], the Bombay High Court took a different stance. The bench held in its decision that “Section 62 did not preclude arbitration since IPR disputes are private in nature, and that IP rights are a sort of property right that could not be separated as a distinct body of law under the court’s reading of the section”. The court made the critical observation that an arbitrator could do everything that a civil court could accomplish. As a result, IPR disputes would be resolved through arbitration.

In the instant case, the parties entered into a supply agreement, a trademark licence agreement, and an amendment agreement under which the plaintiff, Golden Tobie Private Ltd. (here on referred to as GTPL), was granted an exclusive licence to sell, supply, and distribute the defendant, GTL’s cigarette brands in domestic and international markets. GTPL invested much in the project and spent heavily on advertising and promotion. GTPL, on the other hand, terminated the licence agreement and tried to remove the plaintiff’s authorization to manufacture GTL brands. The plaintiff filed a wrongful termination claim. In response, the defendant referred to the arbitration clause in the licence agreement and requested that the dispute be resolved by a single arbitrator. The plaintiff contended that the termination of the assignment agreement constituted an issue in rem, affecting interests other than the trademark’s transfer, and so was not arbitrable.

The court carefully considered the judgments cited and the arguments advanced by both parties, while considering the judgement in the case of Hero Electric Vehicles Pvt. Ltd. & Anr. vs. Lectro E-Mobility Pvt. Ltd. & Anr. [2021], which held that “the dispute did not concern trademark infringement by the defendant as a result of using deceptively similar trademarks, but rather that the right to use the trademark was conferred on the plaintiff as a result of the parties agreement.” Plaintiff had claimed that the infringement was not of the Trademark Act, but of the provisions of the agreement in question, this dispute arising from the party’s agreement was determined to be arbitrable. The Court further determined that, while the Supreme Court specifically stated in the Vidya Drolia and Ors. vs. Durga Trading Corporation [2020] case that “matters arising directly from issues of Intellectual Property would not be arbitrable, the current case however concerned the terms of the agreement rather than the trademark itself.”

The Court determined that the disputed right was drawn from the license agreement rather than trademark law. Furthermore, the court stated that the current case’s disagreement had nothing to do with trademark grant or registration, as the trademark was both given and registered. It was further noted that the assignment of a trademark was accomplished through a contract rather than through statutory fiat, and so does not imply the exercise of any sovereign duties. As a result, in compliance with the arbitration agreement, the court directed the parties to arbitration.

The current case, in my opinion, reinforced what was established in the case of Hero Electric Vehicles Pvt. Ltd.v.Lectro E-Mobility Pvt. Ltd. that “when a dispute arises as a result of an infraction of the trademark agreement between the parties, it cannot be alleged to be an infringement of the provisions of the Trademark Act, and thus the rights arising from the disputes cannot be claimed to be as a result, trademark registration is a sovereign function, but licencing or assigning is done through the instrument of contract, and the rights and obligations arising from the contract are limited to the parties to the contract, with no rights granted.  When the parties have an arbitration agreement and the cause of action arises as a result of a breach of a contract provision between the parties, and if one of the parties to the dispute wishes to refer the dispute to Arbitral Tribunal, the arbitration agreement cannot be ignored and an opportunity for the same must be provided, and the court should not absorb the dispute as that would amount to usurping the powers of the Arbitral Tribunal. This case provides more clarity on when a dispute becomes non-arbitrable, and the scope of what was held in Vidya Drolia and Ors. vs. Durga Trading Corporation is further amplified, so that the “broad scope of the Vidya Drolia judgement cannot be misconstrued or misinterpreted to bypass the arbitration clause or arbitration agreement and approach the courts.”

Author: Shubhangi Sonpir – a student of Maharashtra National Law University (Nagpur), in case of any queries please contact/write back to us via email chhavi@khuranaandkhurana.com or at Khurana & Khurana, Advocates and IP Attorney.