Censor Board Should Be Allowed To Cut Scenes?

Cinema has always played an important role in impacting the human minds and the thinking of the society. It familiarises us to various form of arts and helped us to gain knowledge about our culture and how people can lead to live different lives in the society. Millions of people have been watching cinema and it is the most important source of entertainment. Cinema plays a crucial role because it is having the most substantial description of the ideas, culture and different types of perceptions. If there will be a lack of supervision in cinema and if it will not be represented in a responsible manner then it can hamper the thinking of the society which will lead to effect the discipline of the people. Therefore, certification of films plays a pivotal role in this context. 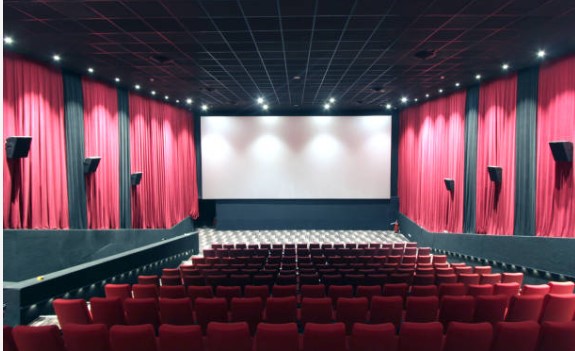 [Picture Credit: gettyimage]
India is one of the largest film industries which produces around 1000 films every year. These films have involved huge number of investments as there are lakhs of people who are involved in the film industry. Due to rise of competition in the film industry the makers do their best to promote their films globally so that it can sustain in the market for long run and from which the producers can get their returns.

Censorship is the suppression of words, images or ideas that are offensive in nature. There are the restrictions on publications and presentation of any books, plays or films etc.

Media exercises their right which are given to them under Article 19(1)(a), which talks about freedom of speech and expression. It becomes very critical to analyse and review the product before it reaches the public. The society get influenced by the news which is telecasted by the combination of audio and by visual representation.

Censorship is the last stage of examining a film and after it get examined the decision lies with the Central Board of Film Certification (CBFC) that the particular film should be allowed to viewed for the public or it should be permitted to be viewed but with certain changes in the film. It is an important process to know whether a particular film doesn’t contain content which can disturb the citizens mentally and leave them distressed.

2.2 Central Board of Film Certification

Central Board of Film Certification (CBFC) which is commonly known as Censor Board is a body that handles the film certification in India. CBFC is always been in news because of censorship issues. It is a statutory body under the Information and Broadcasting ministry, which regulates the films under the provisions of Cinematograph Act, 1952.

In the case of filmmaker Leena Manimekalai, who made a film about a girl from the Puthirai Vannar caste, approached CBFC for the certification of film argued that CBFC job is to grade the film anything else is just abuse of power.

The CBFC chairperson who was in controversy for most of the time was Mr. Pahlaj Nihalani, if we look at the data then it was the time when censor board was at its peak for controversies. During the tenure of Mr. Nihalani, most of the films were were released only after some alterations. After that the data of alteration of films are increasing day by day.

The main issue here is that in our country different types of social diversity is there. Different societies have different standards which considered acceptable. Shyam Bengal who was the Chairperson of the committee which was made by the Information and Broadcasting ministry in 2016 stated that what is considered in Malayalam industry acceptable is certified as adult in any other part of India. While this social diversity is the one reason there can be economic reason as well. For Example, Government of Tamil Nadu makes the movie Tax Free if their films are getting U grade and have a Tamil Title. This leads to a purview and created a different type of perception for filmmakers which is basically manipulation of law. “Described by the Shyam Bengal Committee”.

CONCLUSION
To conclude we can state that cinema is the most powerful tool to influence the human minds. There are different views and thinking of the society which is accepted by some groups and which is also not accepted. There is an impact of the cinema which indirectly can trigger the viewers and can change their views to think. So, it is the responsibility of CBFC to see whether any film should not lead to disturb the peace of the society. As there are certain question which remain unanswerable is, Whether CBFC holds the power to alter or make changes in the film, Whether Censorship is in violation of Article 19 of the Indian Constitution and Whether the filmmakers should have the full liberty to make films on whatever topic they want.

Author: Jasraj Singh Bhatia – a student of Symbiosis Law School (Nagpur), in case of any queries please contact/write back to us via email chhavi@khuranaandkhurana.com or at Khurana & Khurana, Advocates and IP Attorney.