India’s strive for independence was spread over a span of over two centuries and to commemorate the achievements and the glorious history of India’s people, culture, and achievements, on India’s 75th year of independence Prime Minister Narendra Modi launched a new initiative called Azadi ka Amrit Mahotsav. Azadi Ka Amrit Mahotsav is a set of events which is a 75-week grand celebration, hosted by different Departments and ministries of the Government of India. The journey of this initiative commenced on March 12, 2021, and it will end on August 15, 2023. The purpose is to celebrate the common perception among Indians that their country is the “best in class” in terms of the social, political, and economic realm.

The themes of Azadi ka Amrit Mahotsav are: 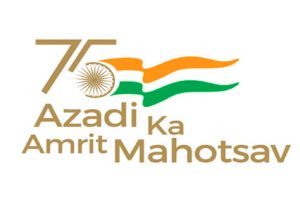 Now, let’s discuss the themes one by one along with the events and programmes.

To eliminate British control in India, several significant historical events occurred between 1857 and 1947. One of the most significant periods in Indian history is the Indian Freedom Struggle. To commemorate the unsung heroes whose sacrifices made freedom a reality for us, the government of India came up with this initiative. This initiative also outlines the regional history of each district in our nation and how it relates to India’s freedom struggle.

Currently, India is in the biggest makeover phase but as we know that with the evolving world, India needs new ideas for growth and transformation. The government of India introduced this phase to encourage ideas that will guide us through the period of Amrit Kaal (Between India@75 to India@100). Programmes include participatory initiatives that help India in bringing out unique contributions to the world. One such event would be Kashi Utsav, which is pertaining to the Hindi Literary luminaries like Goswami Tulsidas and Sant Kabir from Kashi. It also included Postcards to the Prime Minister which envisaged 75lakh children writing what they vision of India in 2047 and how they feel about unsung heroes in India’s struggle for independence in any Hindi or English or any Scheduled Language.

This initiative focuses on Getting the people together to shape the future of our motherland which will happen only through collective, well-laid-out plans. This will get people to work together with a deep driven sense of purpose. What we envisage our country to be like by 2047 requires every individual, group etc. to rise and play their parts responsibly. One such event in this initiative would be by the Ministry of Women and Child Development, Ministry of Information and Broadcasting organized a nutrition campaign through songs, and hymns at Anganwadi Center located on Damkaura Road, Beti Bachao-Beti Padhao, Women and children were made aware of saving water and water conservation.

The government of India is committed to building an Aatmanirbhar Bharat. For building a self-reliant India everyone’s efforts are needed, and that explains Prime Minister’s clarion call for SABKA SAATH. SABKA VIKAS. SABKA VISHWAS, SABKA PRAYAS Through a number of programmes and plans for the overall welfare of the underprivileged and marginalised elements of society, the government has been working to guarantee that all of the country’s residents have the basics they need. Whether it be in the astronomical number of houses constructed (under the PM Awas Yojana), the provision of water connections (under the Jal Jeevan Mission), bank accounts (under the Jan Dhan programme), the direct benefit transfer to farmers (under the PM KISAN programme), or the provision of free gas connections (under the Ujjwala programme).

One of the many other schemes would be Gati Shakti Scheme. Gati Shakti Scheme subsumed the National Infrastructure Pipeline which was introduced in 2019. This plan brought together 16 Ministries, including railways and roadways. This scheme mainly was based on cutting down logistic costs. It basically aims at coordinated planning and execution of infrastructural projects. This will not only increase cargo handling capacity but also help the Government of India achieve its target of expanding the national highway network to 2lakh km, extending 4G connectivity in the country, and creating more highways, new defence corridors, more water aerodromes, and industrial corridors.

This theme pertains to the collective achievements of India with a legacy of 5000+ years of ancient history.  Swarnim Vijay Varsh is one such initiative to celebrate India’s successful military operation over Pakistan in 1971. The other initiative was Shreshtha Yojana during Mahaparinirvan Diwas. Shreshtha Yojna would support the socioeconomic advancement and overall development of the kids from Scheduled Castes. In order to provide 24800 deserving SC students with quality residential education from class 9th to 12th in reputable private residential schools in aspirational districts identified by the NITI Aayog, in educationally underdeveloped districts, and in districts with a population of SC community at the national average, the Ministry has decided to provide support over the next five years totalling approximately Rs. 300 crores.

Events, exhibitions (both online and offline), publications, and the development of museums including the unsung or unacknowledged heroes of the Indian liberation movement will be organized during the “Azadi ka Amrit Mahotsav.” Many freedom warriors do not fit within the typical narrative of the independence movement. more so for individuals who come from marginalized or indigenous parts of society. Veer Gundandhur, the leader of the tribal people of Bastar in the war for liberation, is one such instance. Then there are those like Velu Nachiyar, Bhikaji Cama, and numerous others whose contributions have not yet been made public. Throughout the activities, the values of human fortitude, kindness, and selflessness will be celebrated and encouraged.

Author: Divya –  a student of New Law College (Pune),  in case of any queries please contact/write back to us via email to chhavi@khuranaandkhurana.com or at IIPRD.